After failing to play his way into the Tour Championship, Jordan Spieth now faces a punishment from the PGA Tour. His penance: a $20k fine and/or a three-tournament suspension.

Because Spieth didn’t qualify for East Lake, he will violate the PGA Tour’s scheduling rule that mandates Tour members either play a new tournament (one they haven’t played in four years) or tee it up in 25-plus events. Spieth has done neither in the 2017-18 season.

Is this a sensible rule? We posed the question to our panel of experts in this week’s Tour Confidential. Here’s how they responded:

Josh Sens, contributing writer (@Josh_Sens): The reasoning behind it is. The idea is to bolster the strength of fields across the season. That’s good for the Tour as a whole. If Spieth gets dinged, it’s not because he didn’t have plenty of opportunities to meet the minimum requirements this season.

Jeff Ritter, digital development editor (@Jeff_Ritter): Agree. You need the rule to incentivize stars to vary their schedules and add a little juice to the lower-wattage events. Spieth was done in by his own tight schedule, and the fact that he didn’t make it to East Lake. He’ll be able to scrounge up $20K.

Alan Shipnuck, senior writer (@AlanShipnuck): It’s a very sensible rule and the penalties should be much steeper. Steph Curry and LeBron go to every NBA city, no matter how bad the home team is. It badly hurts the Tour product that the stars skip half the tournaments each year. The Tour would be much better off with only 25 tournaments a year instead of 40+. 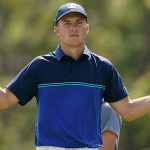 You may also like Behind the PGA Tour rule that could cost Jordan Spieth $20,000 (or a suspension)

Dylan Dethier, associate editor (@Dylan_Dethier): Twenty-five tournaments a year plus a true offseason sounds like a way to prune back the Tour and leave something stronger and healthier. Sign me up! This is a great rule and, ultimately, an inconsequential penalty. Are they going to suspend Spieth for three Fall Series events? I think he’ll be okay.

Joe Passov, Courses and Travel editor (@JoePassov): I like the rule, too, just to keep some of the big names checking in once in awhile at the needier Tour stops. Yet it seems unduly harsh in Spieth’s case. I mean, this is the guy that came back to the John Deere a few years ago when he didn’t have to — and practically was all the star power at the Byron Nelson this year. Still, the boys who have already weighed in are right. Bottom line is the bottom line, and if by a quirk he just misses out on Atlanta, I think Jordan can handle the freight.

Michael Bamberger, senior writer: Again, I stand with Joe. It’s a sensible and needed rule. It’s odd that the person who got caught in its netting is the most affable, well-rounded and caring player among the big names. But even Spieth must understand that a rule is a rule, and this is a needed one.