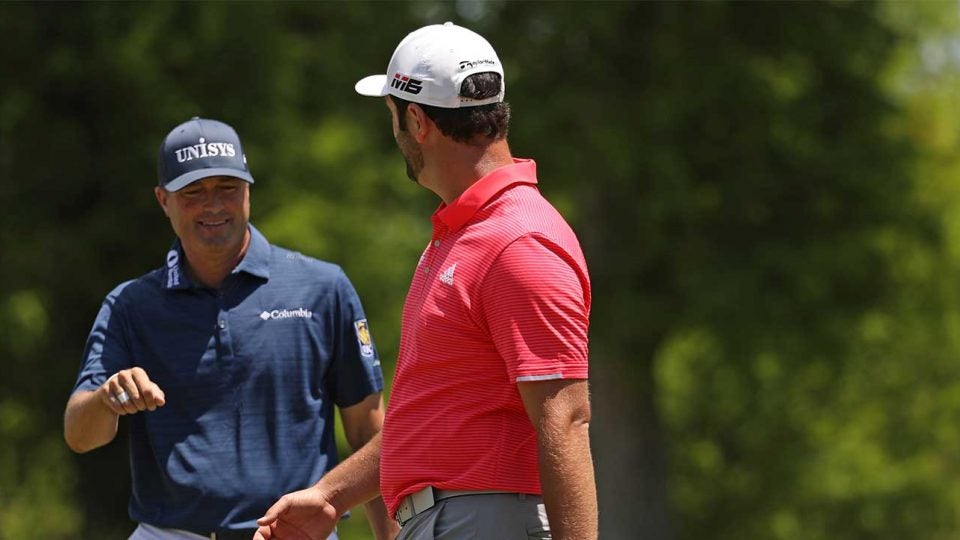 Ryan Palmer and Jon Rahm celebrate during the final round of the Zurich Classic on Sunday.
Getty Images

Year 3 of the team event at the Zurich Classic of New Orleans finished on Sunday with little drama, as the leaders took control on the back nine and never let up. Here’s what you missed.

How it happened: Rahm and Palmer held the 54-hole co-lead with Scott Stallings and Trey Mullinax, but Rahm and Palmer birdied the 10th and then made pars on 11 and 12 as other groups fell off the pace with bogeys. Rahm and Palmer widened the gap with birdies on 13 and 14 — Rahm nearly holed out for eagle on 13, leading to a tap-in birdie; and Palmer rolled in an 11-footer on 14. They made all pars the rest of the way in a three-shot victory. 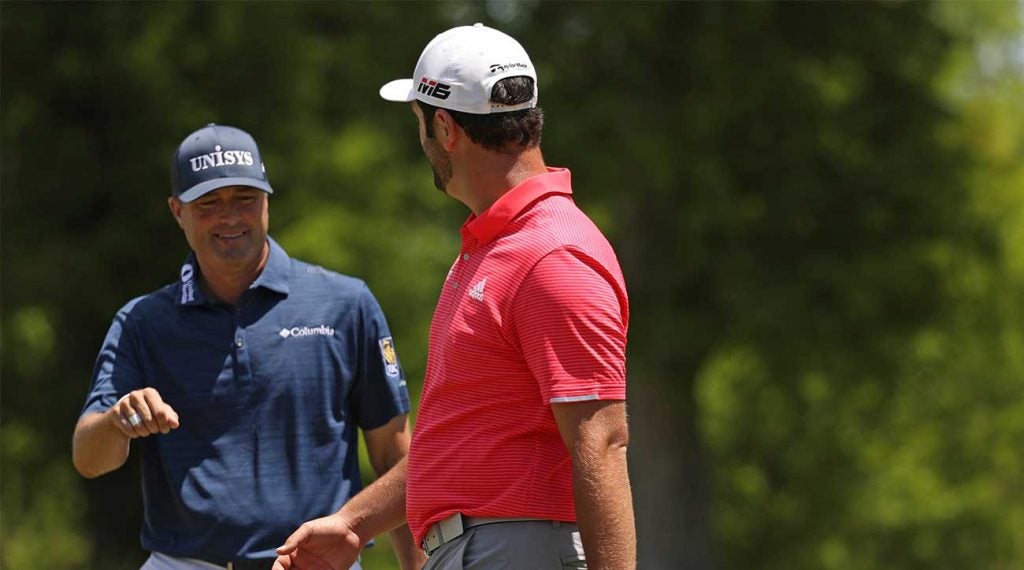 Ryan Palmer and Jon Rahm celebrate during the final round of the Zurich Classic on Sunday.
Getty Images

Why it matters: It’s Rahm’s third PGA Tour victory and first of the year, but the win was even sweeter for his partner, Palmer, who at 42 is 18 years older than Rahm (24). Palmer has now won four times on Tour, but this was his first in nearly a decade. His last victory was the Sony Open in 2010.

Who lost: Mullinax and Stallings were tied with Rahm and Palmer to begin the day, but they played the front nine in one over and then, still just one off the lead at the turn, made bogeys on 11, 13 and the drivable par-4 16 to tumble out of contention. They shot 77 and tied for 13th.

Best shot when it mattered: Faced with a 24-footer to save par on the 15th hole, Rahm drained it and kept their three-shot lead (and momentum) intact. That came after the duo birdied the 13th and 14th to push ahead of the pack.

Best finish: Sergio Garcia and Tommy Fleetwood birdied the final two holes — highlighted by Garcia’s 29-foot birdie putt from off the green on 17 – to shoot 68 and grab the clubhouse lead, which stood until the final group of Palmer and Rahm came through. The European duo finished alone in second.

Up next: The Tour heads to Charlotte, N.C., for the Wells Fargo Championship. Tiger Woods won’t make the trip, but it’s still a strong field that includes Rory McIlroy, Jason Day, Justin Rose and Phil Mickelson.