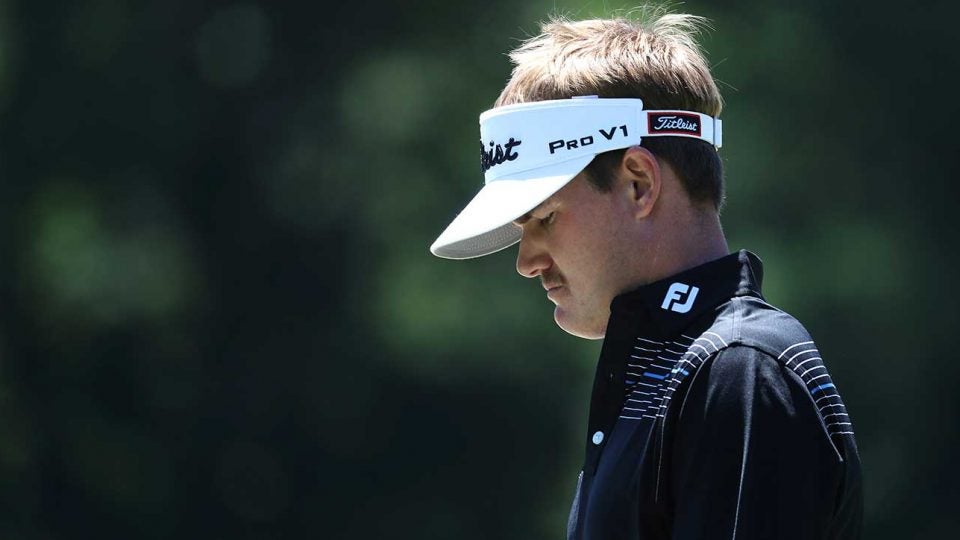 John Peterson put together a terrific round on Sunday, but it wasn't quite enough.
Getty Images

It appears that John Peterson, who said he was either going to earn enough points for PGA Tour conditional status or retire, has come up just short of the former.

This week’s A Military Tribute at The Greenbrier was the 29-year-old’s final start under a medical extension, meaning it was also his final chance at conditional status.

Peterson, the 2011 NCAA champion, closed with a four-under 66 on Sunday and, based on his tweet afterward, knew he was close to earning the FedEx Cup points needed to obtain his goal.

He ended up T13 — his best finish since he was T12 at the 2017 Waste Management Phoenix Open — but his next tweet, however, said it wasn’t enough. He needed 55.33 FedEx Cup points to gain conditional status, but instead earned 54.75, just 0.58 points short.

“It’s been a fun ride @PGATOUR,” Peterson’s tweet began. “The system is brutal, and aggravating,” he wrote in an attached note. “Maybe there is an error in there…”

He’s said several times he’s content with ending his career if he doesn’t get conditional status, and based on how his tweet read on Sunday, he seems ready to hang it up.

“I just don’t enjoy the travel out here very much; I don’t like it at all, honestly,” he told Golf Channel earlier this season. Peterson and his wife had their first child, a boy, in October. “… Don’t get me wrong, I don’t hate it out here. They treat you great every week. You have nothing to worry about. I like it a lot out here. I just kind of want to be a dad and like be around my kid and my family more often.”

Peterson, however, can always change his mind and battle his way back onto the PGA Tour through Web.com Tour Finals in the fall if he has enough FedEx Cup points to enter the qualifying. Nos. 126-200 on the FedEx Cup points list at the end of the season get a spot in the field with the goal to earn one of the 25 PGA Tour cards available. Peterson is currently 184th in those standings.