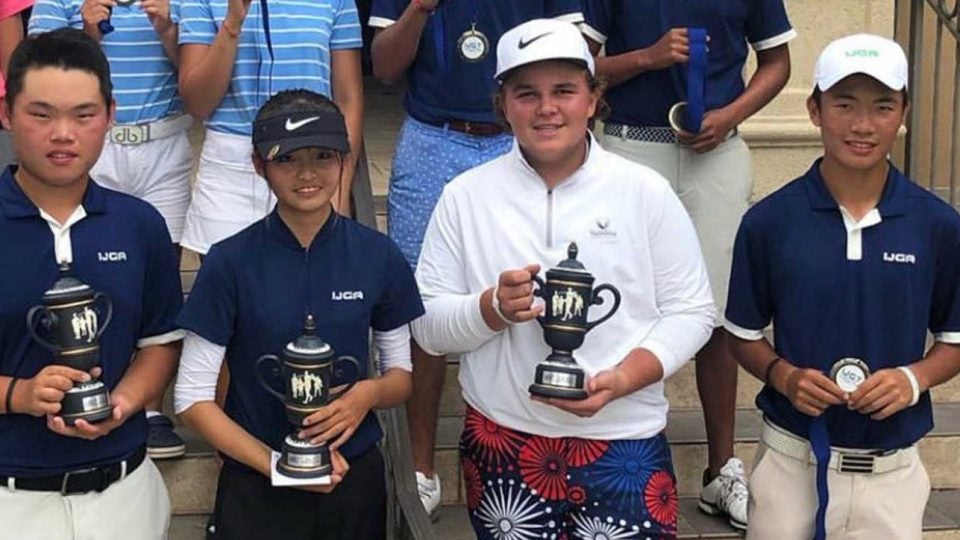 John Daly II shot scores of 70-66 to win an IJGT event by nine shots over the weekend.
John Daly

John Daly II gets plenty of attention for having a famous father. But it was the younger Daly whose golf game turned heads over the weekend. Daly II flattened the field at a competitive International Junior Golf Tour event, shooting 70-66 to win the Florida Junior in Kissimmee, Fla. by nine.

Daly’s first-round 70 included six birdies and gave him a one-shot lead at the midway point of the 36-hole event. But he truly shone in his second round, making eagle on the par-5 4th hole and five birdies on the back nine en route to six-under 66, the low round of the day by five shots.

Daly finished the tournament at eight under par; Matthew Hicks came in second at one over. The win marks Daly’s ninth on the IJGT circuit dating back to the 2016-17 season, but certainly his most dominant — especially considering the 16-year-old torched older competition in the under-19 division.

The IJGT event was truly an international affair; there were eight countries represented by the top 10 finishers.

Proud father John Daly Sr. took to Twitter after the round, posting a photo of his son, whose fireworks shorts are right on brand for the family’s fashion sense, holding his trophy.

The two Dalys have teamed up to play in recent PNC Father-Son Challenges, with the elder Daly effusive about his son’s game and work ethic.

“He’s so gifted with his hands around the greens, the way he putts,” Daly said of his son at last year’s event. “If you’re a great putter, you can score. Little John is a great ballstriker and great putter, so time will tell.

“He was great last year and 10 times better this year. You can see the work he’s putting in and it shows in the tournaments. … He has all the tools and the dad to back him, so it’s up to him.”

Daly II is part of the high school class of 2021. You can find complete results from the tournament here.