7 great stories about Joe LaCava, the best man in golf this week

Every week (pretty much) GOLF senior writer Michael Bamberger identifies — and ranks — the absolute, undeniable, very best* things in golf right now. This week, it’s all about Joe — Joe LaCava — who was inducted into the caddie Hall of Fame Wednesday night. *or at least mildly interesting

At the 1989 Masters, Seve Ballesteros, near the height of his powers as the most charismatic force in the game, was paired with Ken Green in the fourth round. Ken’s caddie was his cousin, Joe LaCava. Their mothers were sisters. It was Ken who brought Joe out on Tour, taught him how to do yardages and, as Joe would say, “the whole nine yards.” On the 10th hole, the par-4 down the hill, Ken hit his tee shot down the right and Seve hit his down the left, near a ditch, in a muddy area. He was contending, he wanted ground-under-repair relief and the first official he conferred with granted him it. Ken and Joe were apoplectic. It was pure rub of the green, a wet spot. Ken called in a second rules official and told Joe, “You stay over there.” That is, far from the action. “Joe was like me, he was emotional, and I couldn’t know what he might do.” The second guy, an R&A legend named Michael Bonallock, denied Seve relief. For Joe and Ken, it was a master class in what they already knew: stand up for what you believe. As Tiger says of him, “He’s so competitive. He’s very fiery. He wants to win.” When Woods won the Masters in April, he slammed his palms hard into LaCava’s chest and said, “We did it.” 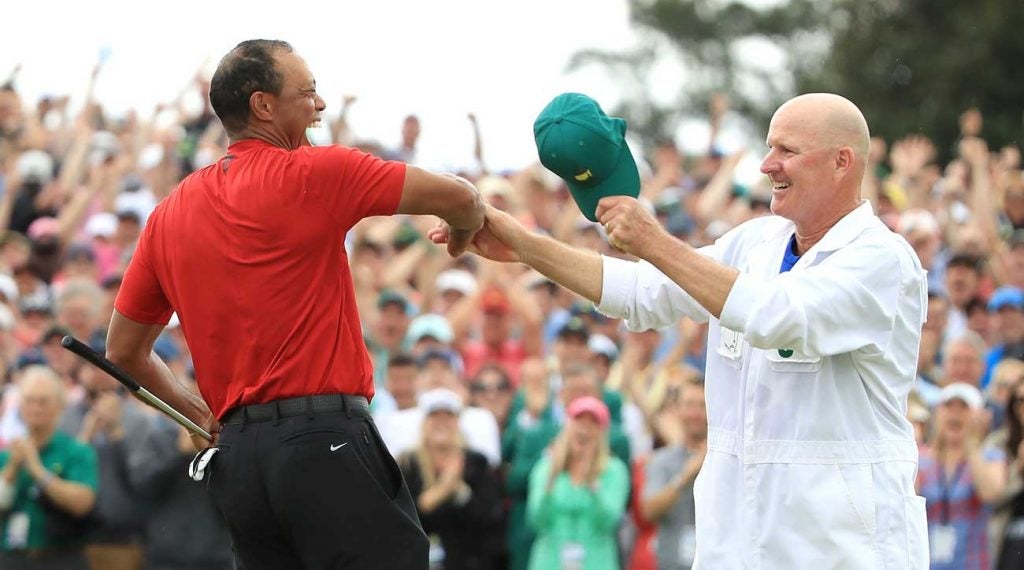 The induction ceremony took place in a big white elevated tent on the right side of the 18th green at Medinah’s Course 3. An arctic wind was blowing from the air-conditioning vents, there was a metallic blue BMW convertible on display (an 850i, whatever that means) and the room was populated by a group of men, and some women — the BMW Championship pro-am participants — who likely would not know what it means to sneak into a hotel pool on a Sunday night, post-tournament, near the Phoenix airport, before boarding a red-eye to Fort Lauderdale. And in this setting, Joe, at the mic and in front of the room, described getting a call from Tiger nine years ago, asking if he would be interested in working for him. “F— yeah,” Joe said, recounting his response. The house roared, as did Tiger, standing toward the back of the tent, looking completely at ease.

After shooting 71, one under par, on Thursday, Woods talked to reporters for a few minutes, as he nearly always does. Karen Crouse of the New York Times asked, “Was last night the most nervous you’ve ever seen Joey?” “More like uncomfortable,” Woods said. “Because he doesn’t like to be part of the spotlight. He’ll do Q&A’s and have fun with that but for him to be recognized for what he does, he’s very uncomfortable with that. He’s done this for 30 years. [Caddying] is his life.”

The golfers on the Mount Rushmore of Joe’s career are a most unlikely foursome: Ken Green, Fred Couples, Dustin Johnson and Tiger Woods. You really couldn’t have four more different personalities. But Green had a great insight into Joe the other day: “Caddying the way he does it is about reading people. He says what the player needs to hear. The caddies now are all about the numbers, but that’s not Joe. If the player says, `I’m between a hard 8 or a soft 7,’ Joe can figure out what the player actually wants to hit and give him a little more confidence over it.” It’s funny, because Joe was a finance major in college. Joe is a numbers guy. 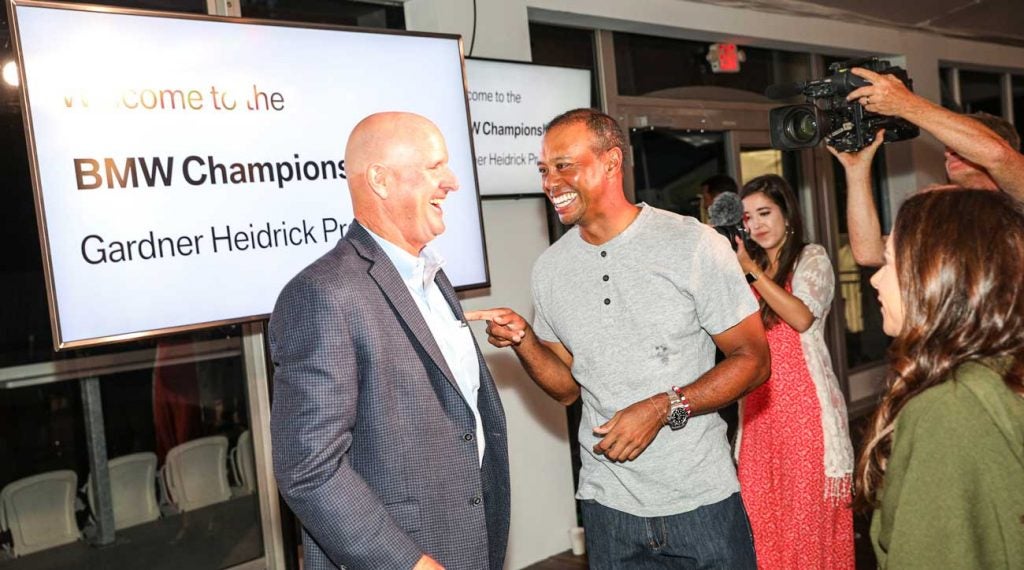 Joe’s notes for his Thursday remarks were written in pencil — a caddie always has a pencil — on a single piece of paper. He was funny, moving, warm, grateful. Afterward, a guy came up to him and said, “I write books. You’re good at this. You should write a book.” And he was off. “Who was that?” Joe asked. James Patterson, the co-author of Miracle at Augusta and scores of other bestsellers, was the answer. “I’m not the biggest reader,” Joe said. “I’m more of a New York Post guy.”

Joe and I were once walking off an empty course together. This was at a senior event, in Savannah, about 10 years ago. Another caddie ambled up, a guy who has been around for decades, old-school and not in a good way. He was talking about whatever and he was right on the verge of saying something demeaning of Jewish women. All I can say is that Joe shot the guy a look and the guy stopped cold. There are a hundred Joe stories like that.

I first saw Joe in action in 1988, while writing about his cousin and boss, Ken Green. Ken did things his own way and Joe had good hands. Their routine was to flip clubs to each other, more than occasionally. Joe and I remembered the time Green tossed his putter to Joe missing Payne Stewart’s nose by, in the retelling, two inches. We both remembered what Payne said: “If it had hit me, it would have gone back to him in two pieces.” Just a snapshot in time. Who would have guessed then how those three lives unfolded from there? Tiger was just a kid, starting his own path in his own Hall of Fame career, and to Joe.