Joaquin Niemann, 20, wins A Military Tribute at The Greenbrier in dominating fashion

Joaquin Niemann had a two-shot lead after 54 holes at the PGA Tour’s season-opening event, A Military Tribute at The Greenbrier, but a handful of hungry pros were on the chase. Here’s how the final round unfolded on the Old White TPC Course.

How it happened: Niemann got off to somewhat of a slow start on Sunday, making the turn in one under, but he broke away from the pack on the back nine. He birdied the 10th, 12th and 13th, and even a bogey on 15 was followed with a birdie on 16. Suddenly he stood on the par-5 17th tee with a four-shot lead over Tom Hoge and Richy Werenski, but he didn’t falter — not even close. He finished birdie-birdie to beat runner-up Hoge by six.

Why it matters: It’s the first PGA Tour victory for Niemann, who is still just 20 years old. He also becomes the first player from Chile to win on Tour. Sunday was his 44th pro start. Last year he played in 28 events and recorded four top 10s. He’s off to a good start in the new season.

Best stat: Good nugget from PGA Tour Communications here. As if you needed any more proof that Viktor Hovland is the real deal.

Best return: The Greenbrier had special significance to Niemann before Sunday, and now he’ll remember this place forever. He made his PGA Tour debut at The Greenbrier in 2017. He tied for 29th as an amateur.

Up next: The Tour heads to Jackson, Miss., for the Sanderson Farms Championship. Zach Johnson, Jimmy Walker and Brandt Snedeker headline the field, and Niemann is also entered. 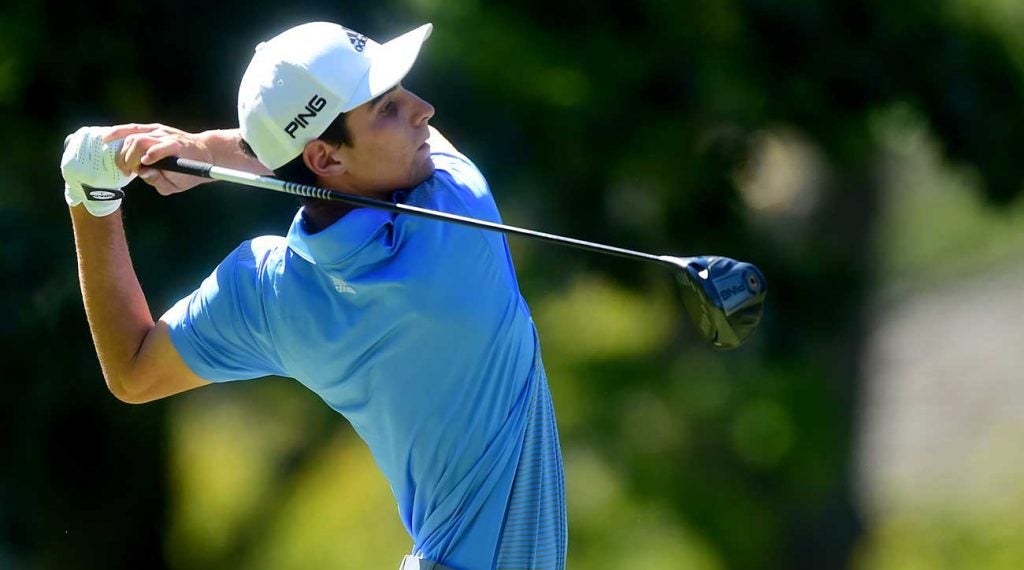 Joaquin Niemann tees off during the final round at The Greenbrier on Sunday.
Getty Images