World No. 1 Jin Young Ko just broke one of Tiger’s most impressive records 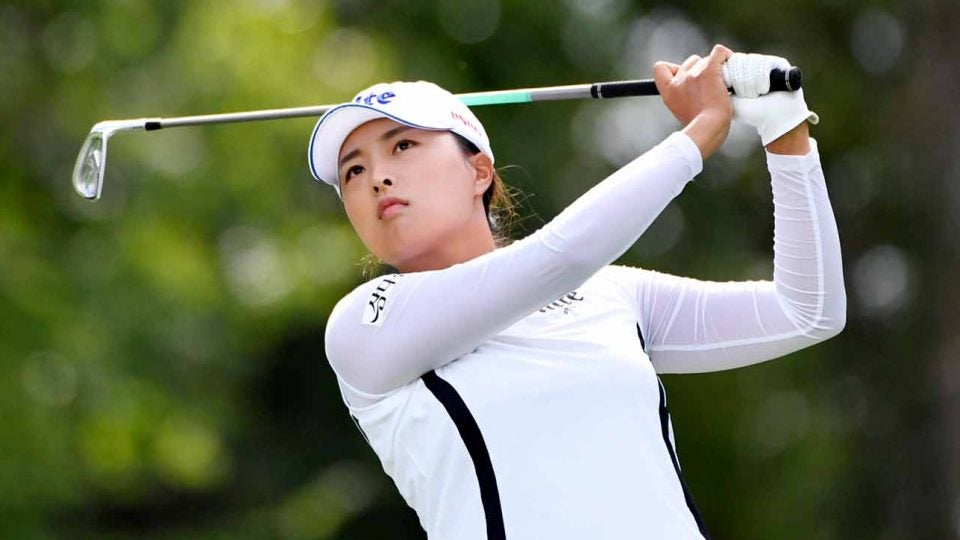 Jin Young Ko is the No. 1-ranked female player in the world.
USA Today Sports

Tiger Woods‘ 2000 season is revered as one of the greatest in the history of game, and for good reason: Woods bagged nine victories, including three majors: the U.S. Open, the British Open and the PGA Championship. He didn’t miss a single cut in 20 events, and his adjusted scoring average of 67.794 has remained in a class by itself, unmatched by any player but … Tiger, who equalled the mark again in 2007.

And how about this stat: Back in 2000, Woods played an incredible 110 holes without making a bogey. That’s over six straight rounds! Seems like a record that will never be broken, right? Well, let’s talk about LPGA player Jin Young Ko.

Ko is currently ranked No. 1 in the world, and she’s having an epic season, with four victories — including two majors, the Evian and the ANA Inspiration. And in the midst of her first round at this week’s Cambia Portland Classic, Ko added yet another impressive record to her already sterling resume: she broke Tiger’s record of 110 bogey-free holes.

Maybe Ballengee’s tweet was the jinx, because Ko parred one more hole, the 8th — her 114th straight hole without a bogey — before finally dropping a shot on the par-4 9th hole with a five.

Still, the feat surpasses Tiger’s mark by four holes, and the idea of going 115 bogey-free holes to top Ko is daunting, indeed. Is anyone up to the challenge? Time will tell.