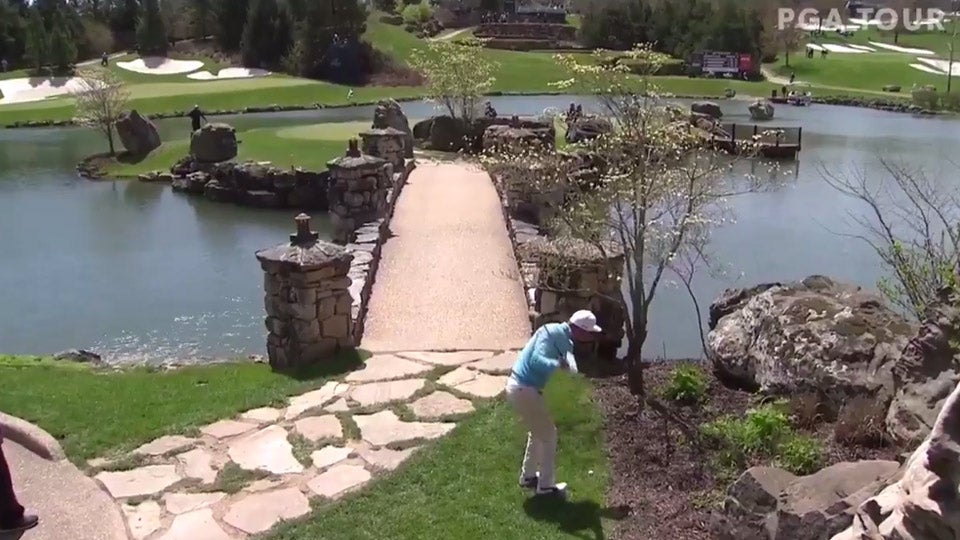 Jesper Parnevik and Jeff Maggert are playing together for the first time at the Champions Tour's Bass Pro Shops Legends of Golf.

“It was very relaxing for me because I felt like terrible,” Parnevik said. “I was so stiff this morning. It was freezing cold. I thought if I can just try to make some pars in case he ever makes a bogey, but I didn’t even have to do that.”

Playing together for the first time in the team event, Maggert and Parnevik eagled the par-5 eighth and had six birdies in the cool and breezy conditions on Big Cedar Lodge’s Buffalo Ridge course.

“We play well together,” Maggert said. “We both contributed a lot. Jesper had a lot of birdies and an eagle on our final nine. It was so cold this morning, I just was going to come out and just try to hit fairways and greens. Really I wasn’t thinking about making birdies, I was just trying to play steady and give myself an opportunity to have some birdie putts.”

The next three rounds will be played on par-3 courses. Maggert and Parnevik will play the 18-hole Top of the Rock on Friday and Sunday, and the 13-hole Mountain Top on Saturday.

Mark Calcavecchia and Woody Austin were a stroke back. They also eagled No. 8. Austin won the 2016 title with Michael Allen. Calcavecchia won the Boca Raton Championship this year.

“I lucked in a few birdies on the back, but it was tough, tough conditions,” Calcavecchia said. “Even when it warmed up a little bit, it was still tough to make birdies out there. All in all, 7 under’s a pretty good start.”

“We kind of brother-in-lawed or ham-and-egged it or partnered it,” Love said. “Neither one of us were playing great, but we had one guy in every hole and that’s kind of what you have to do. We’re going to have to go to the par 3 courses and get two birdie putts on a hole is what you really want to do and we didn’t do that enough today.”

Madison, Wisconsin, friends Steve Stricker and Jerry Kelly were tied for 22nd at 68.