SAN DIEGO (AP) — Jason Day sank an 18-inch birdie putt on the sixth playoff hole to beat Alex Noren and win the Farmers Insurance Open in front of empty grandstands on No. 18 at Torrey Pines on Monday morning.

Day and Noren had to return after grinding through five playoff holes Sunday before it got too dark to continue.

Day teed off at 8:04 a.m. and sank the winning putt 13 minutes later, his fourth birdie on the par-5 hole in the playoff.

His victory was accompanied only by the sounds of camera shutters and cheers from Day’s family members. Spectators weren’t allowed in because organizers said they didn’t have time to arrange for security. 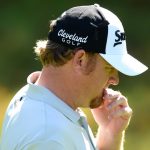 You may also like Luke Donald on sluggish final group at the Farmers: Blame J.B., but Tour officials needed to step in

Noren tried an aggressive second shot from the first cut, but his ball landed short of the green and rolled into Devlin’s Billabong, a pond that protects the hole.

Day, meanwhile, hit his second shot out of the rough and over some trees onto the fairway before hitting a beautiful approach shot that set up the winning putt.

He had a dreadful 2017, which included his mother recovering from lung cancer and a game that lost some discipline and focus.

Noren, 35, was trying for his first PGA Tour win. The Swede, who played at Oklahoma State, has nine victories on the European Tour, including four in 2016. He is No. 19 in the world.

It was the longest playoff in the tournament’s 67-year history.

Day and Noren matched each other with birdie, birdie, par, par and birdie through five playoff holes in the twilight Sunday on the blufftop course overlooking the Pacific Ocean.

Ryan Palmer was eliminated on the first extra hole with a par.