Country music singer and avid golfer Jake Owen was not too happy that he had to pay $29.99 to watch The Match between Tiger Woods and Phil Mickelson, given that the two legends didn’t play their best golf at Shadow Creek Golf Course in Las Vegas this past November.

Well, the 37-year-old songwriter was in attendance at Jordan Spieth’s wedding the day after The Match, and so was Mickelson. And after throwing back a few drinks, Owen’s liquid courage pushed him to confront the five-time major champion.

“So I walked over to him. I was like, ‘Hey Phil, you owe me f—— $29.99!” Owen said on Barstool Sports’ Fore Play podcast. “I was like, ‘For wasting four hours of my life with the s——- golf I’ve ever seen! You guys hype this whole thing up about the big match? You guys couldn’t even make three birdies between the two of you? I want my $29.99 and apologize to me for some s—– golf.'” 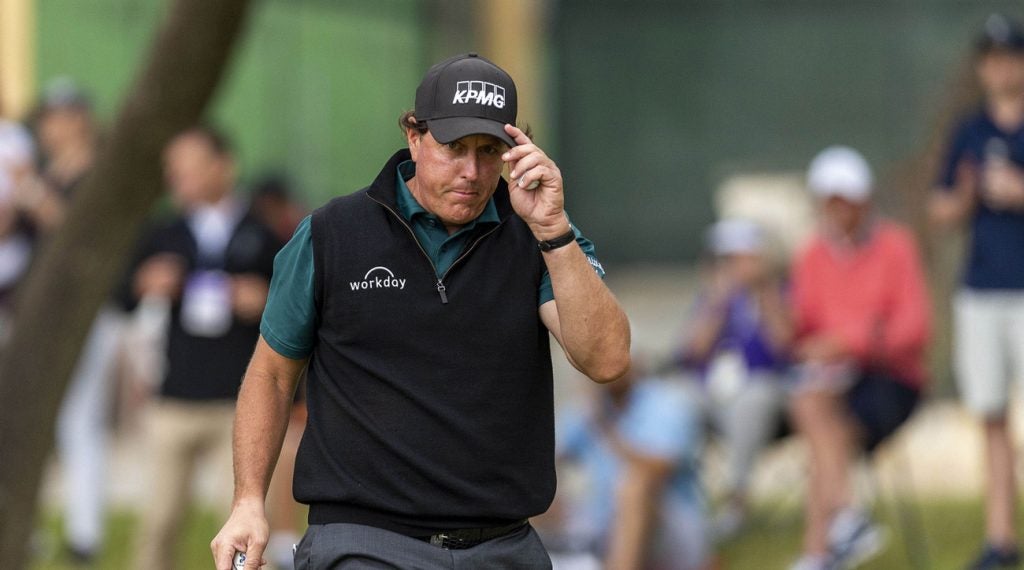 Phil Mickelson had the perfect response for Jake Owen's displeasure with The Match.
USA Today Sports

And the 44-time PGA Tour winner had the perfect response for Owen.

The 48-year-old Mickelson confirmed the story on Twitter Monday night.

So along with his win over Tiger in The Match, it’s fair to say that Phil won his showdown with the country music singer as well.