J.B. Holmes grabbed the co-lead at the Genesis Open, and then his ball disappeared 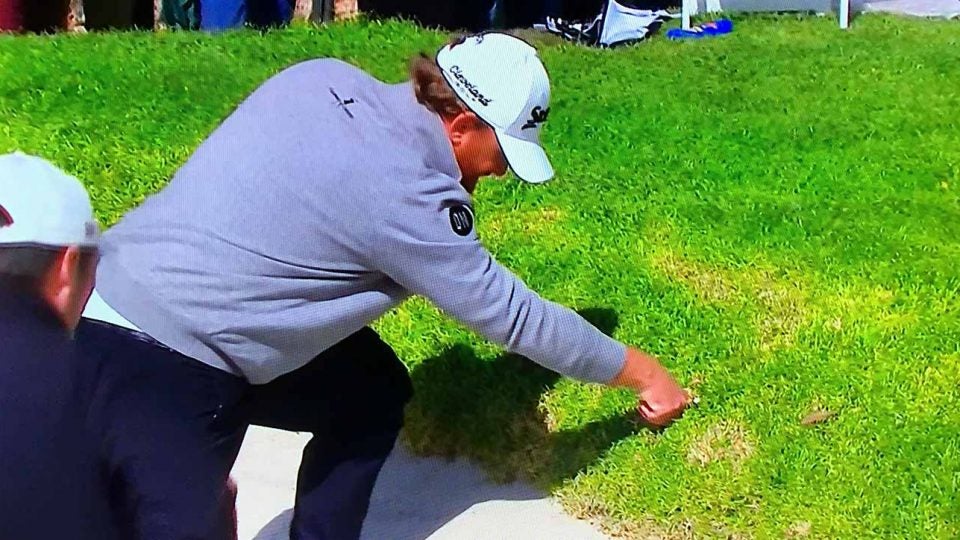 J.B. Holmes looks for his ball in the rough at Riviera Country Club.
CBS Sports

J.B. Holmes worked his way into a tie for the lead at the Genesis Open, but all of that changed at the 7th hole of the final round.

Holmes found the bunker off the tee on the par-4 7th, but his second shot from the sand barely cleared the lip of the bunker, only to get caught in Riviera’s thick kikuyu grass rough a few feet in front of him.

Holmes was stunned, as his ball literally disappeared from sight. After a little searching he found his ball and was allowed to take embedded ball relief. He’s lucky that he found his ball and wasn’t penalized a stroke, yet he was unlucky that it got caught in the first place. His shot traveled just 6 feet, 8 inches. Holmes’s third shot found the fringe and he needed two more to get in from there, making bogey and dropping out of a share of the lead with Justin Thomas.

Not a great break for JB pic.twitter.com/zJgquaPDzK

The good news for Holmes? He overtook Thomas on the back nine and then made par on the last seven holes to win by one.