Internet sensation Hosung Choi is back, and he just won on the Japan Golf Tour 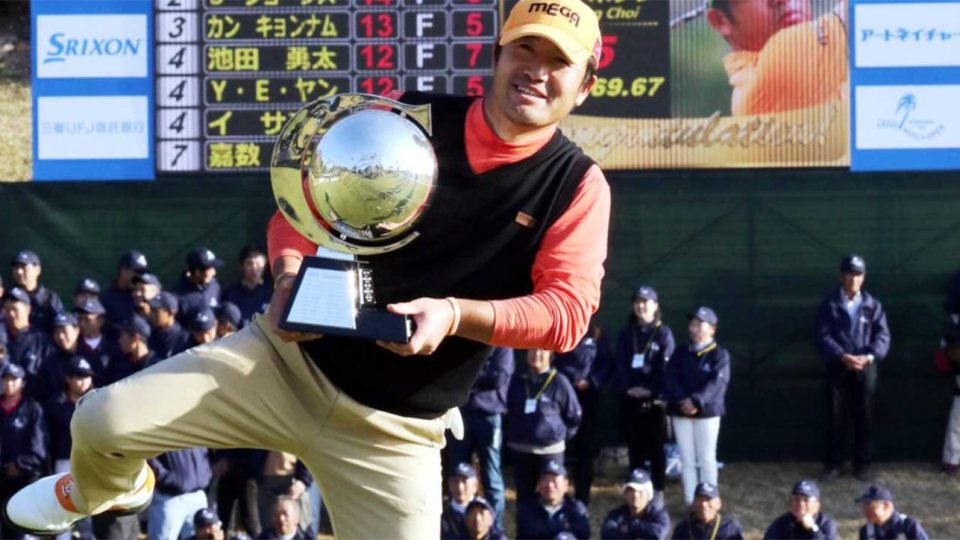 Hosong Choi holds up his trophy after winning on Sunday.
Japan Golf Tour

One of golf’s greatest characters, internet sensation Hosung Choi, is back in the winner’s circle.

Choi enchanted the golf world with his unconventional swing and on-course theatrics in June, when he contented at the Korea Open yet fell short of a British Open bid.

He didn’t win that week, but the 45-year-old came through at Kochi Kuroshio Country Club on Sunday, winning the Japan Golf Tour’s Casio World Open.

Choi was five under in his final round and finished 15 under overall, one stroke clear of runner-up Brendan Jones.

Choi has come a long way. He didn’t start playing golf until he got a part-time job at an upscale club outside of Seoul in his mid-20s.

“I lived year after year in a struggle,” he told GOLF.com. “But I had the desperate and urgent mindset that golf was all I had. I think that is what made me.”

Watch Choi put the finishing touches on his winning round in the tweets below.

Wow. He did it pic.twitter.com/K4AtvlnuIe

#hosungchoi knows how to putt well under pressure too. his biggest day…. Until he wins @pgatour next year! pic.twitter.com/G5OCPfsB6M