In a drunk Ryder Cup, Jordan Spieth is selecting Rickie Fowler as his partner 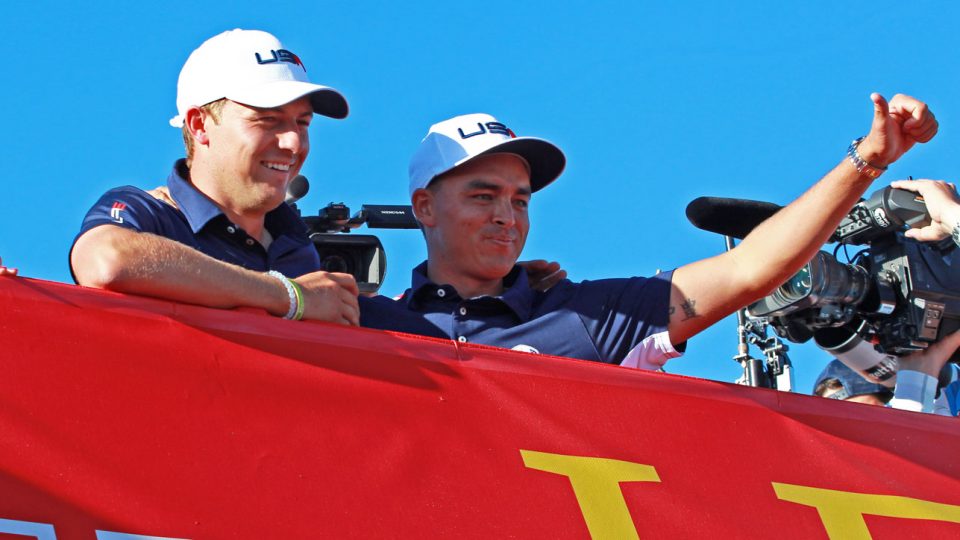 Rickie Fowler might not be the no. 1 player in the world, but he’s atop Jordan Spieth’s list when it comes to playing golf after consuming a few beverages.

Spieth joined the Dan Patrick Show Thursday at the AT&T Pebble Beach Pro-Am and Patrick asked for the one Tour player he’d like as his partner in a Ryder Cup setting where everyone has to drink.

“I’d probably choose Rickie,” Spieth said. “He could play barefoot, he could play on one foot. He’s just got this skill set.

“I’ve played a bit of golf like that with him, Justin Thomas, myself. Me and Justin are awful when we drink. Awful. It’s not enjoyable for us. We play every other hole. I get the snap-hooks. He hits them right. And we’re normally in the same cart so it’s not great. But Rickie tears it up.”

But could an imbibed Spieth take down Patrick in that type of setting? The two debated that hypothetical and more in the video below.