Ian Poulter heckled at WGC in Memphis, lashes out at ‘idiot’ fan behavior 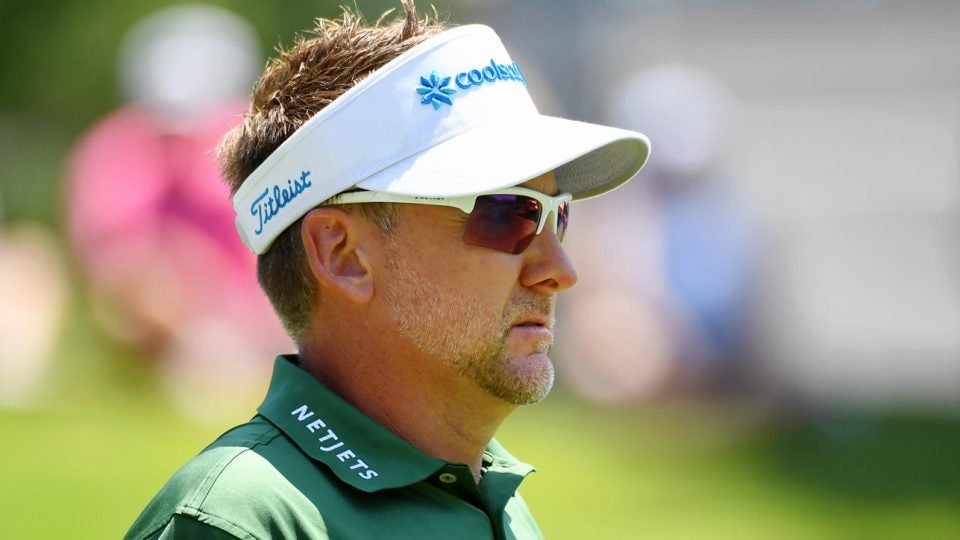 Ian Poulter pictured during the first round of the 2019 WGC-St. Jude Invitational.
Christopher Hanewinckel-USA TODAY Sports

European Ryder Cup stalwart Ian Poulter has long been a target for American golf fans. That was the case again on Thursday at this week’s WGC event in Memphis. But it appears Poulter hit his breaking point, because after his round he lashed out at golf fans everywhere in a heated interview.

Poulter had a solid opening round at the WGC-St. Jude Invitational, if you look at his scorecard. He carded six birdies against just two bogeys and sits T7 with 54 holes to play. But an otherwise positive day was ruined on his very last hole.

At the par-4 18th, Poulter hit his approach shot from the right rough, and as soon as the ball was in the air, a heckler reportedly yelled “get in the bunker.” Poulter did not take kindly to that remark, and confronted the obnoxious fan, which eventually resulted in security escorting him off the property, according to Sky Sports.

Poulter spoke to Sky Sports after the round, where he opened up and hit back at rowdy fans everywhere.

“We have got a WGC tournament,” Poulter said in the interview, “It has got everything that we want to come and compete apart from one idiot who decides to be silly.”

Poulter went on to condemn the hecklers who “scream silly things,” arguing that they “want to feel big in front of their friends” and calling it “disappointing.”

But he didn’t stop there. Poulter repeatedly called the current state of heckling in the game a “shame” and stated his hopes that it would be “stamped” out, saying, “It is not needed in the game of golf.”

There is no doubt that boorish fans make it into seemingly every event, and no one likes hearing shouts of “mashed potato” after a tee shot (especially when it’s shouted mid-swing). But of all the things wrong in the golf world, and with all the great fame and fortune showered on Tour pros, it seems like Poulter could find better ways to spend his time than whining about the fans who spend good money and time following the game.

Poulter is not completely innocent in this arena, either. As a Ryder Cup star, he’s repeatedly egged fans and American players on in the heat of competition, something he acknowledged himself in the interview with Sky Sports.

“I get it. I am an Englishman, I play on the Ryder Cup team. I am sure I have upset a few of these guys from time to time when they are watching television,” Poulter said.

One could argue that it’s that very kind of passion and intensity that has made the Ryder Cup a highly-anticipated event on both side of the Atlantic Ocean. Fans like it when players show that they care about winning, something Poulter is very good at. It’s only natural then that fans will join in on the experience, and occasionally cross the line into boorishness. But it’s highly unlikely that stopping heckling at PGA Tour events is going to save the game of golf in any way.