WASHINGTON—Eight months ago, the idea of fielding a golf team at Howard University was still a dream for senior Otis Ferguson IV. He had tried unsuccessfully for years to establish a varsity squad in his favorite sport (he had formed the club team a year earlier), but as he headed into his final year on the D.C. campus, it looked like it just wasn’t going to happen.

So, when Golden State Warriors sharpshooter and golf enthusiast Steph Curry came to Howard to screen his documentary “Emmanuel,” Ferguson saw an opportunity. He approached the three-time NBA champ and did the thing that seemed most logical, he invited him out to play a round.

Curry laughed but regrettably had to turn down the offer. However, Ferguson was able to talk with him about his dream of a Howard golf team. The two discussed the role the sport has played in both their lives and how golf has deteriorated at historically black colleges like Howard and in all underserved communities. Curry was intrigued with the idea and impressed with Ferguson’s enthusiasm. He told him he would try and help. 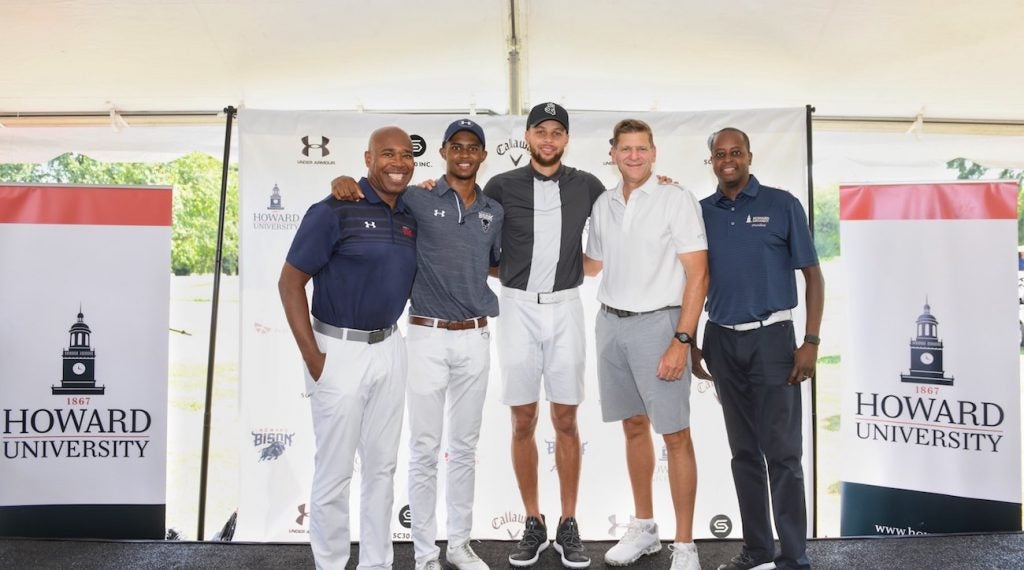 As the NBA season wore on, Curry obviously had other priorities, but he didn’t forget about Ferguson’s dream. When the finals ended in June, Curry’s reps reached out to Howard to find out what it would take to make it come true.

After many conversations and some negotiation, Stephen Curry’s Eat. Learn. Play. Foundation, along with corporate sponsors Callaway and Under Armour, agreed to underwrite the formation and development of Howard University’s men’s and women’s golf teams over the next six years. Part of that support in year one will include three full scholarships (two women’s/one men’s) for the 2020 season.

“Golf is a sport that has changed my life,” says the two-time NBA MVP. “It’s a discipline that challenges your mental wherewithal from patience to focus and is impossible to truly master. So, when you hear about these passionate student athletes who have the talent but don’t have a fair shot at the game, it’s tough. I really feel honored to play a small role in the rich history of Howard University and look forward to building their first men’s and women’s golf teams together with them.”

The announcement was made during a press conference at Langston Golf Course, named after John Mercer Langston, the first African American to be elected to public office in the U.S. It was important to Curry that they staged the announcement at a course like Langston that resonated within the black golf community.

Golf is a sport that has changed my life. It’s a discipline that challenges your mental wherewithal from patience to focus and is impossible to truly master.

Callaway’s CEO Chip Brewer was on hand to lend his support for the program.

“It’s just a wonderful opportunity to give back to the game and to Howard University and to promote the diversity and inclusion we all want to see in the game,” he said. “I know how lucky I have been to have been around golf my whole life, to have played college golf, and I know how much that’s helped me. So, to have people like Otis have that opportunity as well, is enriching and just fun to be part of.”

After the press conference, Curry, Ferguson, Brewer and Howard University President Dr. Wayne A.I. Frederick all headed out to the first tee at Langston. So, Ferguson finally got to play that round with Steph, a dream fulfilled.