Get the coffee brewing — it’s going to be an early wake-up call. Or maybe just an all-nighter. The 2019 British Open is upon us, and that means rising at an inordinate hour, shirking all other duties and tuning in to the final major of the year.

News
The Open 2019: One deep sleeper and other best bets from Portrush

If you’re on eastern time, the first group tees off at 1:35 a.m. According to Golfodds.com, Northern Ireland-native Rory McIlroy checks in as the favorite at 8/1, followed closely by Brooks Koepka (10/1) and Dustin Johnson (12/1). McIlroy gets his much-anticipated week going at 5:09 a.m., with Tiger Woods in one of the final groups of the day, starting at 10:10 a.m, just in time to shatter hope of doing anything productive with your workday. For full tee times, click here.

Whether you’re playing hooky, staying up all night or shirking duties in your cubicle, here’s how you can watch every second of the action at Thursday’s first round of the British Open at Royal Portrush:

How to watch the first round of the British Open 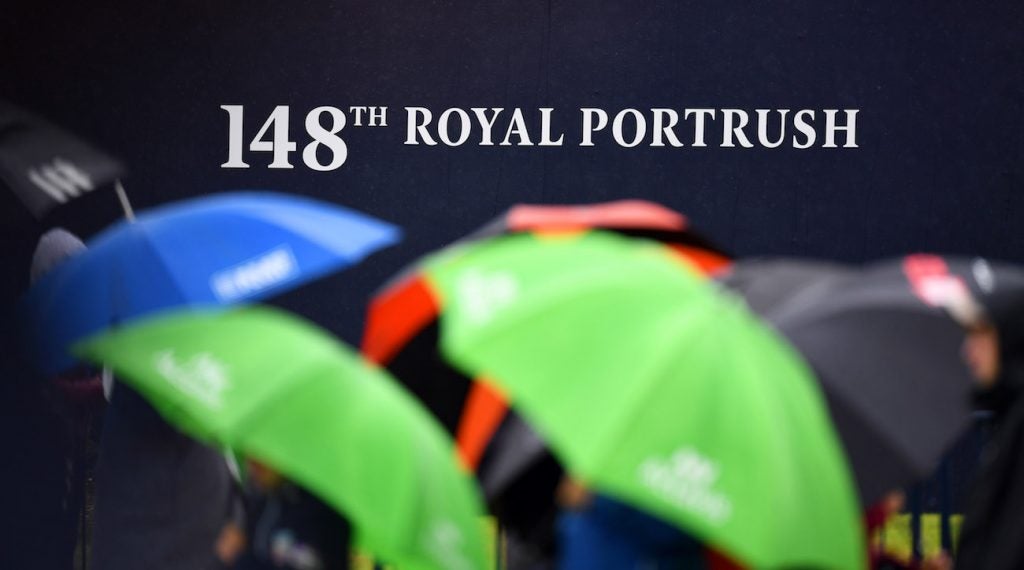 Golf fans converge with umbrellas due to cold, windy and wet weather during a practice round of The Open Championship golf tournament at Royal Portrush Golf Club.
Thomas J. Russo-USA TODAY Sports