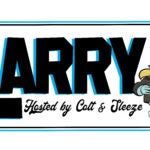 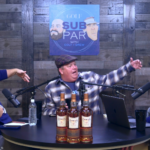 Bud Cauley has made nearly $10 million in his PGA Tour career, but that doesn’t mean he’s OK with losing big wads of cash in random never-to-be-seen-again spots — like a discarded Jack In The Box fast-food bag.

Cauley was the guest on this week’s episode of GOLF’s Subpar Podcast with co-hosts Colt Knost and Drew Stoltz, and Stoltz, obviously setting him up, asked Cauley for the most he’s ever lost in a Jack In The Box bag.

As Cauley explains it, he had teamed up with pal Drew Kittleson, the 2008 U.S. Amateur runner-up, to win a high-octane cornhole tournament and its $3,000 first prize. On the Uber ride home they decided to make a detour to a Jack In The Box, but when they got to Kittleson’s house they ran into a problem: they couldn’t find the money.

Cauley said Kittleson had it, but he asked him and he said no. Kittleson asked Cauley if he had it. Also a no. Then panic set in.

“A friend of mine comes over and picks us up, and we start chasing after the Uber driver telling him there’s $3,000 in your car, we know you have it, blah, blah, blah,” Cauley said. “He thinks we are insane. He’s like, ‘Listen, there’s no money back here.'”

Meanwhile, as Cauley and Kittleson were trying to find the Uber, Kittleson called his neighbor and asked him to look in his trash.

“Needless to say we tipped the Uber driver pretty handsomely for our stupidness,” Cauley said.

So that’s the good news: This lost cash was only momentarily lost and was eventually found. You can check out the entire podcast with Cauley below. The 31-year-old pro is currently on a Major Medical Extension and discusses his path back, his amateur golf days, Jupiter, Fla., money games and more.

'I was a little nervous:' This pro's high-risk speed-training drill is hard to watch