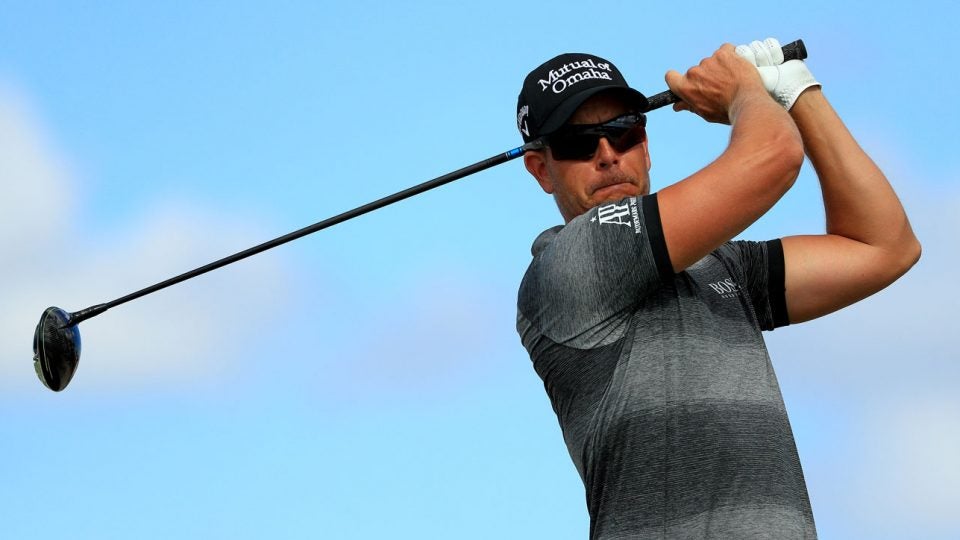 Henrik Stenson held off stellar leaderboard Saturday at Albany — including runs from three different top 10 golfers in the world — to win the Hero World Challenge.

Stenson, who began the day a shot behind Gary Woodland, broke into the lead on his front nine, but quickly lost it with a bogey on the easy, par-5 9th. Meanwhile, Justin Thomas and Tiger Woods — playing one group ahead — both jumped out to 15 under par.

Could Woods win in back-to-back starts? At 43 years old, how impressive would his fall season be against some of the best in the world? Or could Thomas’ hot form carry him. He had never lost to Woods when paired with him in competition. Well, neither of those two results mattered.

Woods bogeyed the short par-4 14th and failed to birdie the par-5 15th. Thomas did the same exact thing, though obviously in a different fashion, never making another birdie to close with a 70. Jon Rahm birdied 14, eagled 15 (for the third-straight time) and added a birdie at 16.

Could the Spanish star come from out of nowhere to defend his title from a year ago? It appeared so for about 15 minutes. Then Stenson approached the 15th hole. After crushing a drive into the fairway, from 259 yards out, he unleashed this 5-wood.

Almost an albatross. 🤯@HenrikStenson taps it in for eagle to take the lead at -18 late in the round. pic.twitter.com/AKb9i79L2k

Stenson’s eagle pushed him one clear of Rahm, which is where he would stay for the remainder of the round, finishing with three pars to seal the deal. He ended it with a lag putt from beyond 50 feet, curling to just a couple inches for a tap-in victory.

“I’d been top-10 in the world for five or six years straight, so that’s where we want to be,” Stenson said to Steve Sands after winning. “I feel like when I’m playing to my potential I can certainly compete with the best, and I guess I showed that once again.”

After dropping out of the top 40 earlier this year, Saturday’s victory will push Stenson back inside the top 30 in the world ranking.