Haotong Li surges into Saudi International lead via FOUR(!) eagles in third round 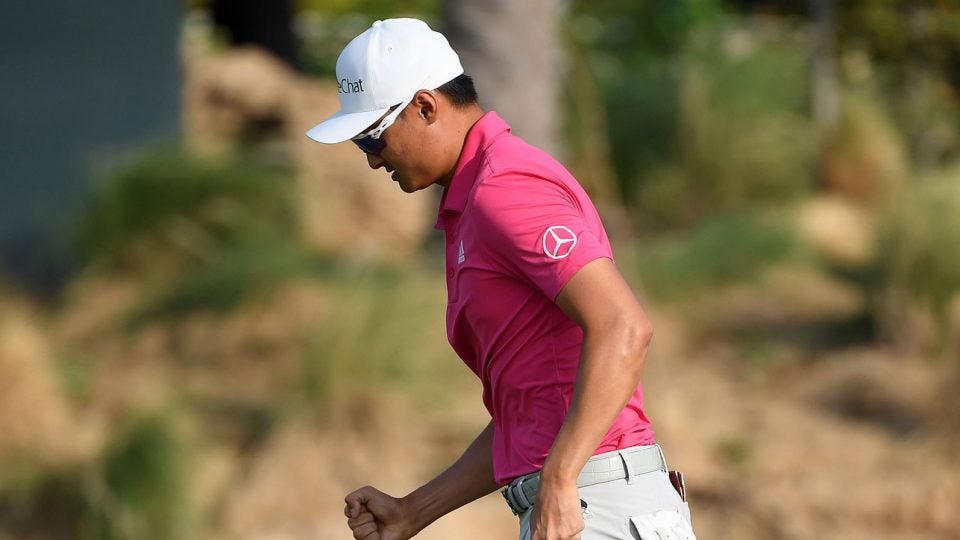 One-week after being subject to a highly-criticized ruling on the European Tour, Haotong Li has surged into the lead at its Saudi International event behind a four-eagle round Saturday.

Whether or not Li was wronged in last week’s ruling, he has taken matters into his own hands, firing a 62 during the third round to tie himself atop the leaderboard with Dustin Johnson.

Two eagles was just not enough. Li really shot up the leaderboard on his final two holes of the day, uncorking a drive on the 350-yard par-4 17th that rolled out to just four feet. He’d make his eagle putt there for a THIRD deuce on the day.

What was left other than to make eagle yet again on the par-5 18th? That’s exactly what Li did. After the round, when he was asked about his incredible day, Li simply called it “very lucky,” saying later that his game “wasn’t that good.”

Vying for his third career victory, Li will face off against the no. 3 player in he world in Johnson. Both players are five clear of the rest of the field.