Now this, THIS is the kind of hard-hitting reporting we need from local news stations. A news helicopter circling over a pair of unsuspecting golfers playing a nice, morning round.

But wait, what’s that one doing?

It was a rather hilarious exchange that started when the golfer was spotted picking up his ball from a lie in the rough to the right of the fairway. He then moved his ball to a spot a few feet away, closer to the fairway. 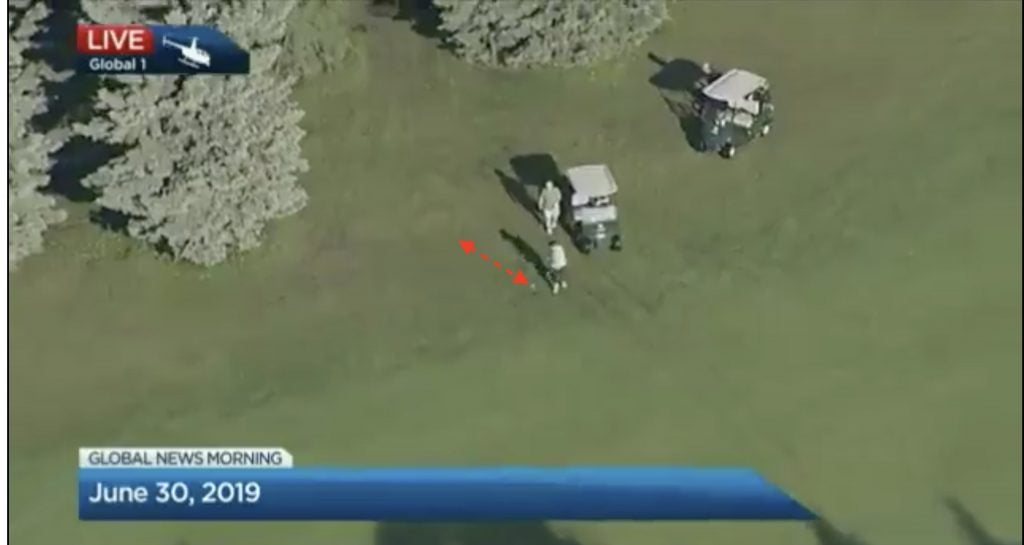 Maybe his initial lie had standing water in it, or something, and he was taking relief. Or maybe he’s playing in a scramble? Either way, he hit his next shot — and it wasn’t a great result. From the aerial view, it seemed like a top-shank that moved only a matter of feet forward and into the rough, near some trees. 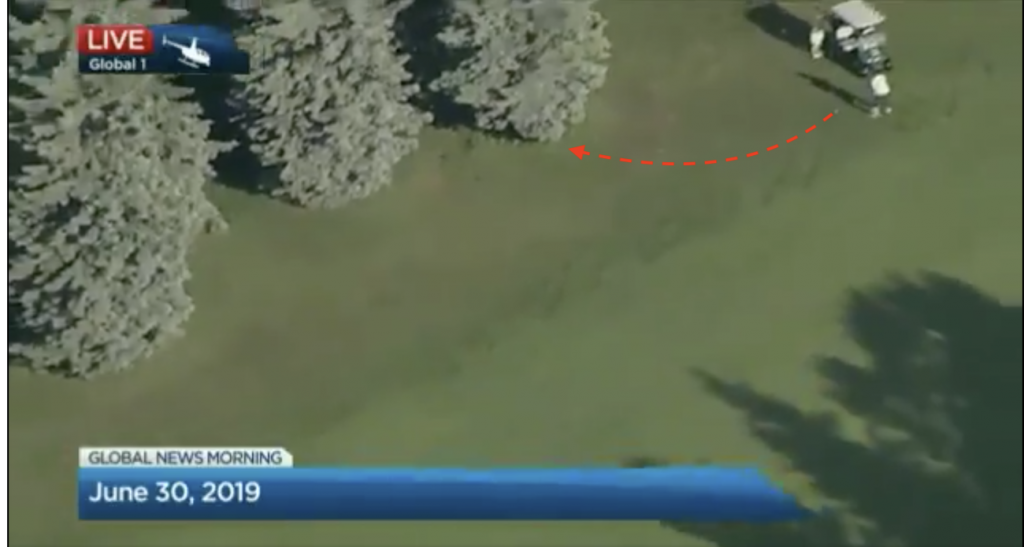 Naturally, the perpetrator ran over, picked it up, and returned his ball to his original spot. 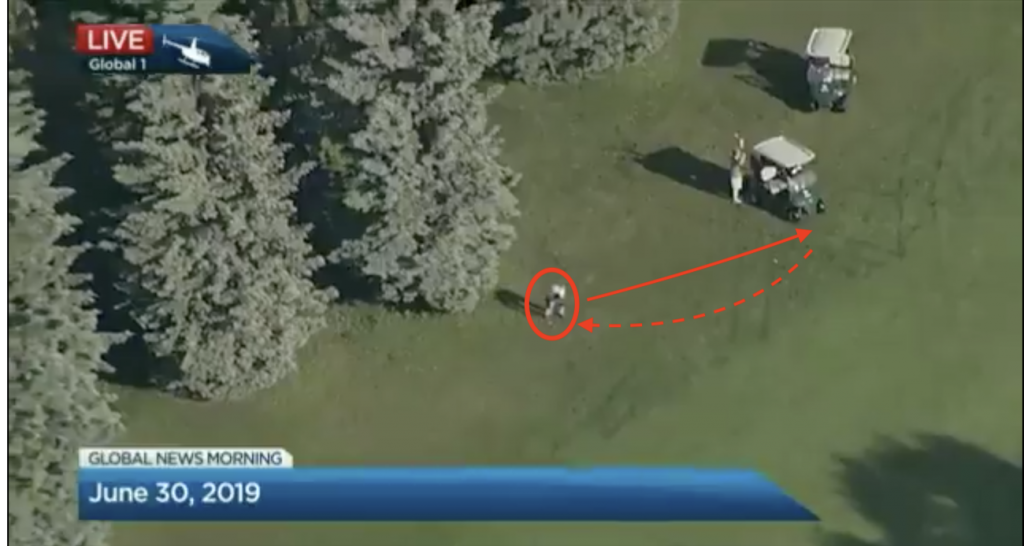 All’s well that ends well. After his lie-improvement followed by a mulligan, he hit a nice shot down the middle of the fairway. 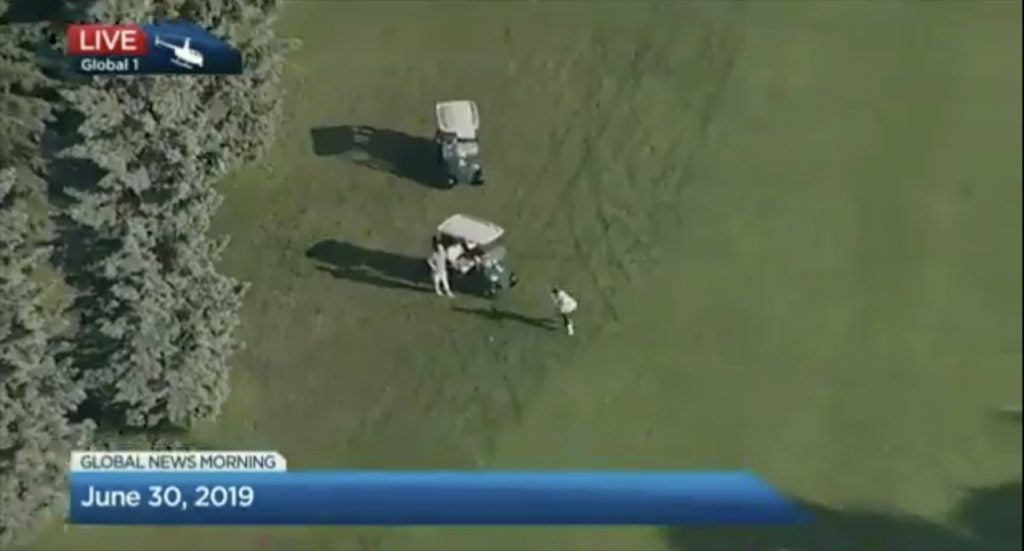 It was all rather good-natured, of course. A hilarious moment that had the news crew in stitches. You can see the full clip below, with some added added commentary by members of the GOLF.com staff…

.@LukeKerrDineen and @dylan_dethier breakdown the X's and O's of an unsuspecting golfer who was caught cheating.