Golf TV ratings matter — except when they don’t. How it all works 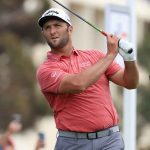 How do we make sense out of television ratings? Here are some tips.

It’s unlikely Winston Churchill ever had the misfortune of thinking deeply about sports television ratings, but it’s not hard to presume what his opinion would be about them.

“Democracy is the worst form of government,” Churchill famously once posited. “Except for all of the other ones that have been tried.”

Golf TV ratings aren’t much different — unquestionably an inaccurate toll of the sport’s health … and yet its most prominent barometer. A necessary evil.

On Tuesday, ratings once again surged into the forefront of the golf world when CBS announced its broadcast of Sunday’s eight-hole playoff between Kramer Hickok and Harris English produced the highest ratings of any Travelers Championship broadcast in 19 years. But what those numbers mean — and whether they’re worth listening to — is becoming increasingly difficult to understand.

With growing frequency, sports fans (in golf and elsewhere) are flocking to the internet to discuss the implication of TV ratings. Yet discussions that make meaning of the numbers have grown increasingly rare. That is, in some ways, by design.

Measuring the full scope of a live television audience has always been impossible. Even if you could access every show watched by every single television in America, you’d still only be able to tell half the story. How many people were in the room? And for how long? Moreover, how many were actually watching the TV?

Enter: Nielsen, a research company which spent a half-century recruiting a small subsection of the population to record their viewing habits with the goal of forming a representative picture of the overall viewing audience. The composite score of every participant’s viewing habits is the “Nielsen rating,” whereby most TV ratings are calculated.

But even Nielsen ratings have blind spots: what happens when a “Nielsen household” watches a program at a friend’s house? Or goes to a bar for a game? What if the representative sample collected by Nielsen isn’t accurately representative of the overall population?

The proliferation of streaming platforms has only served to muddy the process further. Nielsen does collect some streaming data, but often does not include those numbers as part of its overall score.

That’s to say nothing of the primary issue associated with Nielsen ratings: They provide the information, but not the necessary context for understanding it. Often, the job of “telling the ratings story” is left to executives and public relations teams who craft flowery narratives for their respective networks.

Still, TV ratings are an emerging interest among sports fans. And frankly, why wouldn’t they be? Television rights deals are the lifeblood of professional sports, responsible for billions in revenue for leagues every year. While plenty more than television audience size goes into the valuation behind a media rights deal — advertising, marketing opportunities and target demographics each play key roles — it’s certainly good news when numbers are trending in the right direction.

But not all ratings are created equal. In fact, most are not. Take, for example, this year’s U.S. Open, which was trumpeted as the second-most-watched tournament in the last five years by NBC and a triumphant rebound after last year’s particularly weak numbers. The Open’s numbers were good news, but they were expected to be. The tournament’s return to its traditional calendar slot and a West Coast (read: primetime heavy) broadcast schedule combined to set the stage for a strong ratings performance, and NBC delivered.

The same logic works the other way, as we saw at the Masters. After a similarly rough performance at the U.S. Open last fall, ratings for golf’s first major had a softer rebound than expected in April. Some of this could be due to weakened interest in the event or to Hideki Matsuyama’s (mostly) drama-free Sunday, but a much more likely reason is that a significant chunk of the ratings shortfall came thanks to the vastness of Augusta National’s streaming offerings, which dwarf any other in golf.

The easiest way to understand trends in TV ratings is to compare large sample sizes of apples to apples, like ratings from tournaments that take place in the same venue and timeslot every year. As the Hot Mic first detailed earlier this year, the PGA Tour can take stock in the modest year-over-year gains seen in most early-season tournaments because a moderate sample size of events showed consistent viewership gains over events from the pre-Covid 2020 season. The Tour can also claim a ratings win on this year’s Travelers, though the second-longest playoff since Truman was in office likely helped spike the number of viewers.

As for the U.S. Open, the Masters, or any other once-a-year event, it’s better to compare similar samples — like peak viewership or hour-by-hour — to get a better sense of how overall interest compares to previous years. This is particularly salient as it relates to women’s golf, which is often subject to asinine broadcast rules and windows (like at last week’s KPMG Women’s PGA Championship, where the first several hours of streaming-only coverage were left behind a paywall).

In the big picture, the message for golf fans is a good one. The past 12 months have produced historic levels of play, and television ratings seem to be reflecting a modest bump in interest. As for whether those numbers point toward a historic golden era for golf television, we’ll refer back to Churchill.

“Everyone has his day, and some days last longer than others.”