Can ‘fanboys’ and traditional golf journalists coexist on the golf beat? 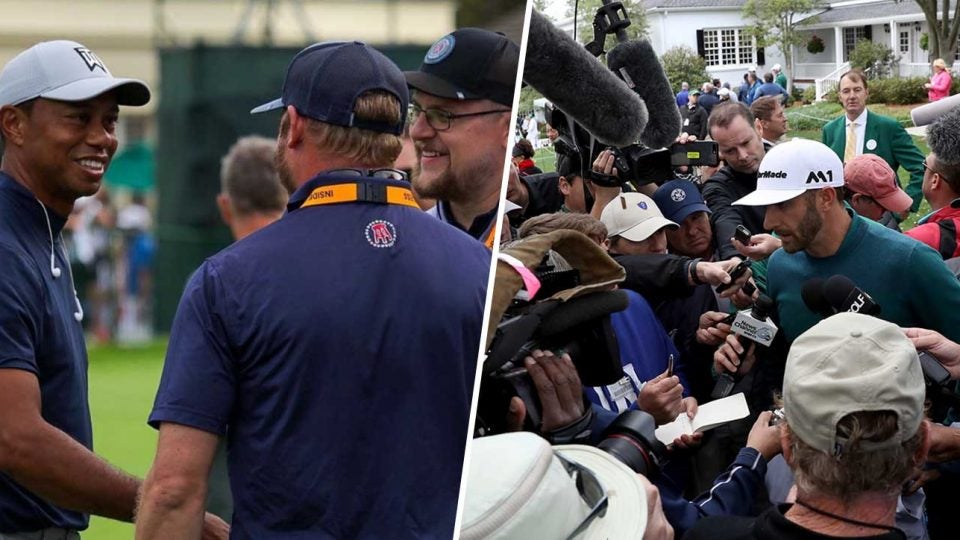 Ed. note: Each week, senior writer Alan Shipnuck answers your questions in his #AskAlan column. This week, he went deep on what has been a hotly debated topic on Golf Twitter, so we’ve published his response as a breakout piece below. For the rest of his weekly mailbag, click here.

In terms of age, I fall more or less in the middle of this spectrum. By training, my journalistic sensibilities are Old Mannish. My snarky social media usage definitely skews Fanboyesque. Somehow I stayed out of the recent crossfire, I guess because I have a foot in both camps.

These are certainly interesting times in the golf media. Like the rest of you, I was wildly entertained by all the Twitter trash-talking but it was also awkward because I’m friendly with all of the protagonists and value their different voices. It was an illuminating episode because what spilled out into the open has been brewing for a long time.

We all know that Craigslist and free Web content killed the newspaper business. Fifteen years ago there were dozens of newspaper scribes in every PGA Tour press room but now there are maybe two: USA Today and the NYT. The cuts went even deeper on the golf beat, with the respected print weeklies Golf World and SI Golf+ being shuttered. (Golfweek would eventually make its name an oxymoron, going monthly.) The contraction was due to large-scale structural causes that any one individual was powerless to stop but the reporters who survived the downsizing were slow to evolve, basically doing the same thing they had always done: bang out one story and call it a day.

No Laying Up was the first platform to exploit this market inefficiency, with a flood of podcasts, videos and social engagement … basically much of the stuff the so-called Old Man Media was ignoring, or didn’t do well, and what younger generations of golf fans craved. NLU billed themselves (and still do) as “fanalysts” and the players responded to this fun, fresh perspective. It certainly helped that the NLU gang — Soly, Tron, Neil and Randy (and later D.J.) — was a similar age as the lads they were covering.

This generational thing runs deep; I know from experience. For a long time I was the youngest writer on the golf beat. The old dogs (both in the press room and between the ropes) held that against me and I had to prove myself again and again, but it helped me connect with younger players; to cite but one example, when I did my first interview with Anthony Kim, circa 2006, we talked a lot about Southern California hip-hop and he told me it was cool to finally find someone “who speaks the same language.”

Old Man Media was slow to recognize the existential threats of the Fanboys, to use the nomenclature in the question that touched off this treatise. Maybe four years ago, during a press room lunch with a few writers, I said that the PGA Tour and No Laying Up were now my primary competitors. This was met with blank stares. But as the press rooms were hollowed out, the Tour filled them with an army of its own content creators for pgatour.com. These Tour employees had better access than us regular reporters and offered what every player and agent craves and an established reporter will never cede: control.

The players know the Tour media folks will cover them generously, so more media opportunities began to stay in-house. This paralleled the rise of social media, which offered players a chance to spread their message without having to deal with pesky reporters. (Adding to the cross-pollination, Tour employees can update the social media feeds of many top players.) The beleaguered golf press was further marginalized.

When I got more into podcasting a few years ago I had a couple players tell me they were interested in doing the pod but had to pass because they were afraid the questions would be too edgy. I took this as a compliment. When I became a staff writer at SI, at 22, virtually all the editors were hard-assed former newspaper guys. They saw sportswriting as a competitive, contentious business and preached that my job was to report honestly and, if necessary, critically about what I was covering. Being friendly with the athletes was okay but being friends with them was looked down upon: If you got too close it would be harder to do the work. I mean, if I ever told one of my editors that I posed for a selfie with an interview subject they would have laughed me off the masthead. Luckily social media didn’t exist back then so there was no temptation to cross this invisible line.

No Laying Up helped establish its bona fides by flaunting their access. As Millennials they had grown up with social media so documenting all the hanging-out came naturally, and unencumbered by old-school journalistic training there was no need to maintain distance or feign impartiality. This began the tension between the Old Man Media and Fanboys. For traditional reporters it felt like NLU was playing by different and more advantageous rules. Being on a beat is not exactly zero-sum but it’s close: Players will only give so much time to media requests and if they say yes to someone else’s podcast, they’re more likely to say no to yours.

NLU has matured into a varied content machine and its collective voice has evolved. They now often lead the charge in criticizing player misconduct, fatuous TV coverage and hypocrisy of all stripes. For a while the PGA Tour openly courted No Laying Up and its large, youthful audience, but squabbles over control and content has lately put NLU at odds with the lords of Ponte Vedra Beach, aligning them with other reporters who have been fighting these battles for years.

And so it is Barstool that is now earning all the side-eye, in press rooms and on Old Man social media feeds. They’ve taken the early-NLU approach to the illogical extreme: The Barstool guys are the stars of their videos, not the actual Tour players. Their coverage is intensely experiential. It’s not about what happened at the Presidents Cup, it’s about what happened to their personalities at the Presidents Cup. This is fingernails-on-a-chalkboard for traditional reporters, who have always been told to never make themselves the story. Barstool is the story, with the players and venue adding additional color along the way. But the protagonists are fun-loving guys and the nation of Stoolies has a blast tagging along for all the hijinks. Old Man Media tells the reader what happened; hopefully they add broader context like why it happened and what it all means. Barstool tells its viewers and listeners how it felt to be there. They are two entirely different missions, but they should be complementary.

The Barstool audience is too vast to ignore, especially for the USGA and PGA of America, which have only one or two big tournaments a year and lack media operations as advanced as the PGA Tour’s. It’s why they were the first folks to credential Barstool. For years the Tour tried to ignore Barstool, but at this most recent Presidents Cup, the Barstool guys were all over Royal Melbourne. It will be interesting to see how much access they get going forward. If history is a guide, it will be a lot, and Old Man Media will have to endure it.

But I do hope we can all get along. Golf has always been a niche sport, so I’m thankful for anyone or anything that grows the audience. I also have a deep reverence for the written word. It was unfortunate that John Huggan, Geoff Shackelford and Bob Harig were singled out as the Old Man point-missers because each is a valuable voice: Huggan is an expert on all things pertaining to the Euro tour, European Ryder Cup team and links golf; Shackleford is a preeminent critic of golf course architecture and the media; Harig is a pro’s pro who has covered more tournaments than almost any other scribe on the planet and is respected by all the players. The Stoolies could learn a helluva lot reading their stuff. And Old Man Media needs to adapt, too, by being more open to outside voices and non-traditional outlets. The beat has changed, like it or not.