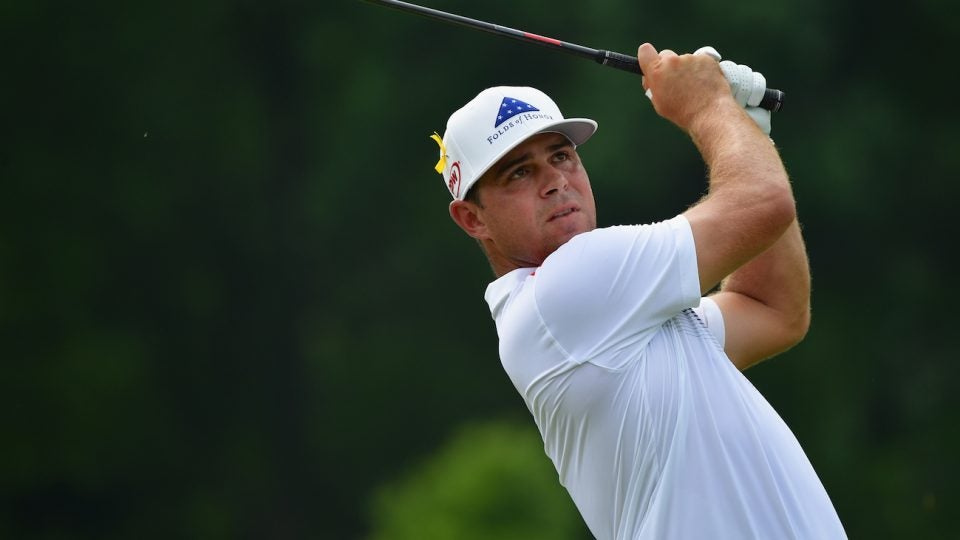 Golf’s version of The Hot Stove is always good for a few surprises, and thanks to the plethora of free agents currently on the market, we don’t have to wait very long to start speculating on the possible landing spots for some marquee names. That includes Gary Woodland, who was recently spotted in the Bahamas, site of the Hero World Challenge, with a set of Wilson Staff prototype blades and an FG Tour V4 utility 2-iron.

An equipment free agent since he split from Callaway at the end of 2015, Woodland signed a metalwoods-only deal with TaylorMade in 2016 but chose to keep his options open with regards to the rest of the bag — even though he opted to play Titleist’s irons, wedges and golf ball without an agreement.

For the moment, it appears Woodland is contemplating the idea of using a different brand of irons for at least the final event of the season, and with a guaranteed paycheck this week, the event could act as the perfect proving ground for the new clubs.

Wilson last released a muscleback iron (FG Tour 100) back in 2014 for the company’s centennial anniversary, so it’s not a stretch to say the club is due for an update. And based on in-hand images, there’s a lot of FG Tour 100 design features found in the new prototype — from the bore-through insert in the sole to the overall shaping and profile. The one significant change is a redesigned musclepad that concentrates more weight in the toe, likely giving it a slight bump in forgiveness.

What’s interesting, however, about Woodland’s club selection is the fact that he chose Wilson irons over some popular options for recent agents, including Mizuno, Titleist and Ping. It remains to be seen if the irons are the sign of a possible deal or if this is merely Woodland getting a fresh look during a point in the year where players tinker with their clubs.

Outside of Justin Rose’s likely move to Honma, Woodland’s switch to Wilson irons is without question one of the top gear storylines to track as the equipment rumor mill begins to pick up steam over the next month.