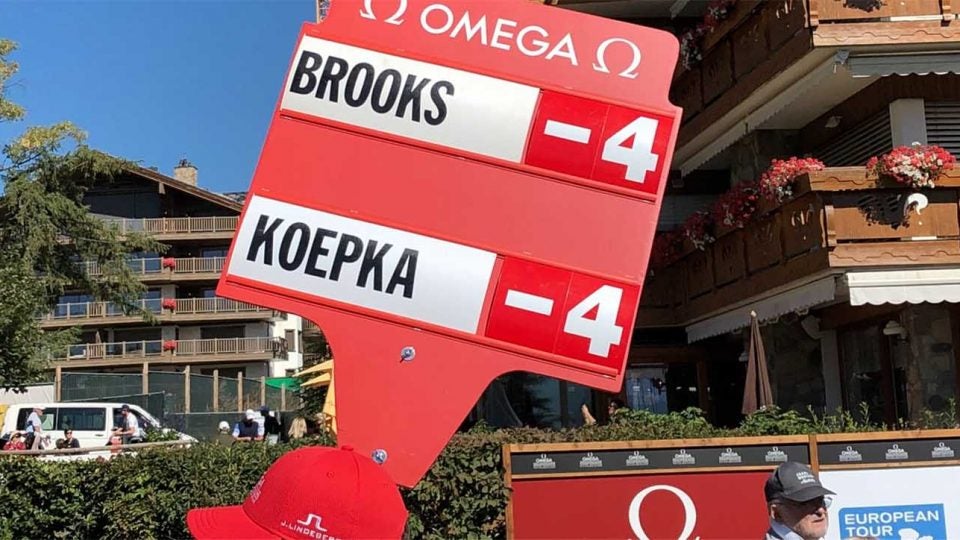 Brooks Koepka has had a career year, and now it seems his presence is felt everywhere – including Europe, where he launched his pro career. This week, the three-time major-winner’s younger brother, Chase, is in the field at the Omega European Masters in Switzerland, and in the third round he’s paired with England’s Daniel Brooks. Yep, you can guess how that looks on the ol’ portable scoreboard.

Those walking boards are called “standards” and this Koepka coincidence calls to mind the greatest standard ever (or at least that I can quickly recall), which came a couple years back at a Web.com event.

Love them or hate them, you can't say the golf gods don't have a sense of humor: https://t.co/1YLovhttCY pic.twitter.com/onPpUxlBsV

There it is for the world to see: my golf game in three words.