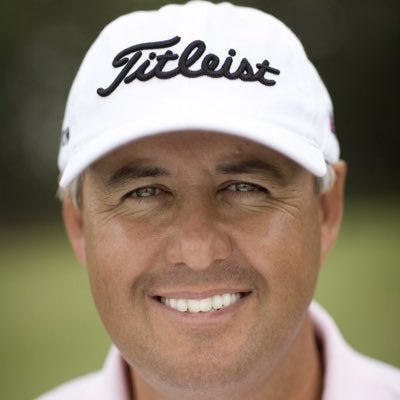 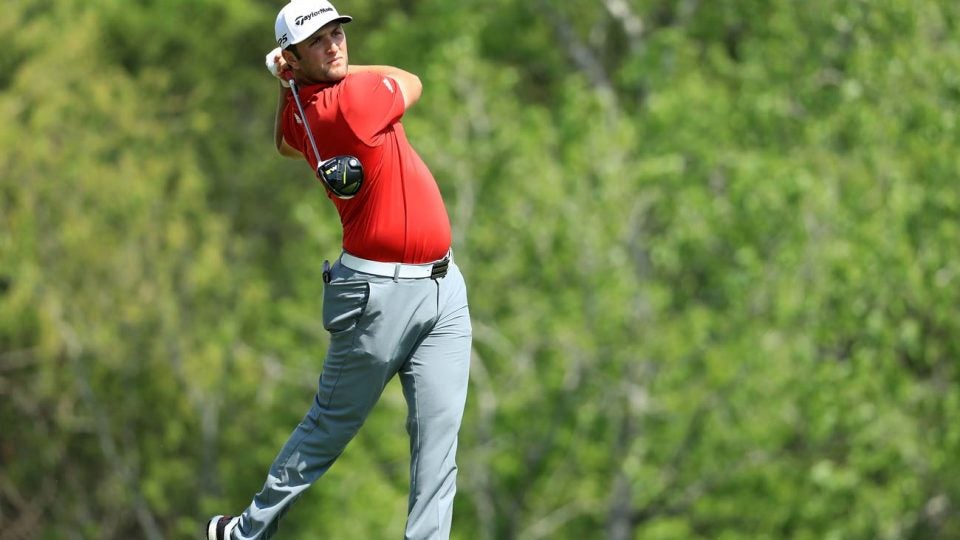 The influence of Spain on the game started with five-time major winner Seve Ballesteros. It then flowed through two-time Masters champ José María Olazábal before Sergio García, with the baton currently in the strong hands of Jon Rahm, just 25, but with three PGA Tour wins and a Ryder Cup victory under his belt. Rahm played collegiately at Arizona State, so his game is more Americanized than his Spanish predecessors. He drives it long and straight with a little bullet fade.

A lot has been said about Rahm’s compact backswing (especially for a player who stands six-foot two) and bowed left wrist at the top. It works for him. In the past, several coaches have tried to change his swing, with disastrous results. The problem was that there was no thorough investigation of his body limitations and strengths. Thankfully his current coach, Dave Phillips at the Titleist Performance Institute, figured out through TPI’s intense screening process that Rahm can rotate his spine only so much — he can’t coil like most Tour players. It’s a critical lesson for players at all levels: Build a swing that suits what you can do. Compact or not, Rahm’s swing is dripping with moves that can help send drives farther down the fairway. 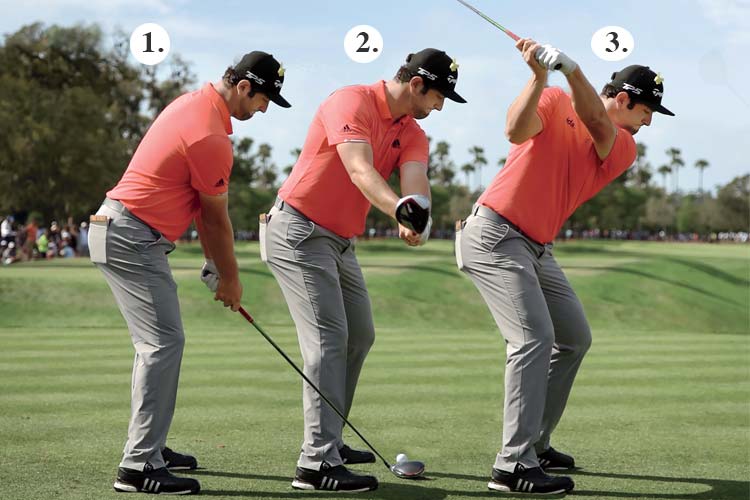 2. Start
Rahm begins gently coiling his body. Pretty standard stuff. But notice how his arms are “disconnecting” from his torso. Hardly conventional, but at least the club isn’t getting “stuck” behind him. Checkpoint: Clubhead lines up with the hands at this point in the swing.

3. Wind Up
Rahm’s limited thoracic spine mobility results in a shorter backswing than most of his Tour peers. He compensates by changing direction much earlier, which loads and torques his lead wrist into its bowed position seen here. 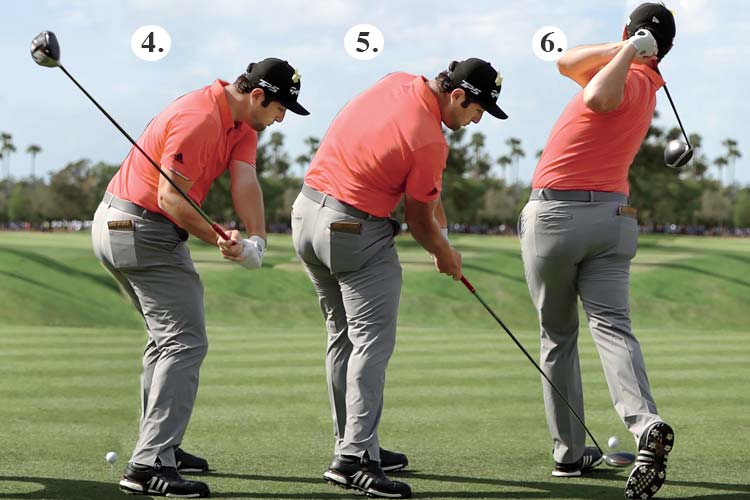 4. Transition
From the top, Rahm twists his body toward the target. Copy the way he slots the club into a shallow position — near parallel to his trail arm. This is ideal. From a timing perspective, his short backswing allows his arms to “get down” quickly, just like they should.

5. Impact
Notice the great side bend and body rotation. For Rahm, it neutralizes the strong clubface position created at the top by his bowed left wrist. His trail arm is stable while he works the club slightly left of target but on an ascending path into impact.

6. Finish
The club has flowed fully with Rahm’s body, which has rotated left of the target. Although funky in places, his swing rapidly turns conventional and reliable with several interesting matchups. Swing your own swing!