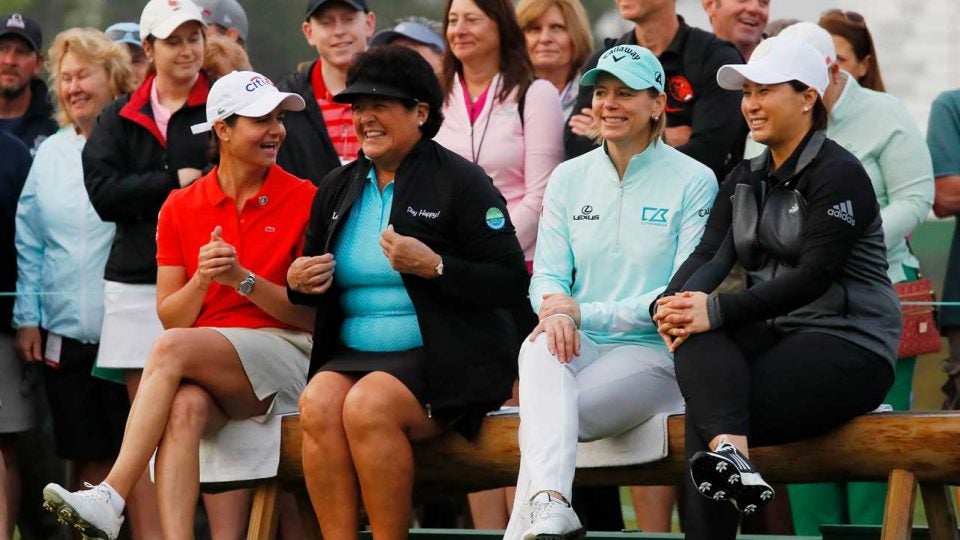 AUGUSTA, Ga. — The scene was familiar: golf legends hitting opening tee shots to kick off a day at Augusta National. But it was also strikingly and historically different. This time, four female golf legends hit ceremonial shots from the member’s tees to mark the first women’s golf competition played at this once all-male club.

Perhaps none of those differences on the tee were quite as important as those surrounding it. To an observer, it appeared that many more women lined the ropes for the first-tee festivities Saturday than the equivalent Masters ceremonies before it. Twice as many women? Three times as many? It’s hard to say, but again, it was obvious. There was a roped-off section for event competitors, and then there was the next generation. Dozens of little girls were here, too, most of them ushered to the front of the ropes for a better view.

It’s tough to imagine a more supportive group of people than this crowd, which rose before the sun, drove however many miles to the course and stood there, waiting for a sight once unimaginable. When the clapping started, it was all worth it.

“I was so proud just walking down [to the tee],” Nancy Lopez said. She admitted she’d never imagined a day such as this one would ever take place. She had spent the morning warming up like never before, waking at 4:45 a.m., taking swings in the shower, stretching on her bed. But the first-tee jitters were all there. Up first was Pak, who didn’t bring her own clubs to Georgia but nonetheless striped her first shot low and right down the hilly fairway. “I hit it straight,” Pak exclaimed, exhaling from the pressure of being first.

Leading the way for the next generation, World Golf Hall-of-Famers opened the final round of inaugural Augusta National Women’s Amateur.#ANWAgolf pic.twitter.com/jmopJhOsOf

Among the many people in green coats were Bubba Watson, twice a Masters champion, who mingled with the qualifiers waiting for their own tee shots. There was also Billy Payne, the most recent chairman of the club, who helped admit the first female members in club history in 2012. Down the line was Condoleezza Rice, one of those initial female members.

Rice sat stoically in the front row. The other members matched her vibe. Some of them had added white Augusta National Women’s Amateur hats to their hunter green ensembles. The patrons outside the ropes were a bit more sentimental. Women wiped their eyes. Men cried, too. The four legends, gracious as can be for the opportunity, all embraced in one gigantic Hall of Fame group hug. After a few handshakes, more hugging and a stream of photos, they plopped down on a wood bench nearby. It was now their turn to sit and watch. 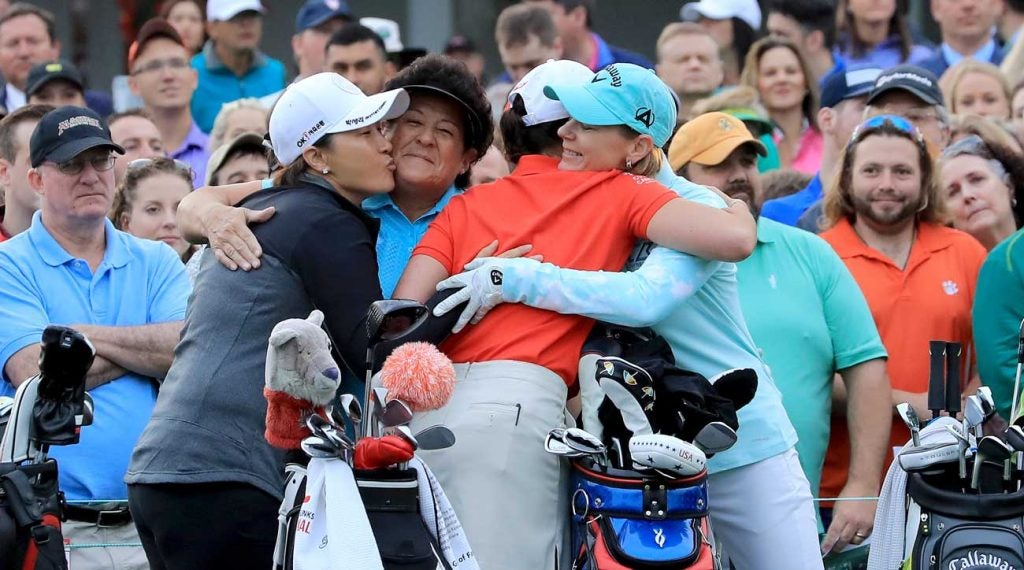