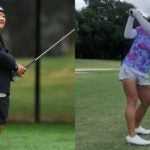 Christina Kim has completely transformed her body and reset mentally over the last year.

Christina Kim has been on the LPGA Tour for half of her 36 years on this planet, but she’s hardly the same person as when she started out.

Kim has enjoyed five professional victories and Solheim stardom, and she’s suffered through injuries and long droughts. In her own words, she has “played like crap the last two seasons.” But despite the grind of life on the road and the mental health struggles that she has admirably made public, Kim is far from done. In fact, she has reshaped her body and game to give herself the best possible chance to compete as the LPGA returns to action this week in Toledo.

In August 2019, Kim adopted the Keto diet and has since lost 60 pounds. Her swing is better for it, too; she’s picked up 7 mph of clubhead speed and 11 mph of ball speed, translating to 15 more yards on her drives.

When Kim first came to performance coach Ryan Blackburn, she had already begun shedding pounds, which was messing with how her body reacted in the golf swing. Blackburn’s goal was to help Kim develop more strength and athleticism and get into better, more efficient positions in the golf swing. That meant a lot of lunges and single leg work to build a strong base. It also meant re-teaching her body to sequence properly. For example, Kim had a tendency to sway instead of rotating around her center, and she’d end up thrusting her hips toward the ball at impact because she couldn’t physically get to the ball. Now, she’s able to maintain her posture and rotate around her spine, leading to a more consistent and solid strike. She’s also become more aware of her foot pressure and uses the feel of the ground to gain leverage.

Oh, and she doesn’t mind the little bit of defined quad muscle that peeks out from her shorts, either.

As hard as Kim has been working on her fitness, she knows that the larger challenge is mental. “If I can get my mind in a good place, that’s going to help me more than anything else,” Kim says. She has struggled with depression in the past and when the 2019 season ended last summer, she felt burned out and tired. Her goal wasn’t to lose weight as much as it was to switch up her lifestyle in the hope that it would help her feel better mentally.

“I’ve dedicated myself to give me the best chance to play better,” Kim says of her transformation. “It doesn’t mean I will, but at least I’ll know I did everything possible.”

Kim’s reinvention accelerated while the LPGA was shut down because of the coronavirus. While her peers were hunkered down, Kim stepped into the spotlight as a commentator on PGA Tour Live and omnipresent gadfly on social media.

Kim’s mentor Karen Stupples, the 2004 Women’s British Open champion who has transitioned into broadcasting, was glad to see Kim become a distinctive new voice on the PGA Tour’s streaming services. “It’s huge to get more female voices on PGA Tour coverage,” Stupples says. “Ultimately if a woman does that job and does it well, she becomes a respected voice in the industry and that can start to change the views of women’s golf in general. If male fans hear me or Judy [Rankin] or Dottie [Pepper] or Christina breaking down the game, I think they begin to feel like ‘Wow, these girls really know what they’re talking about.’ That has an effect.”

Kim’s social media presence has been equally impressive during the LPGA’s layoff. She was an early adopter on Twitter more than a decade ago but has gone through periods of disenchantment. Of late, she has been engaging with fans and foes alike. If you ever wonder what she’s doing when she takes her breaks from the broadcast, she’s probably tweeting, and not the usual vapid posts, either; whereas most golfers use social media as a way to sell their perfectly curated brand, Kim is real and raw and honest.

Her Twitter content belies her nonchalant attitude toward her physical transformation. She’s loving everything about herself these days and there’s an infectious enthusiasm even in her responses to trolls. Kim is not always perfect, but perfection has never been her goal either. “I’m the kind of person who jumps into things and learns later,” Kim says of herself. (Add acute self-awareness to her long list of talents.) She accepts the challenges thrown at her with vigor, and yet, she’s gracious with herself when she makes mistakes.

A common refrain of hers — “What’s the worst thing that’s going to happen?” — has a way of putting life in perspective.

It applies to her decision to reinvent her body: “I really just ate a bunch of avocados and said ‘What’s the worst that could happen?’”

It applies to her seeking out her performance coach: “I figured I’d see what he was about, and the worst that could happen is that it wouldn’t work out.”

It applies to her broadcasting career: “What’s the worst that could happen? They don’t call back?” Clearly, they did, and will continue to do so. But talking for a living can wait — for now Kim is laser focused on being the player she once was. Only a little different.

That’s exactly what makes Kim such an inspiration. No matter what life throws at her, she is able to adapt and come out the other side better for it. She continues to learn and grow on a personal and professional level. From the outside it looks like Kim has reinvented herself, but it’s actually a constant evolution — the rest of us are just now realizing it.