As course designer David Kahn’s twin daughters continue to fight Batten disease, he and his wife are battling back 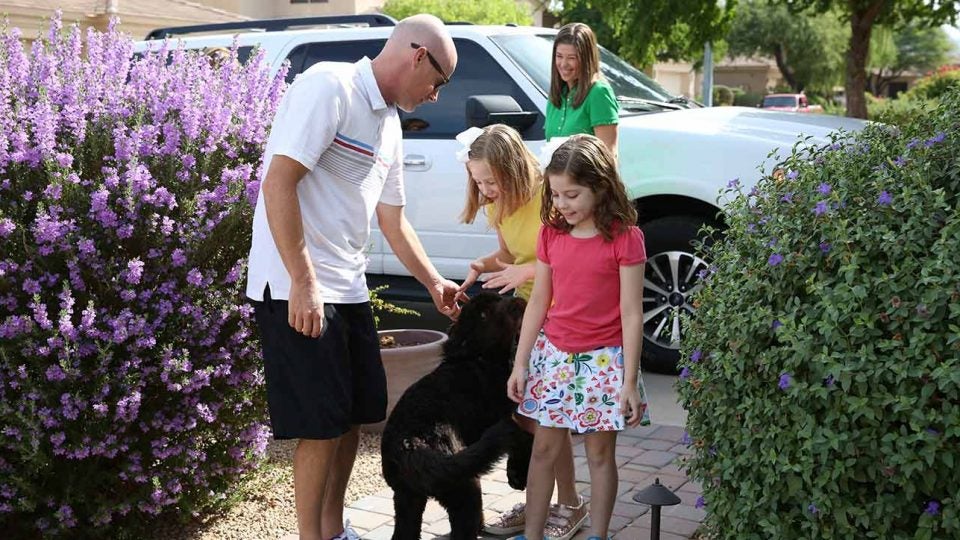 A year ago, golf-course architect David Kahn and his wife Karen went public with every parent’s worst nightmare: their twin daughters Amelia and Makenzie are battling Batten disease, the cruelest diagnosis imaginable. The Kahns liken Batten to a cross between Parkinson’s and Alzheimer’s, because eventually the girls will be robbed of their motor skills, memory and ability to speak. Chewing food becomes impossible, necessitating feeding tubes. Internal organs inexorably shut down. Life expectancy is in the late-teens to early 20s. Because Batten is so rare, big pharmaceutical companies have little incentive to invest money in research, so last March the Kahns’ nascent ForeBatten Foundation put on a fundraiser to further research within the gene therapy domain. From coast-to-coast the golf community responded with an outpouring of love and support, raising $630,000 to begin crucial research for a cure.

A year later, the Kahns have organized another fundraiser, to be held March 4 at Topgolf in their hometown of Scottsdale. David and Karen recently invited me for another visit with the girls. “It’s important to show people how much things have changed,” David says. “Batten is relentless. The more people know about the disease, hopefully the more motivated they will be to help stop it.”

Gazing upon Amelia and Makenzie, who are about to turn 9, it is impossible to understand how deeply they are being betrayed by their bodies. But a year ago Amelia was running around the family backyard, booting a soccer ball. Now she has been robbed of her eyesight, and so much has been taken with it: her ability to ride a bike, to draw and paint, and to simply get around on her own. On a recent afternoon at her school, tucked into the Grayhawk neighborhood, her loving friends led her by the hand through the classroom. At home she uses a cane but her memory and cognitive abilities are so diminished that, if unattended, she often gets marooned in a corner and cannot find her way out. 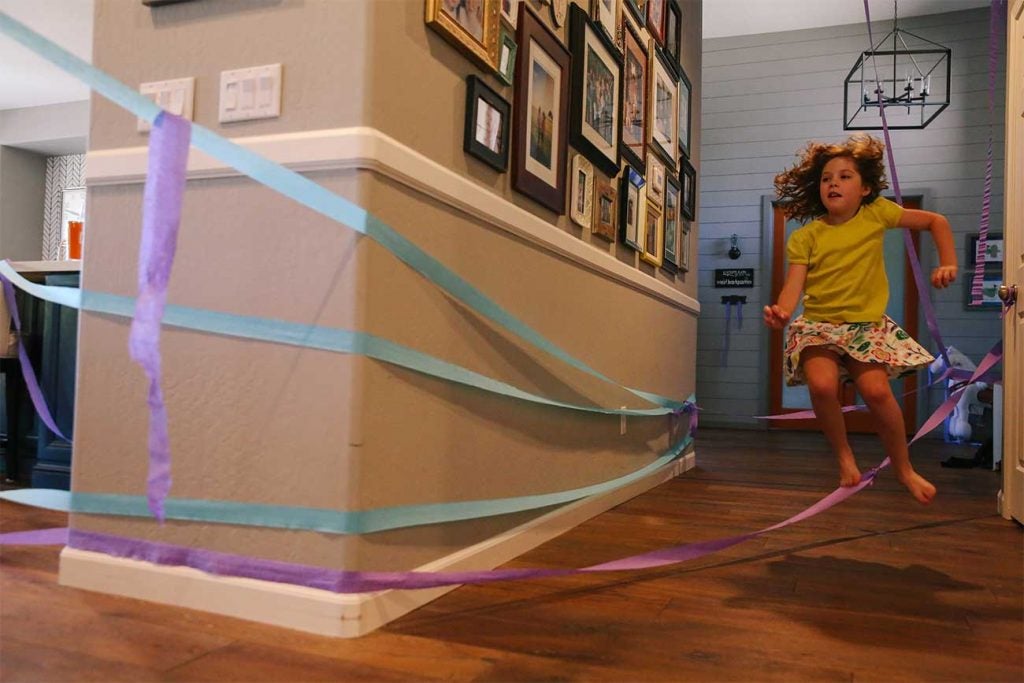 The disease has manifested itself in compulsive behaviors: This summer she hardly slept at all, going to the bathroom two or three dozen times every night. (Thankfully, a new medication has led to more peaceful sleep.) Amelia might ask for a pony a hundred or more times in one day. Her parents manage these episodes with bottomless patience and creative fictions. But Amelia also has a sweet, cuddly side, and she showers Karen and David with affection, which they spoon up.

The girls are fraternal twins. Each had a one-in-four chance of contracting Batten, and the disease is being expressed differently in each of them. Makenzie’s eyesight is deteriorating but for now she is able to maintain a school workload that is typical for her age. She is a funny, silly kid who is socially aware enough to sometimes feel self-conscious about what she calls “the Batten.” As Amelia’s symptoms advanced Makenzie’s remained so muted that Karen says, “I had been in total denial about Mak.” 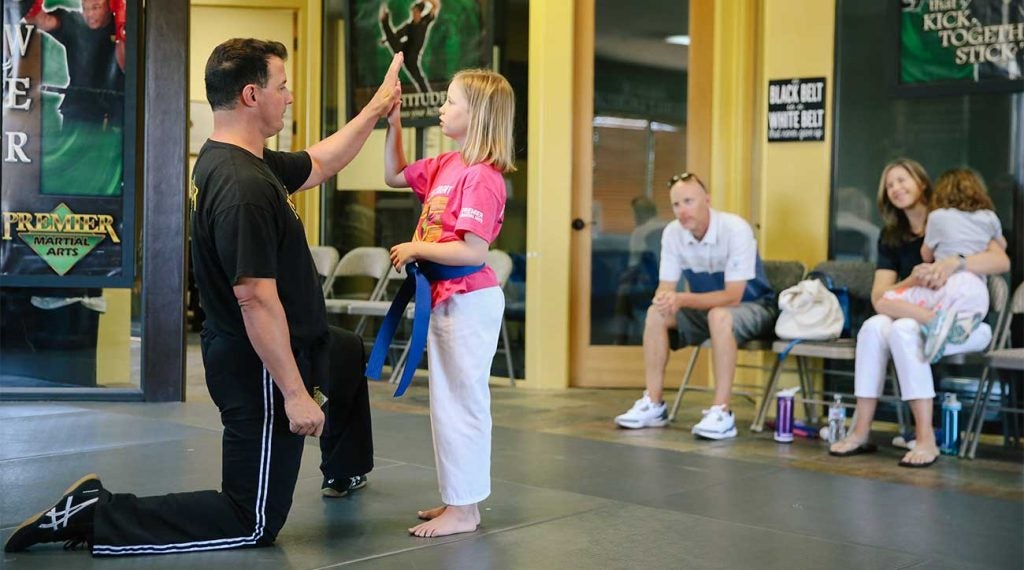 Amelia works with her martial arts instructor as her parents and sister look on.
Caitlin O'Hara

All that changed a few weeks ago when she began having seizures powerful enough to knock Makenzie unconscious with her eyes rolled back into her head. “It’s horrible,” David says in a whisper. “It looks like she’s dying. I had never seen a seizure up close, and when it’s your own child, it hits you so hard.” Makenzie’s first seizure occurred at an optometrist’s office and while the trained professionals tended to her, Karen crumpled to the floor, sobbing. But the Kahns’ resilience is awe-inspiring; they have learned to manage the seizures and can now talk almost matter-of-factly about them.

They are already steeling themselves for what comes next. Amelia’s gait has recently become unsteady, and despite her work with a martial arts instructor, her parents have made peace with the inevitability of a wheelchair. In her classroom Makenzie made a drawing of herself that included a list of likes and dislikes. One of her fears, she wrote, was lightning. Reading that, David and Karen exchanged knowing looks: As Amelia was losing her eyesight, she experienced flashes of light that she called lightning. 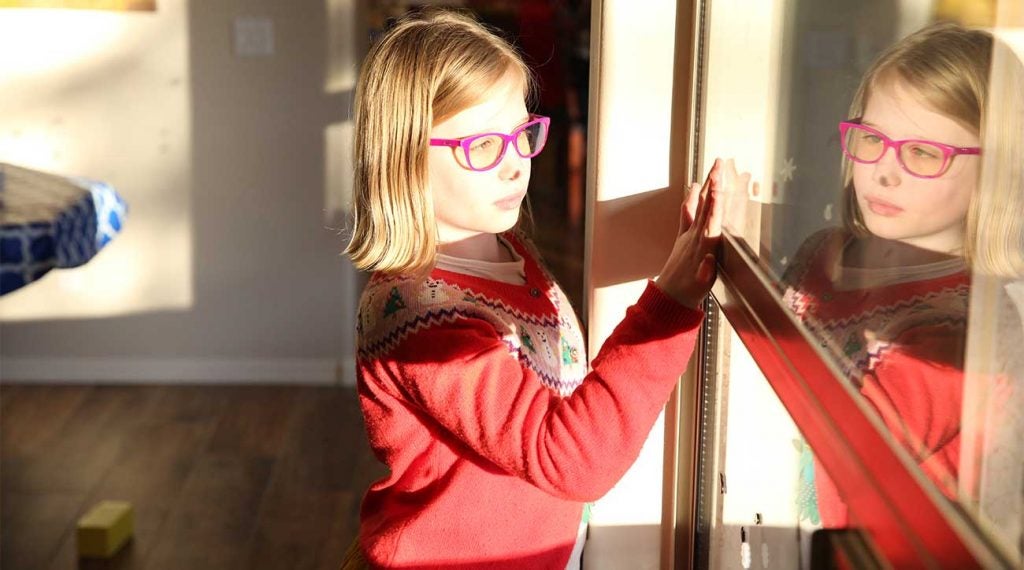 Amelia has a sweet, cuddly side and showers her parents with affection.
Caitlin O'Hara

There are online forums in which families affected by Batten share tips on feeding tubes, teen-sized diapers and other grim realities of where the disease will take their children. The Kahns have chosen to avoid such discussions, taking all the worry and anxiety and refining it into the fuel that powers the search for a cure. “It’s what gets us out of bed every day,” Karen says.

The Kahns are part of a movement to bring together all the research done by disparate family foundations so the knowledge can be pooled among the small tribe of Batten researchers. “Dave always says, I wish they published the failures of what didn’t work so we’re not just spending money doing the same thing someone else already tried,” Karen says.

For now, the goal is to find a gene therapy that can stop the advancement of the disease. They are also looking to support complimentary treatments that are already in development. A long-term dream would be to find a therapy that could regenerate lost function, including motor, speech, memory and eyesight. All of this research takes money. Lots of it. Which is what makes the second ForeBatten Foundation fundraiser so important. Guests at Topgolf will get to mingle with various notables from the golf world while the live-auction is open to anyone with Internet access. If you’ve ever dreamed of playing the best and most exclusive private clubs but don’t have the connections, the online silent auction offers a chance to tee it up at Oakmont, Crystal Downs, Sand Hills, Friar’s Head, Olympic, Maidstone, The Country Club, Sleepy Hollow, Nanea and many other celebrated courses. A special package to Sand Valley includes all the golf you can play across three days…and lunch with its developer, Mike Keiser.

Sometimes a pony fixes everything. At least for a little while.

For non-golfers there are wine experiences, spa packages, jewelry, four tickets to a Lady Gaga show in Las Vegas, and signed sports memorabilia from the likes of Muhammad Ali and Tom Brady. Want to throw out the first pitch at a Cleveland Indians game? That’s up for grabs, too. (To buy tickets to the event or bid on items, click here.) “The generosity from people [who donated the items] is really wonderful and overwhelming,” Karen says. “It shows you how much compassion there is in the world.”

Nowhere is this more apparent than in the Kahns’ home. The other day Amelia once again became fixated on a pony, asking over and over for one as a pet. After some negotiations she agreed that getting to ride one that afternoon would suffice. Karen made a series of calls and located a place that offered rides and in short order the family was out the door for an unscheduled adventure. With a wary smile, David said, “Sometimes a pony fixes everything. At least for a little while.” 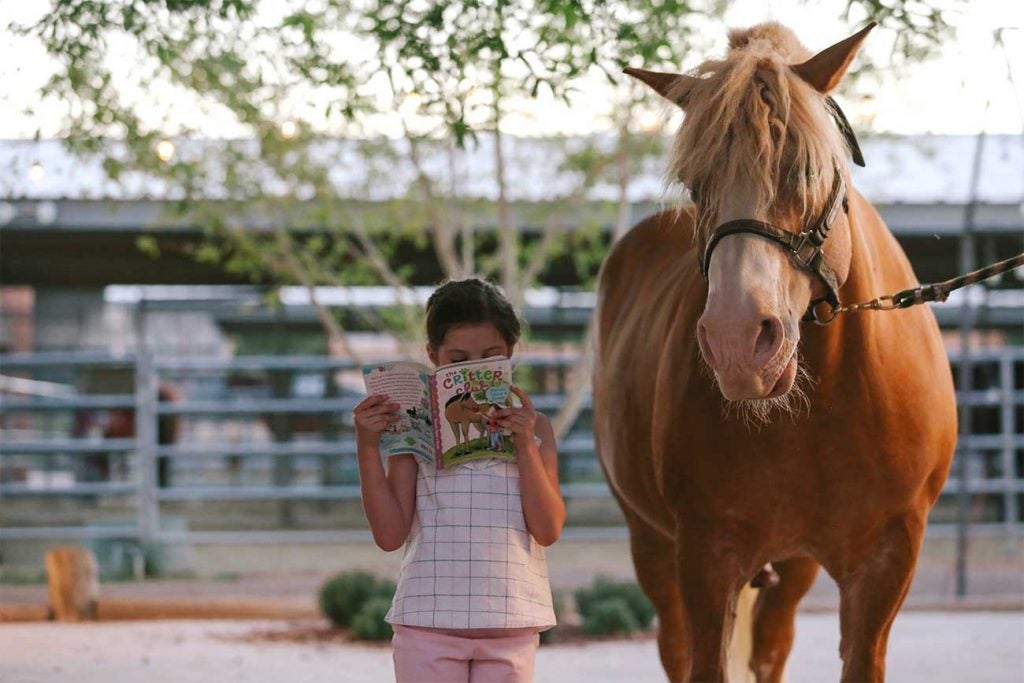 Makenzie reads up on her pal standing next to her.
Caitlin O'Hara