These are the 4 best golfers in Major League Baseball 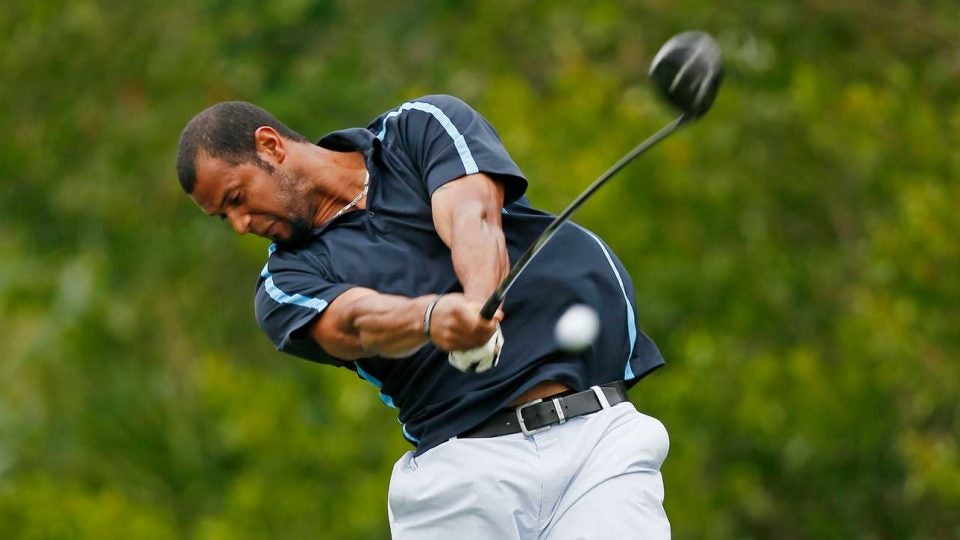 Aaron Hicks is one of the best golfers in the MLB.
Getty Images

The Big Four — MLB, NFL, NBA and NHL — are stocked with natural talent. They have their share of on-course ballers, too. Makes sense. Athletic moves across all sports show up in the golf swing. Here are the four best golfers Major League Baseball.

Only 10 years ago, McNeil was teeing it up at the U.S. Junior Amateur Championship alongside now familiar names like Jordan Spieth, Patrick Rodgers and Emiliano Grillo. The 2019 All Star had always thought of baseball as a backup plan, but when he didn’t get the scholarship offers he was expecting to play college golf, he took an offer to play baseball at Long Beach State instead — and the rest is history. As a player capable of hitting it over 300 yards off the tee, McNeil and Phil Mickelson share a driving philosophy: “I try to hit bombs off the tee,” McNeil says. “There isn’t much I won’t go for.”

Out here trying to find some fairways and hit absolute bombs ??

In an interview with YesNetwork, Clippard admits that he would have tried to play golf professionally if baseball didn’t work out. Golf was Clippard’s main focus in his early high school days, and he says he sent letters to colleges all over the country in an attempt to gain attention for a scholarship. Though baseball ended up working out for him, Clippard hasn’t let his golf skills wane. He shot 72 at Pebble Beach from the blue tees back in 2015 — and he has a pretty impressive golf shoe selection in his truck (see video below).

Hicks grew up practicing on the same golf course where Tiger Woods honed his skills, and won junior tournaments on the same turf Woods had dominated only a few years before.  “I wanted to be Tiger,’’ Hicks told The Post back in 2016.  “I wanted to mold my game like his. I used to do all the taping on my fingers like he did on his fingers. Tiger was the inspiration and big influence on my golf game. I wanted to get better and get bigger because he was getting bigger, so that made me start working out.’’ But after Hicks discovered baseball at age 12, he committed himself fully to the sport, and golf fell by the wayside for a while. One fun fact? Hicks accumulated 5 hole-in-ones by the time he was 15 years old.

Excited to play in my first pro-am at the @genesisopen this week! Riv is so ??Hope to see some you guys out at the event.

Like Jeff McNeil, Greinke can hit a golf ball over 300 yards — one of many things that seems to come naturally to the pitcher.

Stammen picked up golf as a kid, and though he has yet to make a hole-in-one, his wife had a memorable one on their honeymoon. Check out Stammen’s solid swing below.