The 17 types of personalities on every golf buddies’ trip, from the over-indulger to the buzzkill 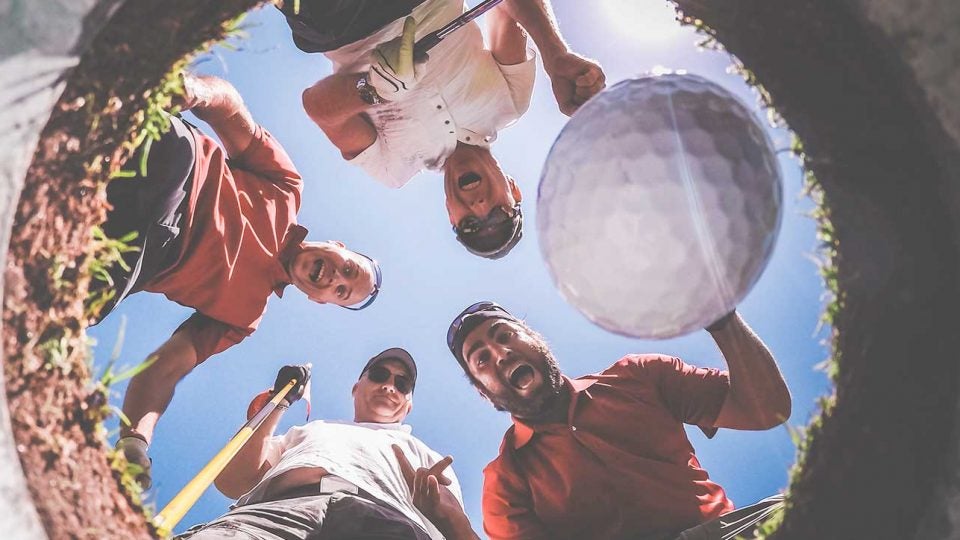 No golf buddies’ trip would ever come together without the tireless (and often thankless) work of the trip’s planner. But that’s not the only role that’s filled when you hit the road and join your pals for a few days of golf and high jinks. Here are the types of personalities you’ll encounter on every golf trip. Which one are you? (And, yes, you certainly can be more than one.)

He insists on unlimited presses, action on every up-and-down and will hammer out the post-round damage in no time while sipping a drink from the clubhouse patio. No biggie if he’s on the losing end since he’s got five hundy on a three-team parlay that evening.

He’ll find a way to have you pay for the first round and promise to pick up the second but, funny, next time the beverage cart rolls by he’ll be digging in the lake for Pro V1s. But that’s just the start. He’ll nickel-and-dime you all week, promise to Venmo in the coming days and then go dark post-trip. Somehow he keeps getting invited back every year.

He’s away from his job, rambunctious kids and honey-do list, and damn it if he’s not gonna grab two vodka-tonics with every passing of a beverage-cart attendant (at least when he’s not hitting on her). His score is usually invalid, since the majority of his back nine is spent on the cart as he struggles to stay awake thanks to the Bud Lights he snuck in his bag. 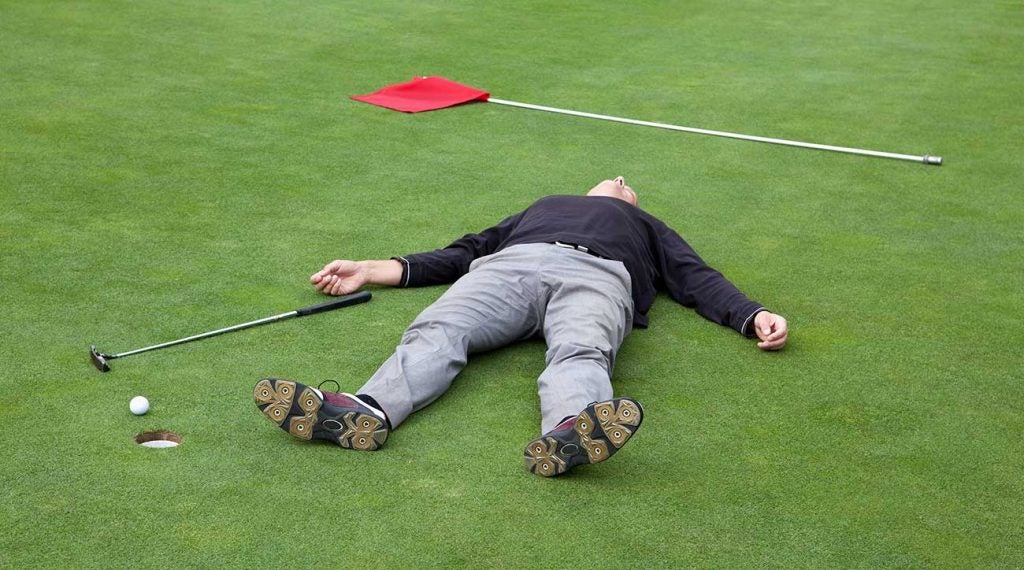 A drink for every bogey was a fun idea... until you made a lot of bogeys.
Getty Images

The mayor of the trip organizes rounds, teams, lodging and after-hours entertainment. He spends so much time trying to get everything right that you best like it or are bound to hurt his sensitive feelings.

He was all-conference in high school and hardly plays anymore, but he still makes your 220-yard wobbly slice look like child’s play compared to his soaring 290-yard draw around the corner. He’ll chip in or make a putt longer than 25 feet at least once per round, but you won’t complain if you’re on the same team.

He’s either Mike’s college buddy or perhaps Nick’s brother in law. We’re not really sure. Either way he keeps to himself and laughs at most of our jokes to fit in, so it’s all good anyway.

He’s a social-media influencer in his own mind despite having only a whopping 240 followers. Every hole with water is Insta-worthy, and on that 18th green you best be ready for the group selfie with the flag flapping in the background. 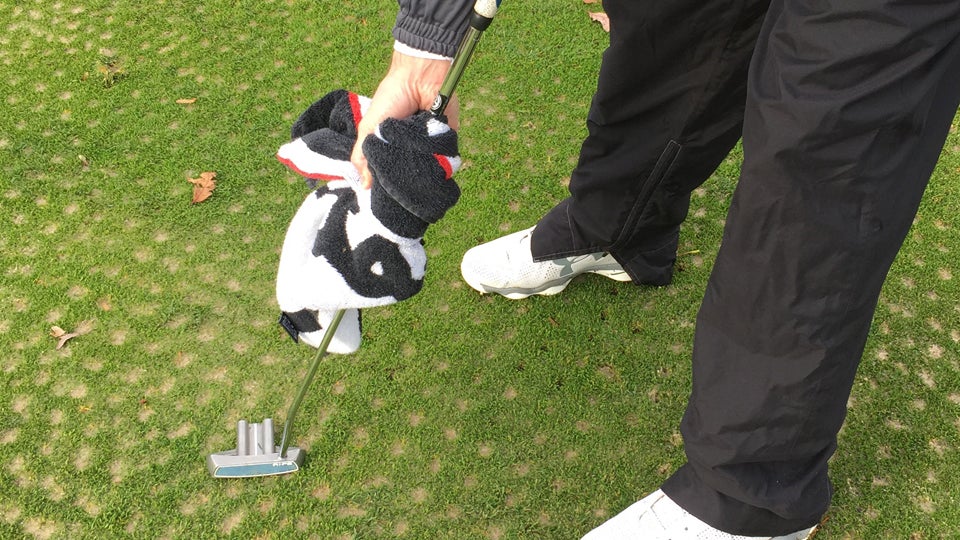 The only thing worse than watching him read six-footers from four different angles is waiting for him to walk 30 yards down the fairway to pace-off yardages from sprinkler heads. That or his  seventh practice swing from the tee box.

The guy who is just there for the other stuff

He’s going to pick up on a few holes and is most likely to play classic rock from the cart, but let’s be honest, Bruce is really here to play pull-tabs and drink tall boys at Mulligan’s Bar and Grill in a few hours. The golf is just an excuse to hang with friends.

It doesn’t matter if the course stretches to 6,500 yards of 7,500. Frank is guaranteed to ignore the starter’s guidance and beeline for the back tees. We don’t like Frank.

He dresses like he’ll shoot 74 when he’s really more likely to struggle to break 90. Nothing wrong with that, but what really irks you is when he wears his wraparound shades on the back of his head, whips out his rangefinder for chip shots, and employs the AimPoint Express technique without having the slightest clue of how to actually do it. 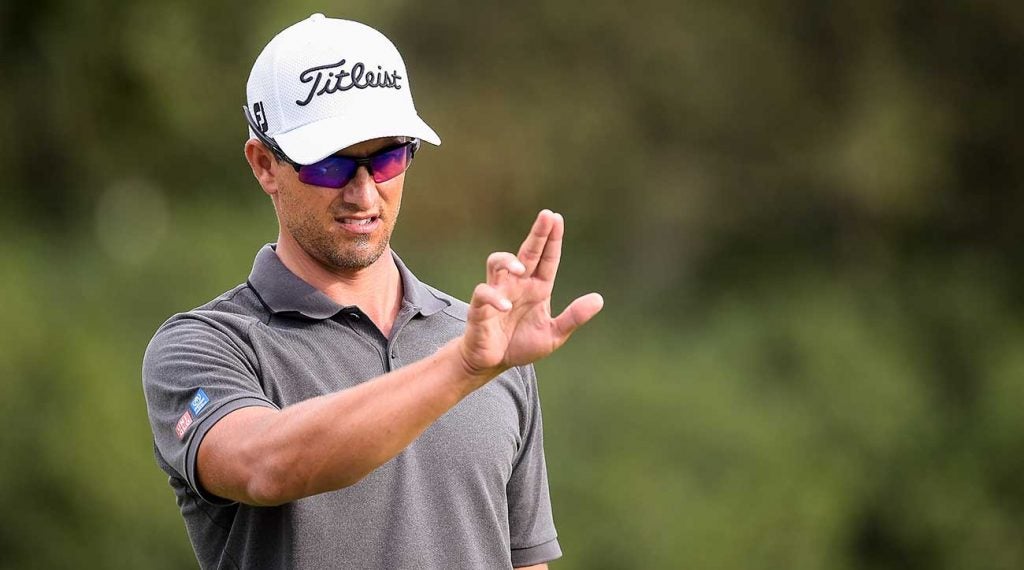 He just made his third straight double but he’ll be quick to remind you — even though you didn’t ask — just why that should have been an easy par and how his approach was just inches from being a birdie, probably. Afterward, he’ll give you the shot-by-shot breakdown with the summation that, darn it, his 97 probably should have been a smooth 83.

The know it all

He played here once five years ago so of course he likes his  numbers better than the caddie’s, and whatever you do, don’t start arguing that his version of Wolf is wrong because everyone knows you’ll never win that one. Worse yet, just wait until you rocket a drive into the woods — he’ll be the first to tell you how to fix that pesky miss.

There is the player who likes to unplug and be device-free on the links, and then there is this guy. Don’t be this guy. He’ll finish holes early to gain an extra few minutes to hash out his call, yet when it’s their turn to hit he’ll be 30 yards away pacing behind the tee box, trying to brainstorm strategies on how corporate can reach next month’s goals, or inquiring how little Lisa’s pageant went. 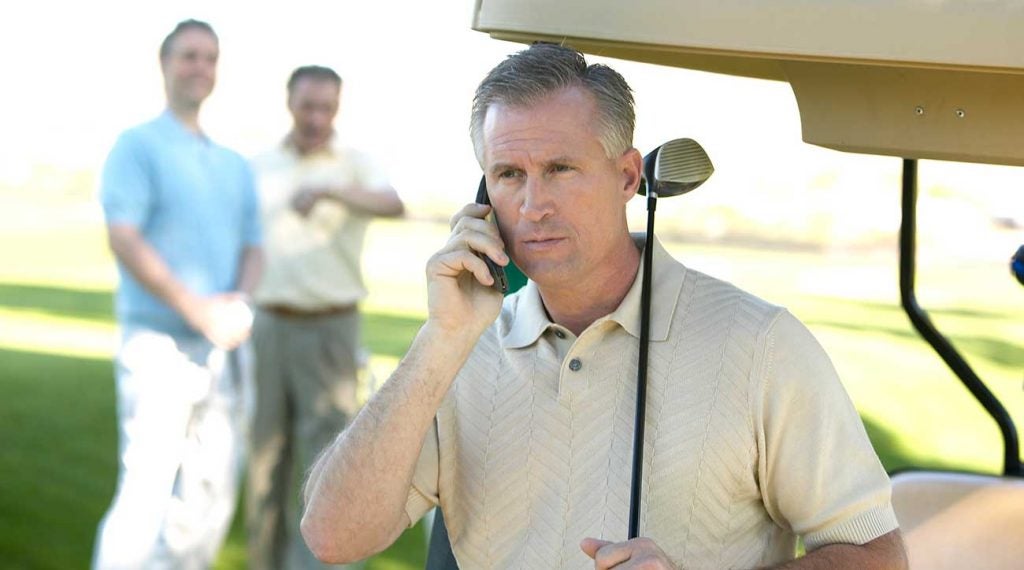 Everyone was having a blast until, right on cue, Justin had enough of his three-jacks and stormed back the clubhouse or pouted in the cart. There goes that friendly Nassau.

Bless Billy’s heart. His swing would make most of us quit the game yet he just shot 102 with only six lost balls and 44 putts but thinks he found something. Bill and his sunny disposition has also never seen a shot he hasn’t complimented.

He’s got a rangefinder ready, a stroke counter strapped to his belt and owns more swing aids than Padraig Harrington. Yet he somehow still can’t break 100.