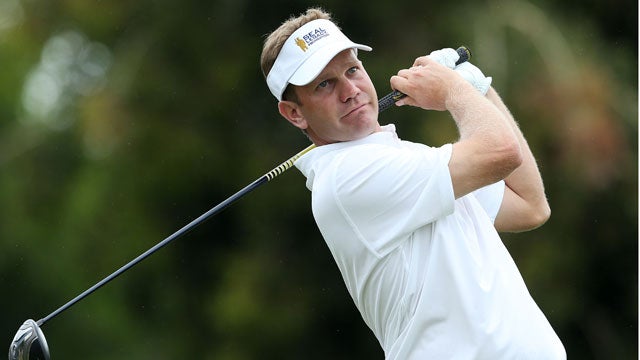 The father of Billy Hurley III, Willard Hurley Jr., has died of a self-inflicted gunshot wound, according to a Golf Channel report.

Hurley is a 33-year-old PGA Tour player and former Lieutenant in the U.S. Navy whose father went missing for nearly two weeks at the end of July. On July 28, he revealed during an emotional press conference at the Quicken Loans National at Robert Trent Jones GC in Gainesville, Virginia, that his family could not locate his father, 61-year-old Hurley Jr. Police announced on July 31 that the elder Hurley had been found in Texas unharmed and had, “decided to take a trip for one reason or another,” according to a police spokesman.

Reports Thursday indicate that Hurley’s father ended his own life.

Sad news to report. The Father of Billy Hurley III has died from self inflected gunshot wound. Thoughts & prayers with Billy and family. Hurley released a statement Thursday thanking the PGA Tour and fans for support.

“I want to thank the PGA Tour, the greater golf media, and all those who provided their support, prayers and encouragement,” the statement reads. “The PGA Tour community has always taken great care of us, and my family and I are very grateful for that. As soon as I am able, I will return to golf and will provide further comment.”

Hurley is not in the field at this week’s PGA Championship.