Fantasy Six Pack: These players could help you win a $1 million prize at the U.S. Open 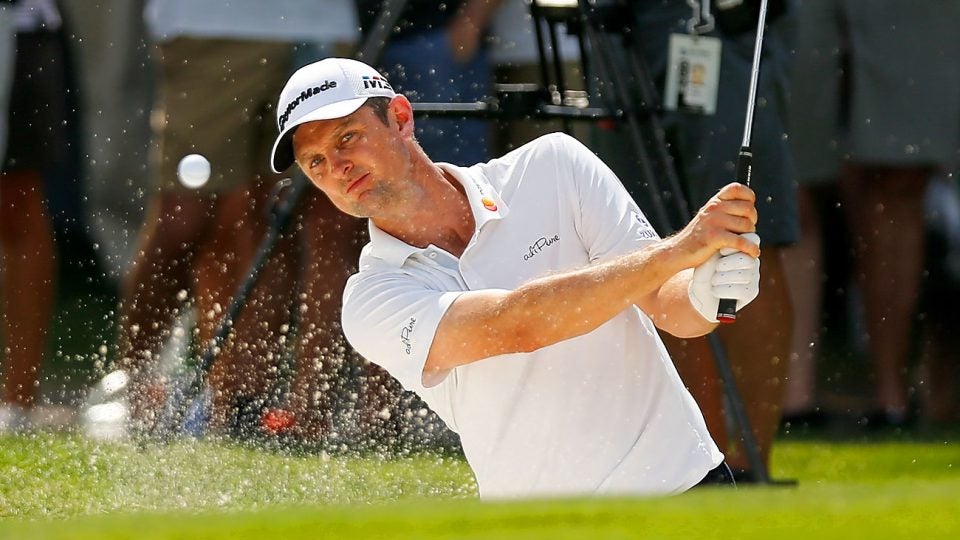 Welcome to the Fantasy Six Pack, where we highlight six golfers to use in two popular fantasy golf platforms, DraftKings and FanDuel. On each, you must select six golfers for your lineup under a specific salary cap. (DraftKings $50,000, FanDuel $60,000). As a reminder, I’m a golf nut with a 1.3 handicap and a nose for analytics — according to Rotogrinders, I’m one of the top daily fantasy golf players. It’s weeks like this that make this sport so much fun. The 118th playing of the United States Open, which was first played at Newport Country Club in 1895 in my home state of Rhode Island, will be played on similar terrain, about two hours south down Narragansett Bay. Shinnecock Hills in Long Island is the site. It last hosted this event in 2004, and much has changed. For a closer look at a few key holes that could decide the winner, check out this piece on GOLF.com.

This week the daily fantasy sites break out the heavy artillery, including the MILLIONAIRE MAKER by DraftKings. For a $20 entry you can assemble a lineup and win a grand prize of $1 million. This isn’t a typo. Lives will change this week … maybe it’ll be yours. Let’s get to it.

Average Winning Score: -6
Average Cut: Well over par
Yardage: 7,480 yards
Par: 70
Skills emphasized: U.S. Opens are generally won on ballstriking, as missed greens and fairways lead to trouble. So we’ll focus on strokes gained off the tee, proximity to the hole, greens in regulation and approaches.

A tale of two sides, as we liked DJ last week and he ended up winning, while Wes Bryan also notched a top 10. However, streaky players like An and Aphibarnrat missed the cut and got a head start on U.S. Open preparations. Dustin Johnson (Odds: 12/1, DraftKings $11,700, FanDuel $12,400) We know how streaky DJ can be, but when he’s on nobody can touch him. And now he’s ranked No. 1 in the world again after pulling away to win the St. Jude. He was also on a run before the Masters last year, winning three straight starts at one point before slipping down a set of stairs in his rental house the night before Round 1. He hadn’t found his game this season since winning in Maui, but now it appears he’s clicking – and putting. The U.S. Open feels made for DJ, and I wouldn’t be surprised at all if he reclaims the title from his buddy Brooks Koepka.

Justin Rose (Odds 16/1, DraftKings $9,900, FanDuel $12,200) Talk about consistency. Rose could become the No. 1-ranked golfer in the world with a win this week. In the last year he’s tweaked his swing and risen to new heights. Only twice in his last 20 starts has he finished outside the top 30. He’s also gotten sneaky long of the tee, ranking 40th on Tour in driving distance.

Bryson DeChambeau (Odds: 40/1, DraftKings $8,300, FanDuel $10,100) He’s looking to become the first Open winner since the late Payne Stewart to wear a “flat cap” hat. No matter the style, or his unorthodox, science-based approach to the game, you can’t deny how well he’s playing. He has three top 5s in his past five starts, capped by a win at the Memorial. Perhaps he can ride his hot streak to his first career major title. Statistically, he ranks 24th in driving distance, 19th in GIR, 12th off the tee and 16th in approaches. It all bodes well this week.

Patrick Cantlay (Odds: 33/1, DraftKings $7,700, FanDuel $9,700) Other than Tiger and maybe Jordan Spieth (when he’s not struggling to make a putt), Cantlay is my favorite player. Bias aside, my goal is to help identify players that could help you win money, and Cantlay’s game is made for a U.S. Open. Ranked 42nd in distance, 13th off the tee, 14th in GIR, and 10th tee to green – and at a reasonable price – Cantlay is a perfect compliment to pair with DJ or another high-priced player. After missing the cut a couple of weeks back, he bounced back with a 4th-place finish at the Memorial and at one point led on Sunday. Ultimately, he succumbed shortly after his group was placed on the clock. But maybe his second win of his season comes this week? The talent is there.

Rafa Cabrera Bello (Odds: 75/1, DraftKings $7,200, FanDuel $10,000) The streaky Spaniard has reeled off back-to-back top 10’s. RCB is known more for his accuracy than his length, and that could limit the upside this week, but at this price and potential upside, he’s worth a look.

Ryan Fox (Odds: 250/1, DraftKings $6,500, FanDuel $7,600) We’re going deep here, as Fox is probably an unfamiliar name unless you follow the European Tour. But Fox is having a consistent season, and he’s ranked 12th on tour in strokes gained tee to green and 14th in driving distance. His weakness? Putting, where he’s 210th, near the bottom of the tour. Because Shinnecock’s greens will be so difficult for everyone in the field, I think Fox’s deficiency will be somewhat mitigated. He’s made five straight cuts with his best finish coming two weeks ago, eighth place in a strong field at the Italian Open. With his length off the tee and current form, he’s worth a flier.

Jordan Spieth (Odds: 16/1, DraftKings $10,800, FanDuel $11,500) What is going on here?! For most of the year it was his putter, but in his last start everything seemed off. He took last week off, and perhaps a week of solid preparation, coaching and recovery will have him reset and ready. He loves to surprise us, and maybe he has one in store for us Sunday evening.

Finally, a check on Tiger:

Tiger Woods (Odds: 33/1, DraftKings $9,200, FanDuel $11,000) Speaking of lousy putting, Woods was near the bottom two weeks ago at Memorial. I don’t expect that to continue. He’s leading the field in tee-to-green over his last six starts, which should help him compete this week. And how sweet would it be if this week he wins first major in exactly 10 years? What a story.

DraftKings: (More than $5 million in guaranteed offerings this week

These are just some of the many contests between the two sites. For a full breakdown of all contests and offerings check out the links in my bio! Good luck this week, and enjoy the U.S. Open!