PONTE VEDRA BEACH, Fla. — World No. 43 Eddie Pepperell has made waves on the course over the past year, collecting two wins in Europe and surging up the world ranks. Still, the outspoken Brit acknowledged that his reputation in the U.S. still centers around his behavior off the course.

Last year, a story on Pepperell went viral when he admitted playing the final round of the British Open “a little hungover” but shot 67 and snagged the clubhouse lead for several hours. The story, plus Pepperell’s singularly thoughtful Twitter feed, has stuck with him.

“Ironically, I’m probably most known for [the hangover] or my Twitter, which is everything I despise about life, really,” Pepperell said Wednesday. “I never wanted to be a social media guy or anything like that.” He called the hangover story overblown, but also said he was speaking a truth that others would deny.

“Mostly people found it funny, a couple didn’t, and accused me of being unprofessional, which I guess you could say I was,” he said. “There’s probably a lot of guys out here who have as well but just haven’t admitted it.” As to his own success playing after a few drinks?

"There's probably a lot of guys out here who have as well but just haven’t admitted it."

But despite his misgivings, Pepperell also acknowledged the power of social media for good. When he tweeted last week about wearing a pair of Jack Nicklaus-themed socks at the Arnold Palmer Invitational, Nicklaus himself responded. And last year at the British Masters, Pepperell drew out a playful side of Justin Rose when he demanded a certain type of chocolate be left in his locker.

“If you throw something quite eccentric like that, well, we all have our quirks but you need to open them up, and I’ve found my Twitter can do that,” he said of the exchange. 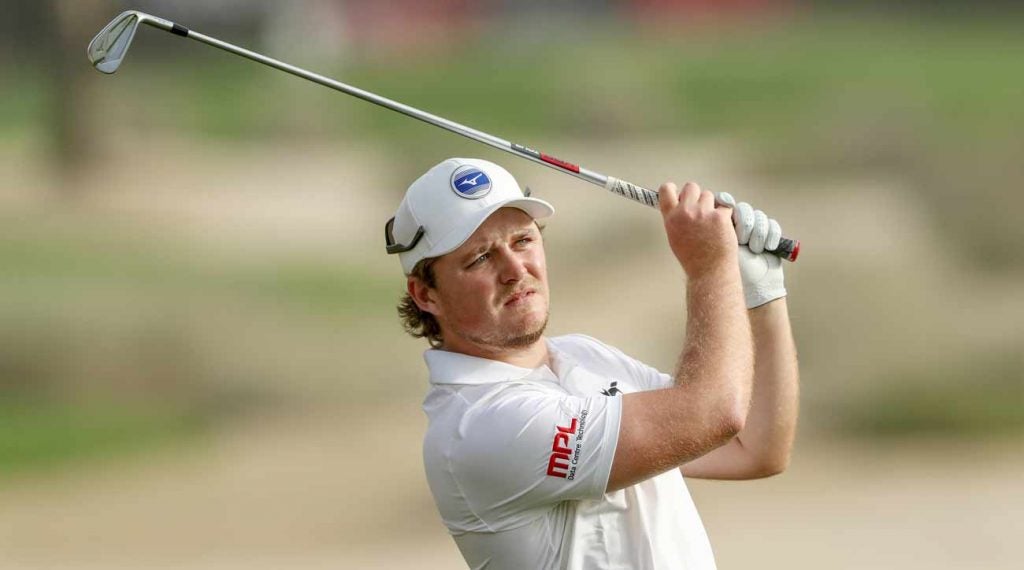 Eddie Pepperell is one of golf's most quotable players.
Getty Images

Pepperell hasn’t been as on form in 2019, and said that even Tuesday he’d left the course in frustration for several hours just to reset his mind and swing. But the 28-year-old said he has enjoyed his time in the U.S. Still, he has no plans to move here and join the PGA Tour.

“I think that would require me living over here, and with my Twitter history I think getting a green card would be difficult,” he said.