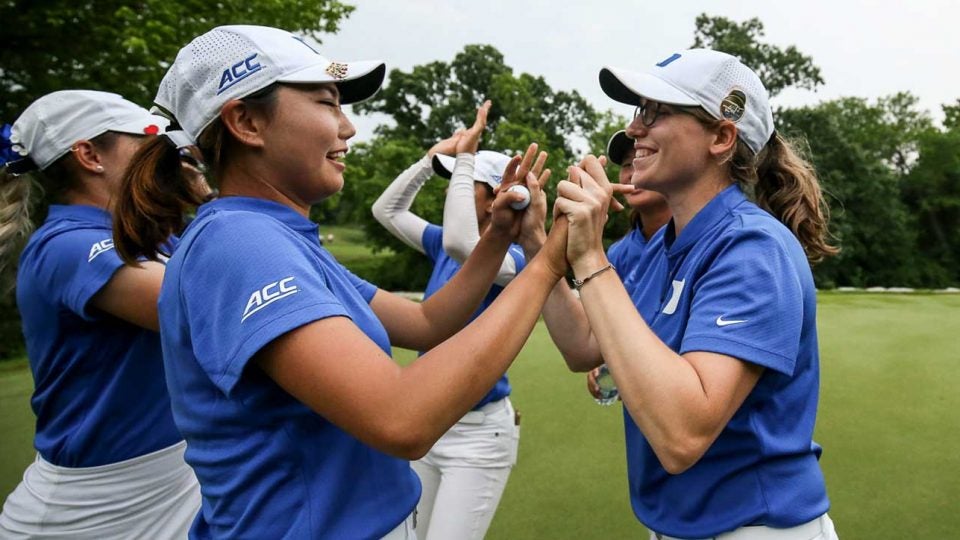 It’s the seventh NCAA title for the Duke women.

Wake Forest and Duke were tied 2-2 with just one match remaining between Letizia Bagnol and Wang. But Bagnol found the water on her second shot into the par-5 2nd hole — their 20th hole of the match — and later faced a three-footer for bogey. She picked it up and conceded the match when Wang nestled her birdie try to two feet away. The celebration came next.

For the seventh time in program history, @DukeWGolf has won the #NCAAGolf Women's National Championship 🏆 pic.twitter.com/T84FuDcJpw

Three of the five matches went into extra holes. Siyun Liu and Emilia Migliaccio won for Wake Forest, and Jaraavee Boonchant and Ana Belac won matches for Duke, all of which set the table for Wang’s clinching victory.

Boonchant’s win came in 19 holes against Wake Forest senior Jennifer Kupcho, the No. 1 ranked amateur who won the NCAA individual title last year and inaugural Augusta National Women’s Amateur in April. Kupcho, along with Arkansas senior Maria Fassi, will make their pro debuts at the U.S. Women’s Open next week. Both earned their LPGA status last fall but deferred their memberships.