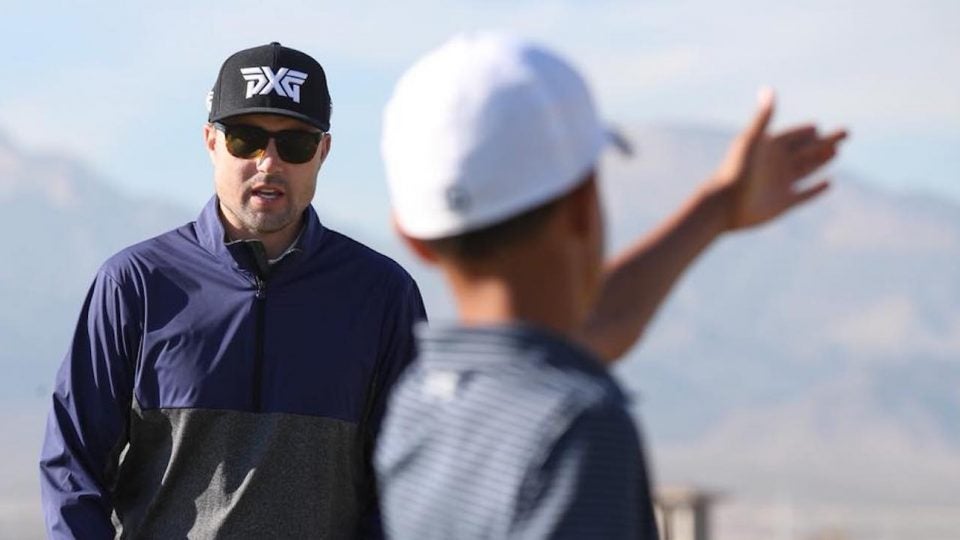 Drew Steckel has used art, science, and versatility to become known as the 'veteran whisperer'

When I arrived at The Farmers Open at Torrey Pines for the start of play on Saturday, Drew Steckel had already been at the range for 3 hours. Of his stable of Tour players, two had made the cut and one who had missed it wanted to stay around to iron out the kinks in his action. This day would start at 5:30am and wouldn’t end until 7:30pm. This is the life of a committed Tour coach. Long days on the weekend away from friends and family in the pursuit of tour success for their players.

I have been watching Drew for a couple of years now. He is the type of coach that Skillest.com. He’s humble, yet knowledgeable beyond his years. Like all great coaches, his love for helping others quickly replaced the love of his own game and in college moved from player to player fixer.

He has been heavily influenced by the teachings of Mac O’Grady, but he quickly realized that if you want to make it at the elite level you need to be versatile. You must work with a myriad of different swings and patterns and thus can never be tied to just one belief system.

His list of students is impressive, Kevin Na, Pat Perez, Jason Kokrak, Chesson Hadley, Anna Norquist and many others. His players have had five PGA Tour wins, countless top 10s and his services are increasingly in demand. All of this at the age of 33, a feat practically unheard of at the highest levels of the game.

Way to fight it out on a Sunday and get the win @kevinna915 @shrinersopen great to be there and see a win in person!

The fog delay that morning at Torrey extended his long day, but fortunately his two players that had made the cut were playing together, Pat Perez and Jason Kokrak. But before that, he would spend the morning with a different student, Chesson Hadley, who had missed the cut and wanted Drew to help him decipher what had gone wrong. They would spend around two hours on the range, hitting balls and filming swings, searching for that extra one percent that is so often the difference between making money that week or none at all.

Coaching players at this level is a combination of art and science. It’s not like coaching a junior through the ranks, where you have years to shape a swing and a playing style. Players out here have baggage. Serious baggage. Years of swinging with a specific pattern and often layers of scar tissue. This is no place for a total rebuild, there is no time for that and these golfers have had at least some success with their current game. They want huge gains without a huge change. They need to be able to play with a familiar feel while still making incremental improvements. Knowing how to use science toward this end is the art that Drew Steckel has proven to be the master of.

“You have to be a generalist out here,” Steckel says. “You cannot teach with rules and hard models.”

Wishing @patperezgolf a speedy recovery! Catch up on the reading and writing in your journal.. @dannygolf0724 misses you! #GTL

His success speaks for itself, through the results of his students. We’ve seen him revive the careers of two Tour veterans. Pat Perez had drifted through a 15-year period since his first win with little to no success. He had experienced injuries, loss of form and loss of faith…until he met Drew. Together they would rebuild Pat’s game and at the age of 40 would move it into the best form of his life. He would win the Myakoba and the CiMB Classic in consecutive years and move to a world ranking of 16 at the peak of his powers.

When most players’ games are slowly deteriorating, Pat’s was excelling.

There’s a similar story of transformation with another of Drew’s students, Kevin Na.

For the first 16 years of Kevin’s tour career he could only be described as idiosyncratic. Struggling with the swing yips and his health, his game was more of a peculiarity rather than that of a serious contender.

In his first 16 years on tour Kevin won only once. The last three years have been a completely different story. He has won three times and has become a formidable contender. Where previously he looked unsure and vulnerable, now he is feared whenever he lurks on the leaderboard. 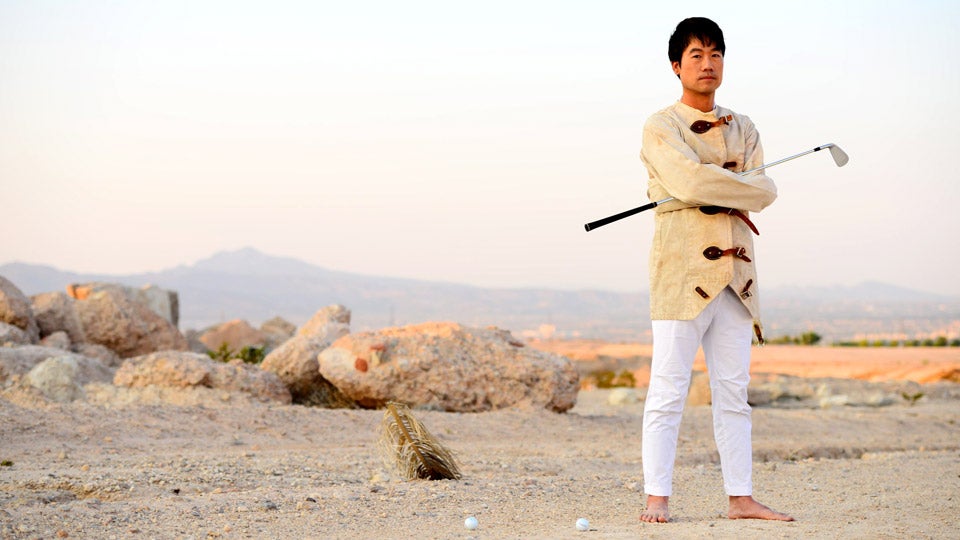 Features
The Complicated Kevin Na: A Case Study in the Frailty of a Golfer’s Psyche

To achieve these results as a coach you need to know what levers to pull and when.

“These players are out here playing for their life, if you’re going to change something in their swing you had better be sure what you are doing,” Steckel warns. “A couple of wrong calls and you can end careers.”

That is a lot of pressure to bear, especially as a 33 year old when most older coaches might believe you are yet to earn your stripes. But Drew clearly has an eye for it. He assesses the player, both mentally and physically, makes a determination of which way he wants to go and then guides his players step by step along the journey. This takes both IQ and EQ, as fixing a players game takes technical knowhow and emotional awareness.

As the long day at Torrey was drawing to a close, we were discussing the ups and downs of being a Tour coach when, right on cue, it was perfectly demonstrated by Pat Perez, who proceeded to hole a 230 yard hybrid to an impossible pin for eagle.

More than demonstrating the fickle nature of coaching, I thought it represented the mercurial nature of this Tour coach that his manager calls the “veteran whisperer.”

To learn more about Skillest and to book a lesson of your own with Drew, head over to Skillest.com or download the app in the App Store.