What is Doubles Golf? Everything you need to know about the new format 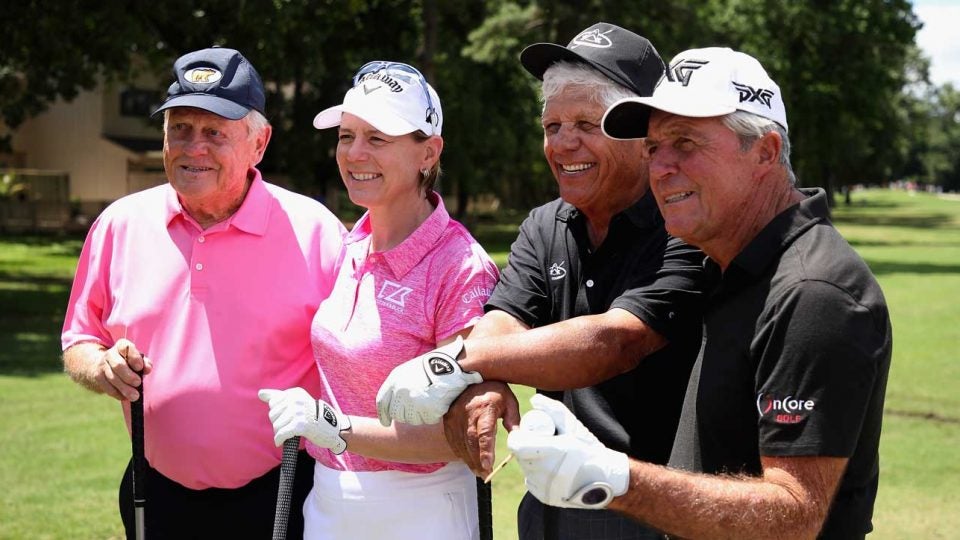 Jack Nicklaus and Annika Sorenstam are two of the big names behind the newly formed Doubles Golf.
Getty Images

One of the tried and true golf formats is bound to get more popular under a new name. It’s called “Doubles Golf,” and it’s a fresh way of formalizing the two-player scramble.

Jack Nicklaus, Annika Sorenstam and other notable figureheads are behind the doubles golf movement and believe it will promote a relaxed version of the sport for juniors and beginners. Nicklaus and Sorenstam are two founding members of the Doubles Golf Committee, and are joined by Seth Waugh (PGA of America CEO) and Jay Monahan (PGA Tour commissioner).

The Doubles Golf format is essentially a two-player “scramble.” Both teammates hit shots from the same location and then choose from which end position they would like to play their ensuing shots. The goal: get the ball in the hole in as few strokes as possible.

News
Game, set and match: Six fun game formats for your weekend round

The system for organizing doubles teams is already online, where teams can register for $30. With the appropriate number of 9-hole doubles rounds, teams will establish a DoublesGolf Index. Teams can also establish a temporary index if they both have individual USGA Handicap Indexes. All of it combines for a true rating system by which inter-club matches and tournaments can be played.

“A number of our PGA Sections will be providing Doubles Golf programming through our PGA professionals and their facilities in this roll-out year,” Waugh said in a press release. “We see exceptional opportunity to keep players of all ages, abilities and walks of life, in the game longer, and bring new recreational players into the game, through Doubles Golf.”

The most intriguing event on the schedule right now is the United States Doubles Golf Am Championships, which will be hosted at The Bear’s Club in Jupiter, Fla., later this year. That includes men’s, women’s and even mixed doubles, like in tennis. Once enough doubles teams are registered across the world, organizers will establish an online system for Doubles Golf Leagues.

For more on the newly formed Doubles Golf, check out their website here.