How golf is doing good during the coronavirus crisis 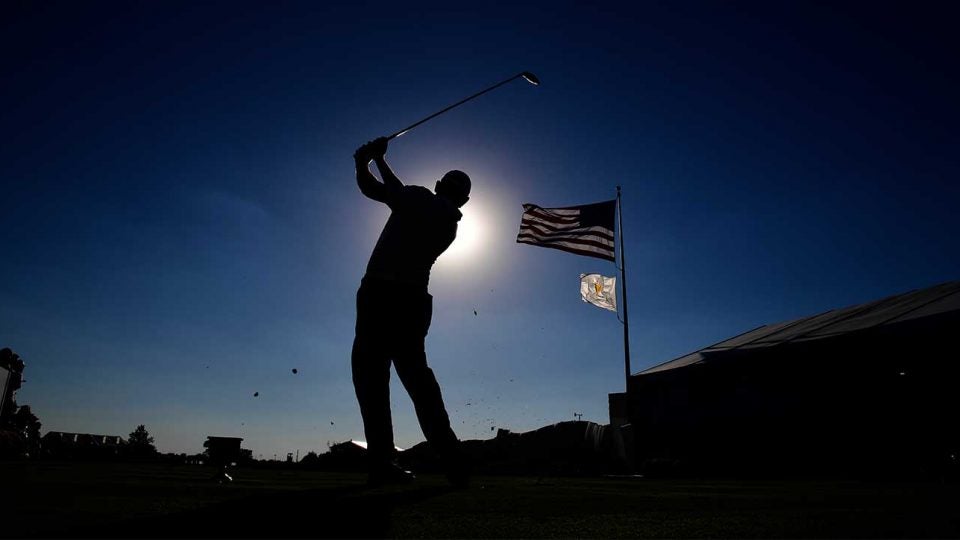 From Augusta National to Indian Wells Golf Resort, and Brooks Koepka to your child, here's what golf is doing for good during the coronavirus crisis.
Getty Images

Even for the eternal optimist, the first three months of 2020 have been a struggle. But times of incomprehensible struggle often beget extraordinary good—a paradox that has proven itself uniquely true to golf, a sport whose professionals aren’t competing, whose venues are shuttering, and whose businesses are feeling the effects of the global economic downturn. In the midst of struggle, golf has discovered a remarkable capacity for good.

Here’s the best of that good.

Just two weeks prior to Ridley’s announcement, Augusta National postponed the Masters and ended its playing season early in an effort to stop the spread. The donation made Augusta National the first major club to contribute to relief efforts for the virus.

For all the talk of Brooks’ careless facade around the course, he was the first major pro golfer to contribute to relief efforts. Through his foundation, Koepka donated $100,000 to the newly created COVID-19 Relief Fund in his hometown (and current residence) of Palm Beach County.

A trio (independently) commits to feeding the hungry

While it’s tempting to act selfishly in a year that’s been defined by toilet paper shortages and bulk shopping, three people independently decided to focus their efforts on the most vulnerable in their respective communities.

Tony Finau came next, announcing he’d teamed up with “Feed the Kids,” a charity in his hometown of Rose Park, Utah. Finau donated enough meals to feed 500 kids in the Rose Park area for the next six weeks.

All while Erik Anders Lang is nearing the end of his campaign to raise money for No Kid Hungry. Lang is donating 20 percent of all sales on his website to the charity, and Waste Management will match Lang’s donations dollar-for-dollar. Thus far, the pair have raised nearly $30,000.

Max Homa is losing while others are gaining, but that’s not necessarily a bad thing for either party. Homa issued a challenge to Twitter: if a user donated $2500 or more to a local food bank, he’d shave his arms completely. A week later, Homa had spurred nearly $40,000 in donations. As an act of goodwill, he shaved both his arms AND legs. You don’t have to go to those lengths to give back, but hey, it worked for Max.

So, a deal’s a deal. After raising nearly $40,000(!) for food banks in need of some help during this critical time and one incredibly generous donation, I need to honor my commitment to the cause. Today, I will be shaving my arms AND my legs (yes it was a very generous donation) pic.twitter.com/xpCVTsoh8y

A course carries a community

Golf is just about the only thing you can’t get at the Indian Wells Golf Resort. With the course closed, the barebones staff has instead been running the local grocery store and course restaurant, fielding and serving up to-go orders. When they’re not working, the crew has also begun making mask kits for healthcare workers in dire need using supplies from a local volunteer coalition. They claim they’ve assembled as many as 500 kits in a day, and that’s just what they’re doing when they’re NOT working!

Flatten the curve and support the stinger

It’s incredibly important to flatten the curve, but let’s be honest, the whole premise is a lot cooler when you view it through the prism of hitting a sick stinger. Linksoul thinks so too, which is why they created these sweet t-shirts designed to get the word out about flattening the curve (and hitting everyone’s favorite golf shot). All the proceeds from the tee (which retails for $40) go directly to the Center for Disaster Philanthropy’s COVID-19 fund.

Buy this tee, 100% goes to charity. Together, we can #flattenthecurve. Please help us aid in the relief for COVID-19. Proceeds heading to @funds4disaster. 🙏 Our hearts are with everyone at this time ❤️ Art by co-founder, Geoff Cunningham. https://t.co/GE1oGMgDdS pic.twitter.com/pJ0aMBGIUu

Seamus Golf has a reputation as one of the young guns in the golf apparel industry, but that’s likely to change. Seamus briefly stopped all production at its Beaverton, Ore. facility and shuttered its online store. The purpose? To transition the company’s operations to begin making face masks for healthcare workers. In total, Seamus estimates they can make as many as 1,700 masks per day. Maybe it’s time we stop looking at them as the young guns and start looking at them as the good guys.

When local and state governments forced Pinehurst resort to close its lodging and restaurants, course executives raced to help the hundreds of employees whose jobs were displaced. Quickly, they created the Pinehurst Employee Relief Fund, and with it, the idea to auction off dozens of once-in-a-lifetime “Pinehurst Experiences.” By the end of the weekend, golfers from around the world pitched in to donate more than $220,000 to the employee fund.

Riviera Country Club is closed indefinitely due to the coronavirus, but that didn’t stop Riviera membership (led by “Seinfeld” and “Curb Your Enthusiasm” creator Larry David) from coming together to support their own. David started the “Riviera Caddy Fund,” a crowd-funded campaign that’s raised over $130,000 for the course’s newly unemployed workers.

No word on whether Vandelay Industries is among the contributors, but with less than $20,000 left to reach the campaign’s goal, they might not be needed.

Rory McIlroy, Jack Nicklaus and Nick Faldo are among the horde of professional athletes whose memorabilia is being raffled off for coronavirus relief. You can enter to win a signed Players Championship flag from Rory, Faldo’s old putter, or even a set of personalized wedges. The raffle will run you $25 per entry, and 100 percent of the proceeds go to the Center for Disaster Philanthropy’s COVID-19 fund.

Summit Golf, an apparel company based out of Wisconsin, is sacrificing profits in the name of supporting the healthcare system. Summit is producing surgical masks for local healthcare workers in accordance with demand. Those who wish to support Summit’s mission can click here, where a series of Summit products are still for sale.

If you’re at home with kids throughout all of this, TGA feels for you. They understand the difficulty of reestablishing structure and order in your child’s life, which is why they produced a series of golf videos meant for just that. Get your kid swinging (safely) in the house and practicing golf skills with their videos (which you can view here and here). And if your school district is associated with TGA, keep an eye out. Some school districts are working directly with them to build virtual golf classes similar to what your child would’ve had in an after-school golf program.

There aren’t any PGA Tour golfers making money while the game is shut down, so commissioner Jay Monahan figures he shouldn’t either. Monahan announced that he is foregoing his salary while other top-level executives are taking pay cuts until golf returns.