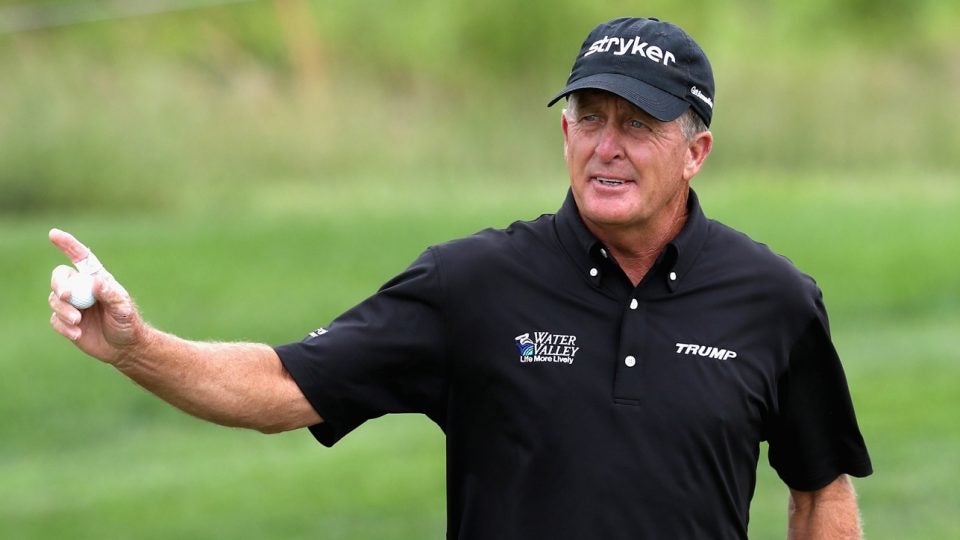 Fred Funk thanks the crowd on Thursday during the first round of the 2017 Senior PGA Championship.
Getty Images

UPDATE (May 27): Brennan was quoted in a USA Today story on Friday, which detailed Funk’s response to her original piece.

“Fred Funk walked into the press conference room Wednesday wearing a shirt with the word Trump over his heart, so it was pretty much Journalism 101 to ask him about President Trump,” Brennan said in the story Friday. “His answers, which I quoted verbatim in my column, speak for themselves. His comment about the ‘ladies tour,’ which was unprompted, was surprising. By any definition, that is a sexist comment, and I said exactly that in my column. I’d be happy to discuss this more with Fred if he wants. It’s an important conversation anywhere, but especially for the game of golf, which is trying to attract more women and girls.

“Bottom line, Fred has every right to say whatever he wants, but perhaps he should re-read my column, because he’s complaining about things I didn’t write.”

UPDATE (May 26): On Friday, Fred Funk wrote a rebuttal to Brennan’s article for the Morning Read, calling her USA Today column a “hatchet job.” Funk said he was hurt and angered by Brennan’s column, which he says calls into question his feelings about Annika Sorenstam and the LPGA. “She created an image as if I’m a man who disrespects Annika and the LPGA,” Funk wrote. “I don’t know how she could even validate that. I’m livid about that…If you were to call every woman on the LPGA who knows me and the story about Annika and the Skins Game, I guarantee that every single person would support me 100 percent. Brennan does not know the story, and she spun it to fit her own agenda.” You can read the full piece here.

On Wednesday, USA Today Sports columnist Christine Brennan caused a stir on social media with her story about observations she made at the Senior PGA Championship on the eve of the tournament’s start.

The event is being held at Trump National Golf Club in Sterling, Va. (a minor controversy of its own) and Brennan was on the grounds Wednesday for the final practice day. Her column focuses on the large number of golfers on the Champions tour who are outspoken supporters of President Donald Trump, zeroing in specifically on Rocco Mediate and Fred Funk, two PGA Tour veterans who wear the Trump name on their golf shirts. 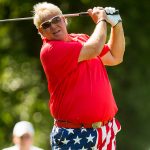 You may also like John Daly on President Donald Trump: ‘He’s doing a hell of a job’

“Trump is thousands of miles away in Europe at the moment, but he’s also right here,” writes Brennan, “His name is emblazoned in red over Rocco Mediate’s right breast. It’s in blue over Fred Funk’s heart. They have a relationship with Trump’s golf brand; Mediate for seven or eight years now, he estimates, and Funk just this year.”

But it was another detail in the column that provoked the biggest reaction. Brennan harshly criticized Funk for a remark he made during his press conference when he said, “I feel like I should be on the ladies tour right now” while talking about his struggle to keep up with the length of modern golf courses. 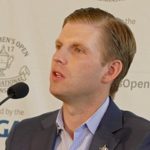 You may also like USGA wants focus on Women’s Open golf, not Trump’s course

The columnist called the comment sexist, writing, “It was fascinating that those blatantly sexist words came so easily to him. They tumbled off his tongue as if he had said them one hundred times before. Perhaps this was the first time, but it sure didn’t sound like it.”

The accusations did not sit well with Funk’s son, University of Texas golfer Taylor Funk. He responded to Brennan on Twitter in defense of his father.

A sexist remark, Trump’s name over his heart and dodging questions: just another day at Trump National. My column: https://t.co/s2NnWbiTjd

I’m sorry Ms. Brennan, but there is 1 thing my dad is not and it is sexist. The fact you think those comments are sexist is beyond me. https://t.co/74Kt0cqQZy

Controversies like this will no doubt continue to pop up during the rest of the Senior PGA at President Trump’s course outside of Washington D.C., as well as later this summer when the U.S. Women’s Open heads to Trump National in Bedminster, N.J.