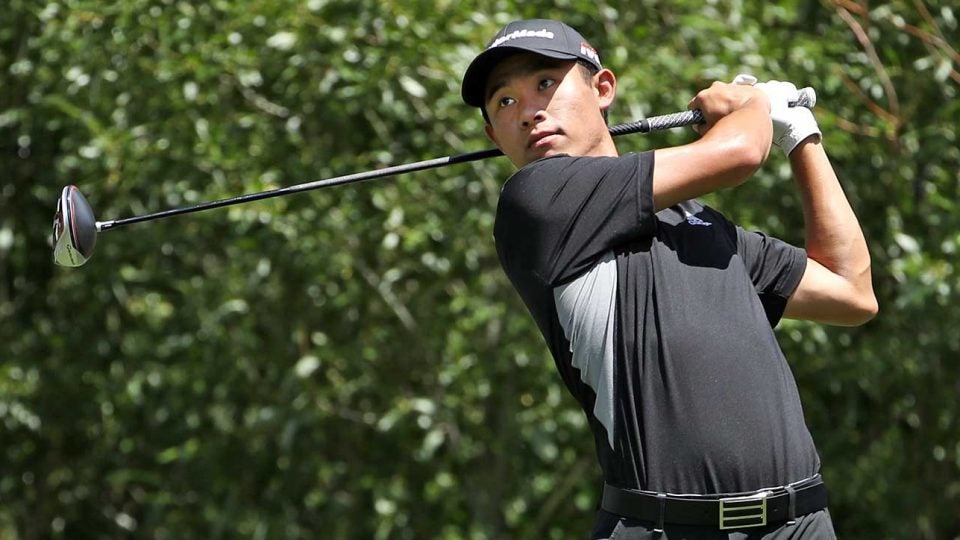 Collin Morikawa tees off during the final round on Sunday.
Getty Images

Collin Morikawa earned his PGA Tour card in a hurry.

Morikawa earned special temporary membership on the PGA Tour after his runner-up at the 3M Open earlier this month, but on Sunday he did one better, winning the Barracuda Championship in Reno, Nev., to earn automatic Tour membership through 2021.

The 22-year-old, who was in college just a few months ago, finished with three straight birdies and finished with 14 points in the final round of the modified Stableford scoring system (he shot 65). His 47 points topped Troy Merritt by three.

“It was something really special to finally get the win,” Morikawa said.

News
Here’s how Brooks Koepka locked up nearly $5 million (!) with his win on Sunday

Morikawa has made just six pro starts since he graduated from Cal but has already earned $1.672 million, $630,000 of which came from Sunday’s victory.

With the PGA Tour regular season coming to a close after next week’s Wyndham Championship, Morikawa can now keep his momentum going in the FedEx Cup Playoffs. He received retroactive FedEx Cup points with his win, and he’s now No. 46 in the ranking.