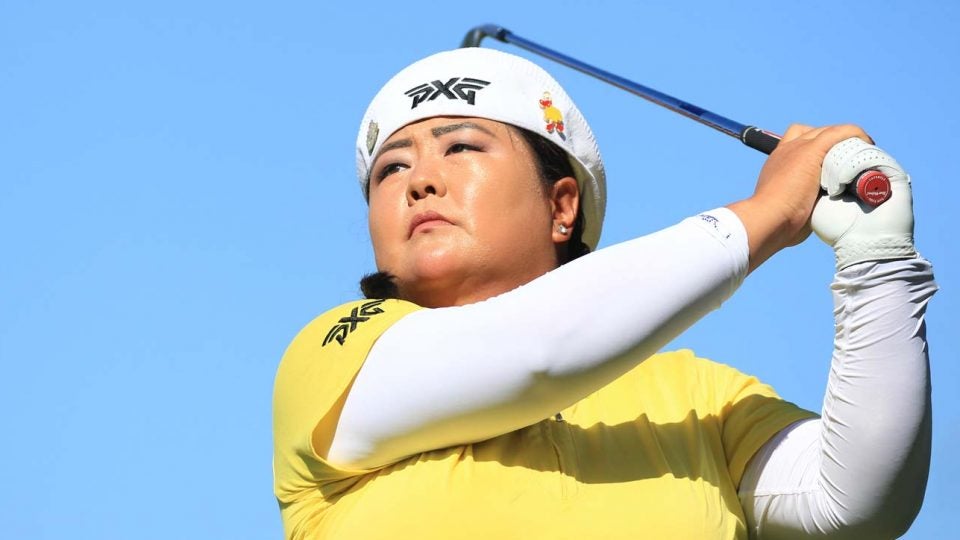 It’s been a long few days on Twitter for LPGA pro Christina Kim. The Tour veteran first made headlines over the weekend for a series of cryptic tweets regarding a rules infraction that she witnessed and reported. Though Kim refused to reveal who the culprit was, or even which rule was broken, the truth emerged on Sunday.

During the sixth round of the LPGA Q-Series, Kim was playing in a group with Dewi Weber and Kendall Dye. As Weber was preparing to hit her tee shot on the par-3 17th hole, Dye flashed three fingers toward Weber’s caddie, Jacqueline Schram, confirming her club selection. Schram confirmed Dye’s request, which was a violation of Rule 10.2, which prohibits the asking or giving of advice between players. (Caddies are considered an extension of the player.) Though Kim says she conferred with a rules official immediately after the witnessing the infraction, she did not inform her playing partners until after the round. Dye and Weber were both penalized two strokes.

After all the details came to light, Kim was roundly criticized on Twitter for both reporting the infraction, and for waiting until the end of the round to disclose what she saw to the two players. Ever since her initial tweet on Thursday, Kim has been tirelessly relaying her side of the story to both challengers and supporters on social media, and even though it’s now been four days since the infraction took place, she is still defending herself.

I can say no, I did not. I needed to know whether there WAS a violation and had to subsequently wait till after the round to get confirmation. Then did I approach them. Could have been handled differently. But that’s the path I chose, which was within the confines of the rules https://t.co/XVz8dLfoFX

Great question. I went to the official bc I don’t accuse people of breaking rules if I’m not 1000000% sure it was an infraction. I needed confirmation. Maybe that was my wrongdoing. But I did it. And I’ve seen people called after the round before. I see no issue with it. https://t.co/PsSZSOL7ei

I’m not defending anything. I stated facts. And I disagree. I never outed anyone or any date/location. It’s more important than any one of us because we all as a golfing society to know the rules. But you’re welcome to your opinion bro🤘🏻 https://t.co/aSZxZZ97iH

Can people stop saying that of all the rules out there, this is the ONE they all knew as a child? Some didn’t. It’s ok. It happens. We all have rules we can better understand. No need to act holier than thou because someone made a mistake. Let’s all get better at all the rules.

Then the amateurs are doing it wrong. The rule states to declare infractions, not warn. And I approached an official after we putted on that hole and they needed to confer to give me a direct answer if jt was an infraction. So yes, I waited. Because I wanted confirmation. https://t.co/srgbSZVWfc

Kim has tweeted about the situation more than 107 times since Thursday, mostly by responding to people who challenge her version of events or her decision to alert the rules official at all.

Despite the ongoing controversy, there is a silver lining for Kim, who ended up earning her LPGA Tour card with a T24 finish (the top 45 players earned their cards) at the conclusion of the LPGA Q-Series on Satuday, while Dye finished T51 and Weber was T67.