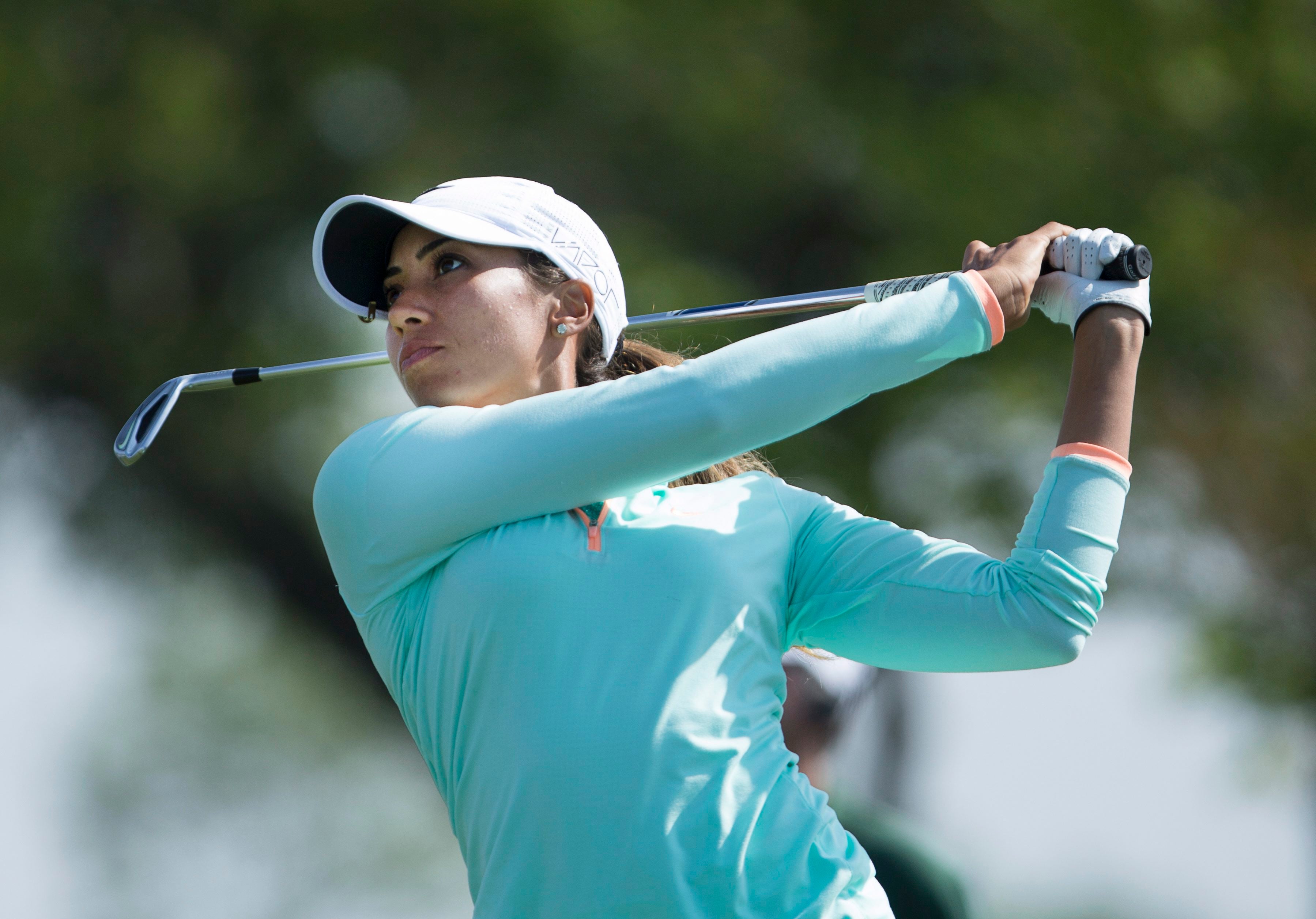 Cheyenne Woods is best known as Tiger Woods’ niece, but the 24-year-old LPGA Tour pro hints at her displeasure with that in a piece published today on Derek Jeter’s Players Tribune.

In an essay titled “What’s in a Name?” the 24-year-old seeks to distance herself from her famous uncle, to whom she is routinely compared.

“How often are you asked personal questions about your uncle?” she writes. “Once a month? Once a year? Never? For me, it happens almost every day. But that’s just kind of how it works when you’re a professional golfer and your uncle happens to be Tiger Woods.”

Cheyenne is the second member of the Woods family to contribute to Jeter’s athlete-centered site. Tiger took issue with a satirical magazine story by legendary journalist Dan Jenkins last year.

Cheyenne earned her LPGA Tour card before this season and has banked $25,431 through 11 events. She’s tied for 39th after the first round of the Walmart NW Arkansas Championship at the Pinnacle Country Club and is 267th in the Rolex World Rankings.

That exposure has led to more attention, which, naturally, has led to more questions about her famous uncle. Her Players Tribune piece doesn’t explicitly tell writers to stop asking about Tiger — but consider them warned. It seems more designed to distance herself from him and establish what some might call her own brand.

“I’ve had many interactions with reporters where the only topic of conversation was my uncle,” she writes. “This is hardly surprising because, in the golf world, the main question on everyone’s mind is always, ‘Who is the next Tiger Woods?’ — just ask Rory or Jordan Spieth. With me having the name and being related to him, it’s very easy [sic] figure, Well, maybe she’ll dominate the women’s game like Tiger dominated the men’s game when he was her age.”

“Of course, I realize that regardless of what I accomplish in my career, there are probably going to be plenty of people who always consider me ‘Tiger’s niece,’ she writes. “I’m very proud to be related to my uncle, but it’s not what defines me as a golfer or a person. Yes, my last name is Woods — but you can call me Cheyenne.”