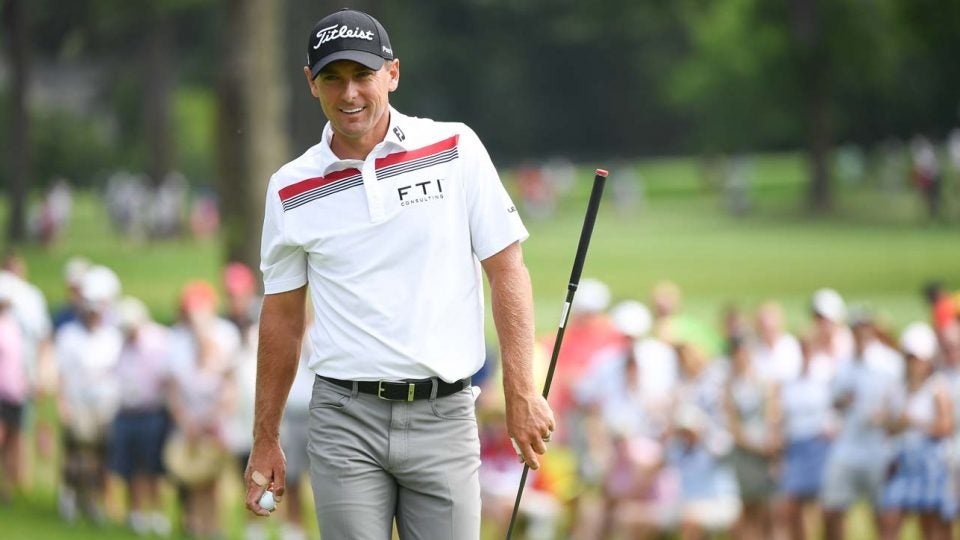 The 20-year pro is the rare specimen who’s survived in professional golf for decades but simultaneously maintained a profile of relative anonymity. He’s never been to Q school nor has he ever been relegated to the Korn Ferry Tour, but he’s never been much of a star either.

For 20 years, Howell has clocked in for 25-to-30 tournaments a season, played well enough to make most cuts, collected a nice check and clocked out. Howell’s career can be summed up as steady, if unremarkable, even if that might sound like an oversimplification for someone who’s also earned three PGA Tour wins.

But over the weekend, Howell joined elite company. With a T53 finish at the WGC-Mexico Championship and a check for $39,100, Howell crossed the $1 million threshold for the 2019-20 season. This marks the 20th season in a row he’s cleared that number, a streak that leaves him nearly peerless. The only other player with such absurd longevity is Phil Mickelson, who’s cleared $1 million in earnings 24 years in a row.

Charles Howell III will pass $1M in earnings for the 2019-20 season today, his 20th straight PGA Tour season with $1M or more.

He and Phil Mickelson (24 straight) are the only players with streaks of 20+ years all-time.

This streak is remarkable for a few reasons:

1. Longevity
Howell’s longevity and durability during his streak are quite remarkable. A 20-year run on the PGA Tour is impressive, especially when you factor in that any year with subpar play can mean losing your status. Howell has never had that issue. Since earning status some 20 years ago, he’s kept his card each season with staggering consistency and an even more staggering aversion to injuries. Since 2001, Howell has made no fewer than 23 starts each season, meaning he’s played a full schedule every year. That sort of durability deserves some serious props.

2. Profile
It can’t be overstated how under the radar Howell’s run has been. His Wikipedia page is long on information if short on substance, but that’s because there’s not a whole lot of information out there to beef it up. He’s been inside the top 10 on the money list just once, he’s played on only two international teams (at the 2003 and 2007 Presidents Cup) and he has just one career top-10 finish in a major. His accolades may seem like that of a middling journeyman, but his 20 years and nearly $40 million in career earnings speak differently.

3. Lack of hardware
For a guy who’s cashed plenty of checks in his career, he hasn’t taken home very many of the laughably large variety bestowed to the winners. Howell has just three wins for a grand total of $2.7 million of his earnings. That leaves over $37 million in career earnings from events he didn’t win. Ricky Bobby’s famous “if you ain’t first, you’re last” catchphrase holds no weight in Howell’s career arch. There may not be many trophies on Howell’s mantel, but there are quite a few zeros in his bank account.

Who knows how long the streak will continue, but for all the pro golfers who hope to get rich and still maintain their privacy, Howell should be their muse.