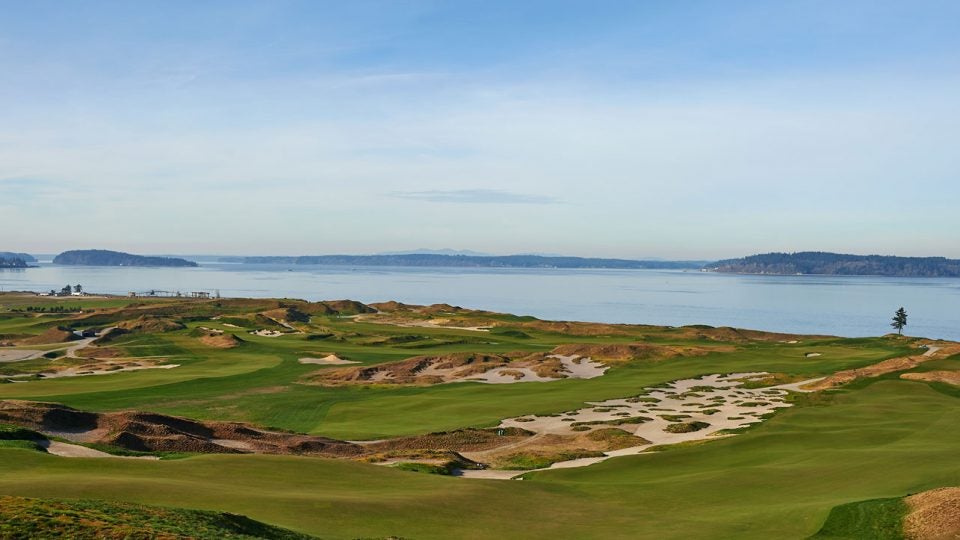 Is another major championship in Chambers Bay's future? Time will tell.
Kohjiro Kinno

It’s been four years since the U.S. Open at Chambers Bay, which was widely criticized for it’s bumpy, uneven fescue greens. In the event’s immediate aftermath, it appeared that the course’s championship future would hinge upon the condition of its putting surfaces.

According to the Associated Press, the initial plan was to allow the naturally invasive poa annua grass to gradually take over the putting surfaces, but because the grow-in period would be faster for some greens then others, a complete and drastic overhaul was ordered. Three greens were replaced in 2017, and the course closed for six months to replace the others. It reopened in April.

The good news for Chambers? USGA senior managing director John Bodenhamer is impressed by the improvements. “I wouldn’t overstate this but it did kind of exceed my expectations,” he told the AP after a late-March visit. “I expected to see a few more seams and things but I think it grew in beautifully. I guess I shouldn’t be surprised but I kind of was.”

Could another U.S. Open be in Chambers Bay’s future? Time will tell. The U.S. Amateur Four-Ball was originally scheduled to be held at Chambers Bay this year, but was moved to 2021 accommodate the green replacement. That will likely be an important litmus test for the course’s viability to serve as a future major championship host. One thing that will definitely work in the course’s favor, though, is Bodenhamer’s connection to the Pacific Northwest. He attended high school just a few miles away from Chambers Bay.

“It’s a special place to me. It was my stomping grounds growing up. I want to see it succeed on every front,” he told the AP. “I would love to see nothing more than Chambers continue to host championships as well as other courses in the Puget Sound region.”