Can a 43-year-old non-golfing skeptic learn to play the game properly? We’re about to find out. 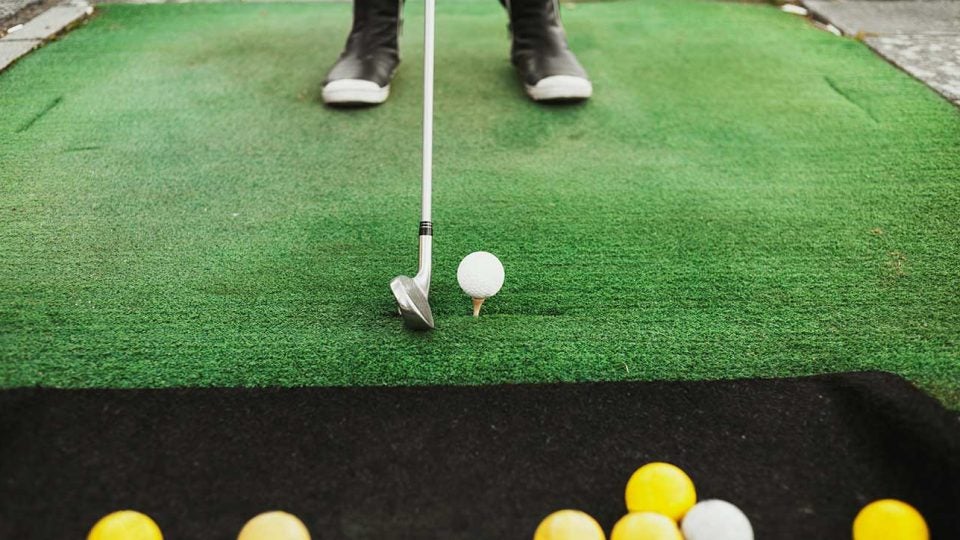 Are you making the most of your time on the range?
Getty Images

“You just don’t like golf?” asks the kind woman at the front desk of Fusion ATL, an athletic training center in posh Buckhead cofounded by GOLF Top 100 Instructor Jon Tattersall. “So why are you here, exactly?”

An excellent question. She’s right: I don’t like golf. For 43 years of life, and the last 25 as a sportswriter, I have actively avoided golf. Some of my reasons are fair (I didn’t grow up around the sport, I lived in near-poverty in the concrete wasteland of New York City for a decade). Some of them are personal failings (lingering and largely unexamined class issues, agoraphobia, dread of running into Alice Cooper). But I don’t play.

This probably makes you, the GOLF reader, think I’m a jerk. I don’t necessarily disagree. But it also makes me as close to an unspoiled golf test case as you’ll find. Not only do I not know how to adjust my swing to best maximize my driving distance, I don’t know how to swing. Golf is a sport that puts down stakes in the mind of its players and never leaves. But my mind, in this regard, is totally empty. In fact, the emptiness of my mind is one of my defining qualities.

Thus, we’ve come together for a grand experiment: Let’s see what happens when you take one of the best instructors in the country and try to have him mold a respectable golfer out of someone who has never played and is skeptical of the game. I am Tattersall’s Pygmalion, ready to be molded into something beautiful and lasting. Over the next year, Tattersall will walk me through the basics of the game as a way of reintroducing and reinvigorating it to lifelong followers through a fresh set of eyes.

First, though, we need to make it through the first lesson. Tattersall, a cheerful Brit, has been in the United States for 30 years. Like many golf teachers, he started as a player. But he couldn’t quite figure out why Nick Faldo could do what Nick Faldo could do while he, well, couldn’t. So Tattersall went into coaching and cofounded Fusion ATL 20 years ago, giving his work a foundation in science, biomechanics and consistent fundamental principles. Over the years, he has worked with professionals and duffers alike. He believes that with practice, anyone can become a decent golfer, as long as they’re willing to work, listen to instruction and find a swing that works for them and their body.

I start to worry Tattersall is going to grow to hate me during this process.

Want proof? Try Tattersall’s old client Charles Barkley, who famously has one of the most awkward swings in the game. Tattersall says it’s not only an efficient swing, it’s the only swing Barkley, with his current body, could produce right now. “You have to recall his injury history and the changes his body has gone through,” Tattersall says. “You’re trying to rotate in this sport and get your arms above your head, neither of which he could do. It’s become a joke, but that’s his best swing.” He pauses. “Ideal scenario, we’d get him healthier first.”

I start to worry Tattersall is going to grow to hate me during this process. So I ask, “Who usually gets more frustrated in coaching sessions, you or the player?”

Then he throws me a bone. “Look, it’s easier for me to coach newish golfers. Anything I say gets them going in the right direction,” he says. “I’m quite happy when players say, ‘That made no sense.’ I like to go down that road; I’ve found that the best learning takes place in the frustration.”

Tattersall smiles again. “Hey, we’re in this process together,” he says. “I’m trying to get you better, so the pressure is on me because I’m supposed to be good at this. You’re not.”

That much is certain. I’m ready for our lessons to begin. There’s a whole new world out there. Let’s go.

Will Leitch is a columnist for GOLF, a contributing editor for New York magazine, the author of four books, and the founder of Deadspin.