The return of Camilo Villegas (!) and 3 other stories you might have missed last week 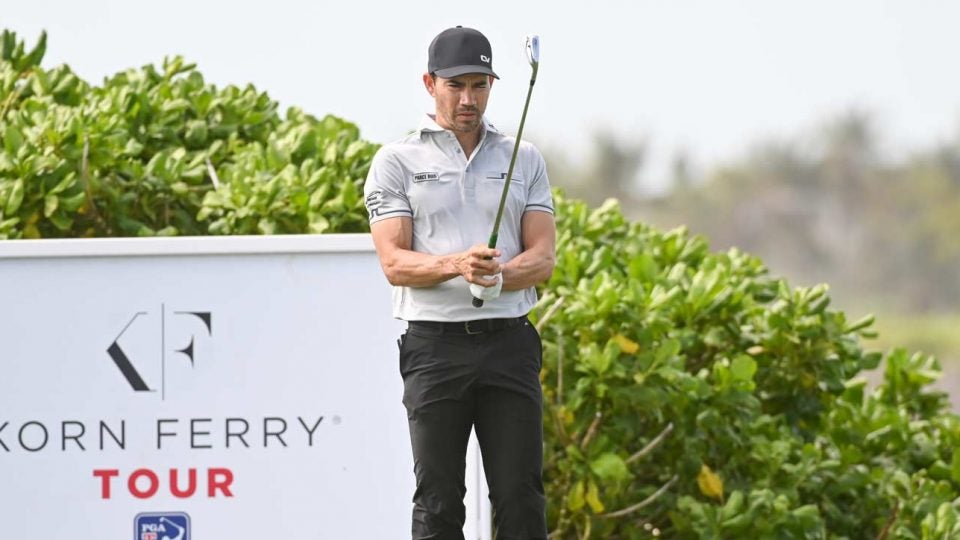 While you were busy watching celebs and PGA Tour pros on the Monterey Peninsula last week, there were — as ever! — many other stories unfolding on golf’s “other” tours. Here are four happenings that you might’ve missed.

The coronavirus outbreak has been wreaking havoc on mainland China for the last month and now the illness is affecting professional golf in the region.

PGA Tour Series-China, a development tour based in China, announced last week that in response to the coronavirus outbreak, they would be moving their global Q school from Haikou, China, to Laguna Golf Bintan in Lagoi, Indonesia.

The tour has not determined if the outbreak will impact the 2020 season, which is set to begin on March 26 in Sanya, China.

2. A ‘Spider-Man’ sighting in Colombia

Former top-10 player in the world Camilo Villegas recorded a T4 finish at the Country Club de Bogota Championship on the Korn Ferry Tour in his home country of Colombia over the weekend.

The 38-year-old is in the process of making a return from a major shoulder injury that has kept him sidelined from professional golf for nearly two years. Villegas has not teed it up on the PGA Tour since the 2018 Houston Open and last week’s performance is his first top 10 since a T2 showing at the RSM Classic in 2017.

“I was excited to be here and that’s why we’re here, to feel those nerves again,” Villegas said. “I haven’t felt them in 21 months without playing golf. It’s nice to feel them here in front of the home crowd.”

In Villegas’ absence from the game, he has tumbled in the Offical World Golf Ranking all the way down to No. 2,080. Once ranked as high as No. 7 in the world, Villegas now finds himself behind the likes of Daniel Stringfellow, Matt Marshall and Sam Locke. If you’re asking yourself who those players are … well, that’s the point.

Villegas’ game still has a way to go if he wants to regain the form that earned him four PGA Tour victories and a spot on the 2009 Presidents Cup team, but a top-5 finish in his home country will certainly serve as a steppingstone in his return.

The Vic Open, annually contested in the Australian state of Victoria, is one of the truly unique events in golf in that it hosts male and female competitors simultaneously. Since 2012, the event has been staged with a men’s and women’s competition occurring simultaneously on the same course.

Tee times are staggered with alternating men’s and women’s groups and cuts are made after 36 and 54 holes. The men and women also compete for equal $1.5 million purses.

The European Tour, which co-sanctions the event, has long been a pioneer in pushing boundaries in golf. In 2016 the tour began allowing players to wear shorts on non-competition days, a move that was mimicked by the PGA Tour last year. Now, in conjunction with a myriad of other tours, such as the Ladies European Tour and LPGA Tour, they are trailblazing once again.

The equality initiative is heartwarming, but the golf this weekend didn’t disappoint either. Australian Min Woo Lee took home the men’s title, following in the footsteps of his sister, Minjee, who won the event in 2014 and ’18, while Hee Young Park took the honors for the women.

The product seemed to satisfy fans as well. With late-night coverage stateside, golf Twitter raved about the Vic Open.

If you’re craving some golf tonight, the @VicOpenGolf is primo viewing. Winds howling, firm and fast conditions, both men and women competing at the same time, and extremely well produced from a tv perspective. An amazing contrast to the Pebble event. Golf Channel.

Let me be the 409th person to say this tonight - the Vic Open is all the awesome.

The Mackenzie Tour-PGA Tour Canada (boy, that’s a mouthful) announced its 2020 schedule last week. The 13-event circuit will span coast to coast throughout the summer in Canada, and even has the first-ever Mackenzie Tour event hosted in the United States.

The action kicks off in late May in Vancouver as members vie for a spot in the top 5 in the Order of Merit, which grants Korn Ferry Tour membership for the following season. Finishers 6-10 also receive berths in the final stage of Korn Ferry Tour Q school.

The 13-event schedule marks the largest in the eight-year history of the development tour.

The Mackenzie Tour has long served as a springboard to the PGA Tour. In fact, AT&T Pebble Beach Pro-Am winner Nick Taylor cut his teeth in Canada before moving up to the PGA Tour. Keep an eye north of the border this summer as up-and-comers compete for a chance at the PGA Tour.