Cameron Champ is the new power king of the PGA Tour

PGA Tour rookie Cameron Champ won the Sanderson Farms Championship last October in only his second event, and just one month after securing his Tour card. The boatload of FedEx Cup points he earned in the fall (521 in his first five events) almost guarantees his entry into the FedEx Cup playoffs come August. You’re sure to hear more about him, not only for his wins and top tens, but for how he uses his prodigious drives to achieve success.

At the time of this writing, Champ leads all Tour players in strokes gained driving, with a massive gain of 1.5 strokes per round. To put that in perspective, the leader in this stat category averaged a gain of 1.0 strokes per round from 2004 through 2018. (Note: Bubba Watson set the pace in 2012 at 1.5 strokes per round, so while Champ’s performance is extraordinary thus far, it’s also bordering on historic.)

It’s interesting to compare Rory McIlroy in 2018, one of the best drivers on the planet, with Champ so far in 2019. On all drives (tee shots on par 4s and par 5s), Champ’s strokes gained per round is, again, 1.5; McIlroy’s was 1.0. The difference is even more impressive when you break down the pair’s driving into strokes gained from distance and strokes gained from accuracy. McIlroy gained 1.3 strokes with his length off the tee in 2018, but gave back 0.3 strokes because of reduced accuracy. Champ is gaining 1.5 strokes so far this season with his distance while giving back zero with his accuracy. Dang!

It gets better: Champ has missed just 0.1 more fairways per round than the Tour average while also hitting slightly fewer tee shots into penalties and the hay.

In 2018, Rory led the Tour in driving distance across all tee shots on par 4s and par 5s at a 307-yard clip. This season, Champ ranks sixth, at 306 yards. Good for Rory, but for pure distance potential, I prefer to analyze tee shots taken on holes measuring 460 yards or longer, where most players “let the big dog eat.” In 2019, Champ is pounding drives an average of 327 yards on “long holes,” whereas Rory tapped out at 322 yards a season ago. Champ can flat-out crank one out there when he wants to.

It’s becoming clear from the early data that Cameron Champ will be a fixture on the PGA Tour for years to come. Since 2010, just three players have finished the season tops in strokes gained driving: Dustin Johnson (’11, ’17, ’18), McIlroy (’14, ’16) and Watson (’10, ’12, ’13, ’15). With just a single exception, these three players have ranked in the top 10 in every season since 2010. What impresses me most about Champ’s driving is his judicious use of tremendous power — he bombs it while knowing how to avoid the big miss. Champ is likely to join or even surpass the current, near-legendary crop of big-bombers. It’ll be fun to watch. 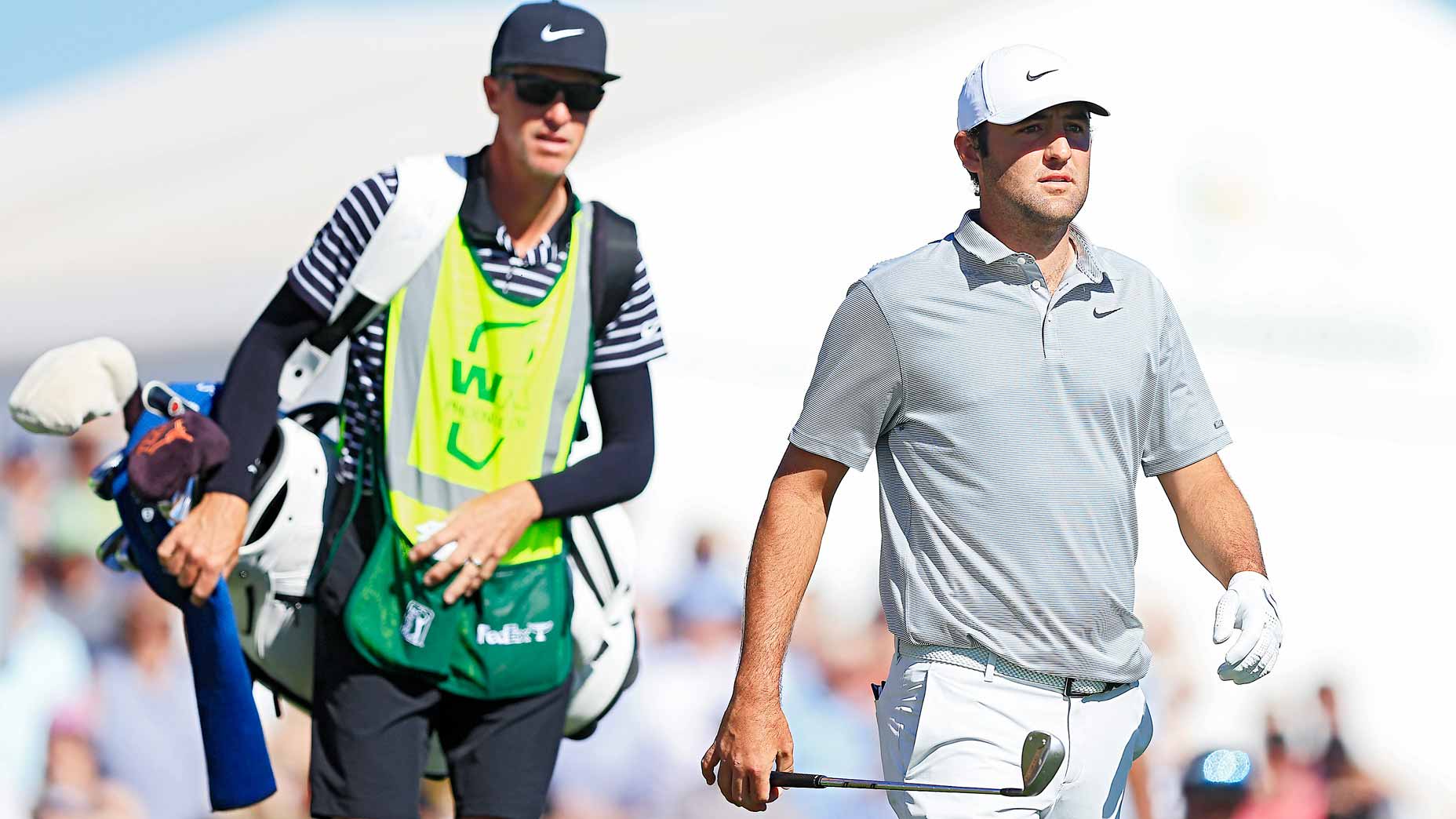 How to watch the 2023 WM Phoenix Open on Thursday: Round 1 live coverage