Caitlyn Jenner on golf with Trump: ‘I don’t think he wants to get beat by a 67-year-old trans woman’ 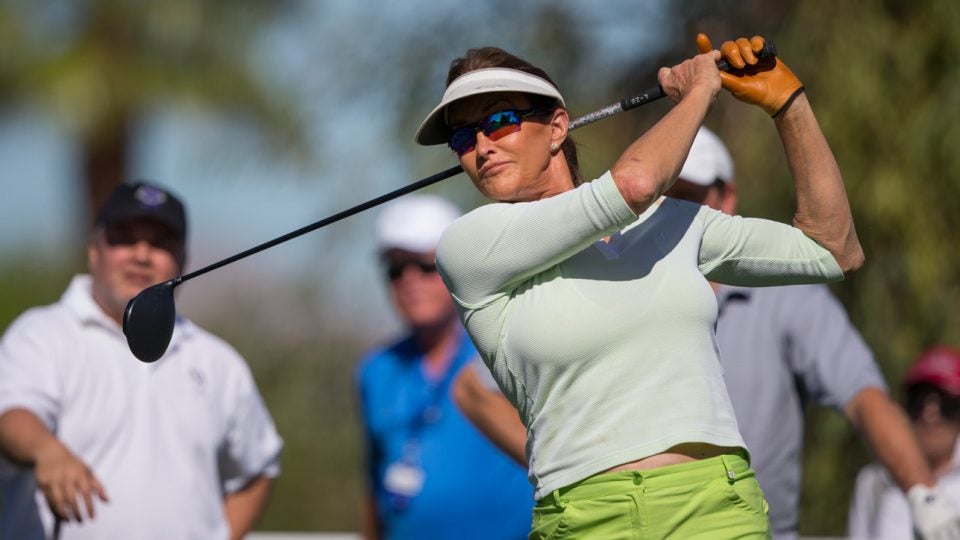 Despite admitting she voted for Donald Trump, Caitlyn Jenner says she would no longer play golf with him.
Kelly Kline/Getty

Caitlyn Jenner not only voted for President Trump, she was also planning on playing golf with him—but abruptly changed her mind. In an appearance on Late Night with Seth Myers, Jenner explained what led to her change of heart.

“Trump, who I talked to before the inauguration about a lot of LGBT issues, the whole North Carolina bathroom…all that mess. I had talked to him about my feelings on that,” Jenner said. “All of the sudden, he gets in office, and one of the first things he does, which he never should have done, is repeal the Title IX, for equality for trans people in school. That was good federal guidelines for states to be able to follow. And I blasted him.”

Myers asked if it was true that Trump had invited her to play golf after he was elected.

“Yeah,” Jenner said. “And I haven’t done it because I don’t think he wants to get beat by a 67-year-old trans woman. The man has an ego. I don’t think even the president could take that.”

“I would have [played golf with Trump] before [the Title IX was repealed],” Jenner said. “I would have gone down there and had an opportunity to spend four hours with him on the golf course and discuss a lot of the issues, and that would have been a very good thing for our community. But, when he did that, he’s toxic. I wold get destroyed by the community. Would I talk to him in private? I would do that.