#AskAlan mailbag: Is Bryson DeChambeau risking his career with his plan to get bigger?

In this installment of the #AskAlan mailbag, GOLF senior writer Alan Shipnuck fields your questions about Kevin Na’s win and chances to make the Presidents Cup team, Byrson DeChambeau’s plan to put on pounds and more.

Has there been a greater turnaround in public perception than that of Kevin Na? Slow-playing, driver-yipping villain to walk-it-in, sauce-serving hero. -@tweetnickpt

It is heart-warming how the golf world has fallen in love with Na over the last few years. A lot of that has to do with how honest and real he was in confronting, and discussing, his many demons. It’s a good lesson for every athlete — humanity is what draws in fans, not the robotic perfection for which the players strive and the artificial reality they peddle on social media.

I was golfing today (just to get you salty) and loads of people were calling for Kevin Na on Presidents Cup team. But to me he doesn’t have the mental game for team and match play golf. He was very jittery on the back nine (10 tee shot was terrible after many practice swings.) I’m glad he won, but as for the Presidents Cup? No. -@AussieInAfrica

I disagree wholeheartedly. Na would be a maddening opponent in match play, because of his curious tics, pace of play and especially his ability to hole putts from everywhere, to say nothing of his strutting and preening. I desperately hope he is picked for the U.S. team because he would add some much-needed personality. Don’t forget that Na and Cap. Woods go way back to the Southern California junior golf scene and, as we saw with their hijinks at the Players, there is a lot of affection between them. 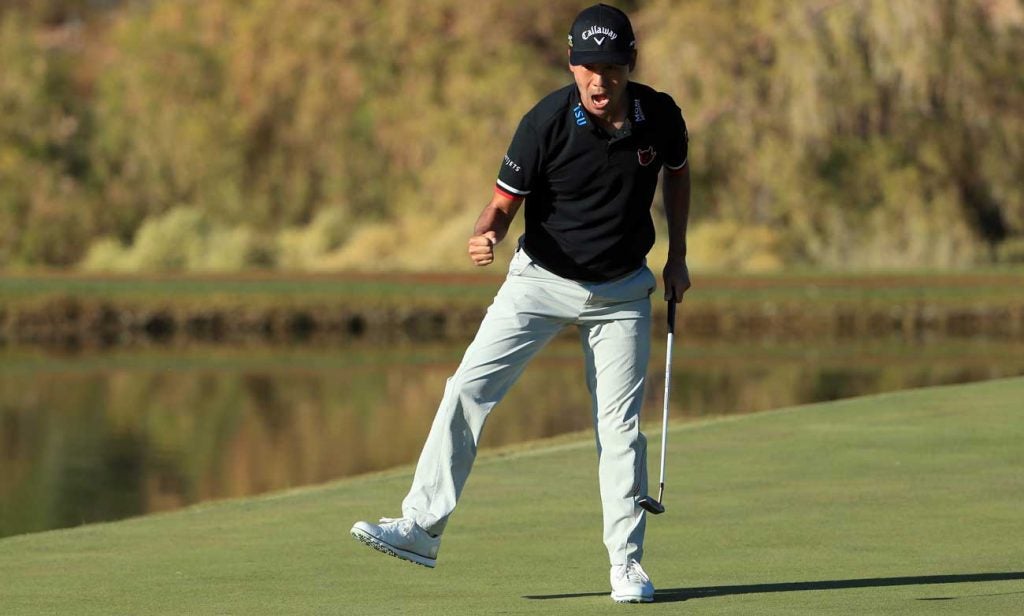 Does the Tour need a rule that says if you want to chase the cash and FedEx Cup point grabs in Asia, you have to play a domestic fall event? Seems like this sort of field could kill the Houston Open -@brianros1

Poor Houston. Not a single player in the top 30 and even the defending champ (Poults) is blowing off the tournament? Clearly the Tour has screwed this up. There should definitely be a bye week, and maybe two, ahead of the fall Asian swing, just as there is one after. Your proposed rule has merit, but I think most players would still want to schedule their mandatory appearance far from the heavy travel demands of Asia. So the fields in Napa or at the Greenbrier would likely improve but Houston would still suffer.

They’re young, but how quickly are Rahm and Cantlay shooting up the Best Player Without a Major rankings? And who bags one first? -@SamKBelden

Rahm is a beast. I think he is definitely the best player who hasn’t yet won a major, but that’s slightly different than having the dreaded title of Best Player Never To Have Won A Major. As I have written before, to earn that honorific you have to have paid a lot of dues, and that includes having your heart broken a couple of times in the majors. Rahm has been sniffing around the leaderboard at a quite a few major championships over the last two years but doesn’t yet have a signature defeat. Anyway, I expect he’ll make all of this a moot point soon by actually winning one.

Are we sure Bryson DeChambeau’s recent vow to “get bigger” this off-season isn’t related to ESPN’s 2020 Body Issue? -@three_putt_golf

There’s something amiss because Bryson is already a big, strong dude. Haven’t the players paid attention to Tiger’s cautionary tale? Golfers should be supple, flexible and wiry strong, but adding a bunch of beef is irresponsible. There is already so much stress on their joints and tendons, how can 20 or 30 unnecessary pounds help? Look at how Tiger’s body has broken under the strain. McIlroy has periodically been dinged up, and Koepka recently underwent stem cell therapy on his knee, to go with his previous wrist injury. Vanity and longevity appear to be at war with each other. 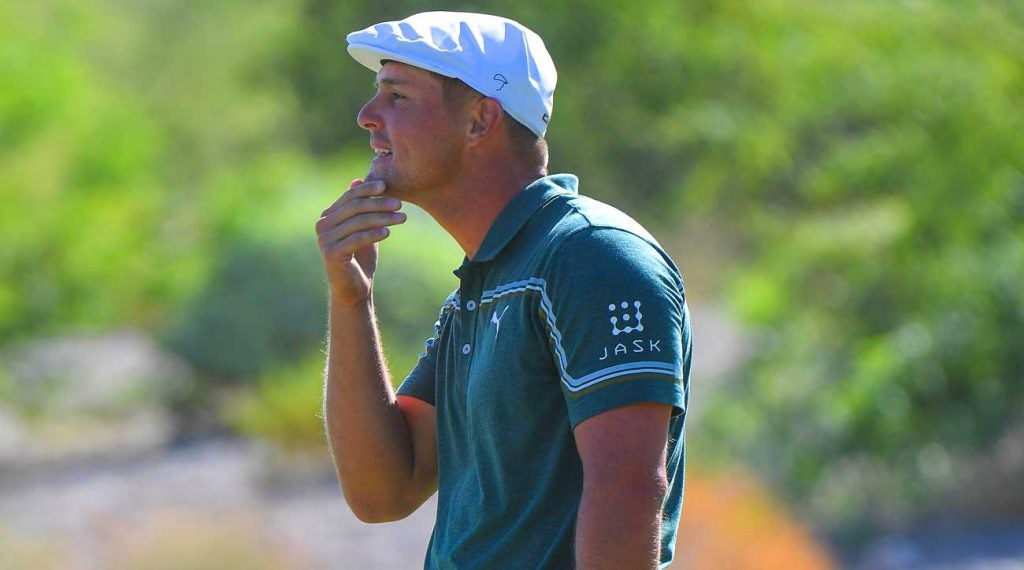 It was interesting to hear him say last week that he thinks he had five or six years left in his prime, but it makes sense. These guys are pushing their bodies so hard and making so much money careers are going to get shorter and shorter. I have no doubt Koepka is going to win more majors, but 10 is a monumental number. That would put him fourth all-time, behind only Jack, Tiger and Walter Hagen. Is Brooks going to win more majors than Hogan? Snead? Player? Trevino? Watson? Palmer? I’m gonna have to say no.

Is it better or worse for the Presidents Cup to be held in December, contra the typical, Ryder Cup-ish spot right after the Tour Championship? -@ANTIFaldo

December is too late. The long, tedious build-up just saps any buzz the event could be enjoying. I think it should come on the heels of the real season, not the tail end of the low-wattage Fall.

Are there many players on Tour, like Kevin Na, who believe five wins would be a great career? Thank you! -@ESPN_SwingCoach

Of course! Jason Dufner has five victories. Same with Luke Donald…Rickie Fowler…Billy Horschel…J.B. Holmes…Hideki Matsuyama…Tom Lehman…John Daly. Some of these guys will win more and move up the list, but you get the point. It’s hard to win on Tour. To do it five times is pretty strong.

If an 18 handicap gets a chance to play in a Pro-Am should he or she save themselves the embarrassment or break out the good shoes and new glove? Asking for “a friend” -@GoranBarnes

Oh, hell yes you should play! It’s a great experience, and the pros have seen every bad shot imaginable. All they really care about is your pace of play — if you pick up every time you’re assured of making worse than a bogey they’ll be delighted by your presence.

You win the lottery and can join any five golf clubs in the U.S. At which five clubs will you not get a hole in one? Why did you choose them? -@RyderHouck

-Cypress Point: Duh.
-Monterey Peninsula CC: two incredible courses, maybe the prettiest driving range on the planet, fantastic food and it’s only a few minutes from my house.
-National Golf Links: Who wouldn’t want to play that course every day? Also, when you sit down for lunch they bring you a whole lobster like it’s salsa and chips.
-Cal Club: An incredibly fun course and one of the best hangs in golf.
-Augusta National: The place gives me the creeps, but it would be a blast to take friends there to liven up the proceedings. And I’d have so much fun swanning around in my green jacket during Masters week while breaking all kinds of rules just to mess with the the stuffier members.