There is a laundry list of things about Bryson DeChambeau, professional golfer, that you’re allowed to be annoyed by.

In no particular order: You may be irritated that he putts with the flagstick in. You may be bugged by how slowly he plays. You can be weirded out by what he said about the Saudi government. You don’t care for his choice in hats. You think he’s leaned too far into the Mad Scientist thing. You think the media has leaned way too far into the Mad Scientist thing, wrecking the fun of the whole deal. You’re put off by the temper tantrums. You wish he’d stop telling you about his swing secrets, especially if they’re going to remain secrets. You’re not even sure how much physics he really even knows!

You are allowed to think and feel all of these things, and yet they all miss the very important point that Bryson DeChambeau unequivocally, unapologetically cares very much, which is actually his best and most important quality of all. More than any lab coat photo shoot or byzantine swing explanation, it is this caring that defines DeChambeau’s game. So when TV cameras caught him off-guard and open-mouthed on Sunday, suddenly realizing his tournament hopes had been dashed by a Matthew Wolff 72nd-hole eagle, it was easy to make fun — but the moment was a reminder that he cares, and cares a lot.

Think of how your prototypical Tour pro would react in the same circumstance. He’d play it off cool, dismissive, nonchalant. DeChambeau would have every right to do the same; he has won five times on Tour and the 2019 3M Open will do little to define his career nor even his bank account. But that’s the whole point, that he cares about all the little stuff, stuff far littler than this.

Consider, earlier, DeChambeau’s reaction in the 72nd fairway, when he hit a high, roping 6-iron from 202 yards to inside 5 feet. Did you see that clenched-jaw two-armed fist pump as he walked up the fairway, understandably elated that he’d pulled off that shot? How often do you see a fairway fist pump? How often do you see the intensity that followed when he buried the putt?

Consider, too, what others have said about his approach, including world no. 1 Brooks Koepka, the anti-Bryson, who has effectively called out DeChambeau for being a slow-playing, over-thinking try-hard. But then, these are different people. They’re different competitors. What’s coolest about Koepka is the way he can elevate his game at big events, seemingly at will: his last six majors (1-T39-1-T2-1-2) versus last six non-majors (MC-T56-T56-4-T50-T57) were plenty telling heading into the week. Koepka finished 65th on Sunday in Minnesota. What’s coolest about DeChambeau is that he has no such chill, no on/off caring switch.

Consider something older: the power of Tiger Woods. It’s often said that Woods made golf cool, but largely how that happened was by making it cool to care, and to try hard — even if you fail. What turns some fans off about Koepka is that he seems like he never cares, which is unsettling. Why should we care if he doesn’t? But the intense emotional investment of Woods and DeChambeau give us permission to dive in alongside them. It’s no wonder the two get along; DeChambeau is Woods’ frequent confidante and practice round playing partner these days and even invoked his name on Sunday.

“I’m thrilled that Tiger has helped make this game what it is and it keeps pushing these young kids to play, and hopefully we can do that for the younger generation out here now,” DeChambeau said. 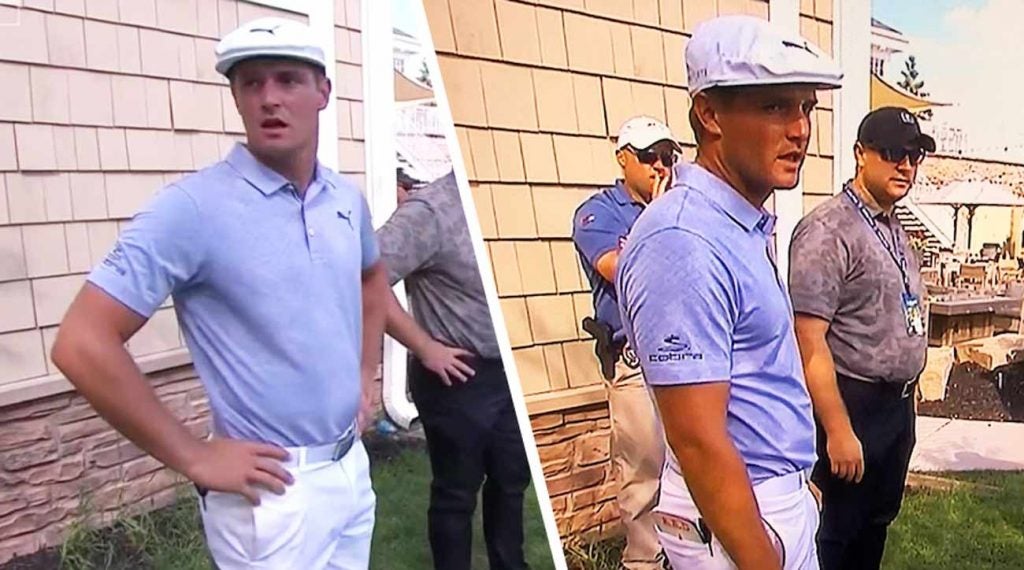 It’s easy to admit you cared when you win; crying winners are celebrated, their stories of trial and tribulation held up as a reminder of the triumph of perseverance. But admitting just how much you cared when you’re losing? That’s a far more vulnerable space to occupy.

“I’m pleased. Obviously disappointed that I didn’t win,” DeChambeau admitted after his round, after his viral reaction moment was caught on tape. “I knew I could win. Shoot, it was frustrating, you know, especially coming up — walking up 18, signing the scorecard and going, all right, there’s going to be a playoff, especially seeing where they were.” He paused for a moment, recalling the blindside moment. “I had no idea they would make that putt.”

There have been moments of immaturity DeChambeau has shown over the years, knee-jerk reactions when things haven’t gone his way, but he’s gotten measurably better at that part, too. So it was a notable moment for a guy who cares so much to take a hard loss and head to the autograph line anyway, and to sign for kids until he paused to greet Matthew Wolff as he came off No. 18, and to tip his cap to the guy who beat him.

“Sometimes you’re just not going to get your way, you know?” he said. “I gave it my all.”