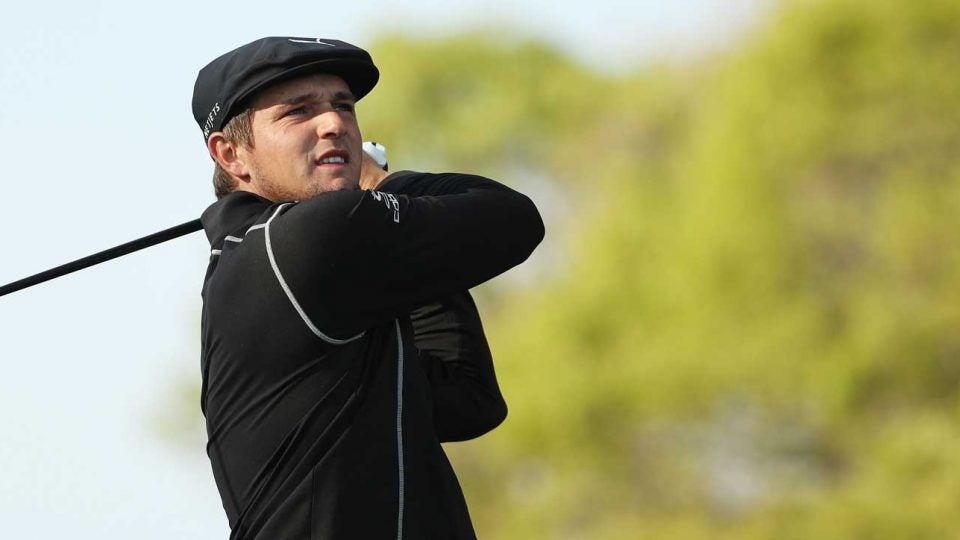 Bryson DeChambeau is likely to miss the cut after a woeful start to his second round Friday.
Getty Images

FARMINGDALE, N.Y. — Most every player at the PGA Championship has been happy to discuss the difficulty of Bethpage’s Black course, but few have challenged its setup. Bryson DeChambeau is one of them.

DeChambeau shot a first-round 72 (two over) Thursday and spoke with GolfChannel.com’s Will Gray afterward. “If you really want to prove who the best champion is, it’s not a long-drive contest,” DeChambeau told Gray. “It’s about precision…When you start lengthening it to the amounts that they’ve been lengthening it to, I just personally think that it’s a mess-up.”

Bethpage Black played to 7,406 yards Thursday, and an average score of 73.064 (par 70). With heavy rough and tight fairways, it is an absolute test for the best in the world. The only man without a bogey this tournament was Brooks Koepka, your leader and No. 3 player in the world.

DeChambeau hit 8 of 14 fairways during his first round, and at 40th in the field in distance, he finished 80th in strokes gained: driving. And yet the length of this course has no doubt bothered him. “You just can’t make golf courses that long with guys on the lower end of the stick driving it 275, 280, 290 and then hitting hybrids into greens,” he said.

The course paid him no favors when he returned early Friday morning. Starting his round on the brutal 10th hole, DeChambeau’s drive landed in a fairway bunker and he was unable to advance his approach to the green. He would leave his third shot short and then two-putt his way to a double bogey. Karma?